Two teens hospitalized after being hit by vehicle in Chandler 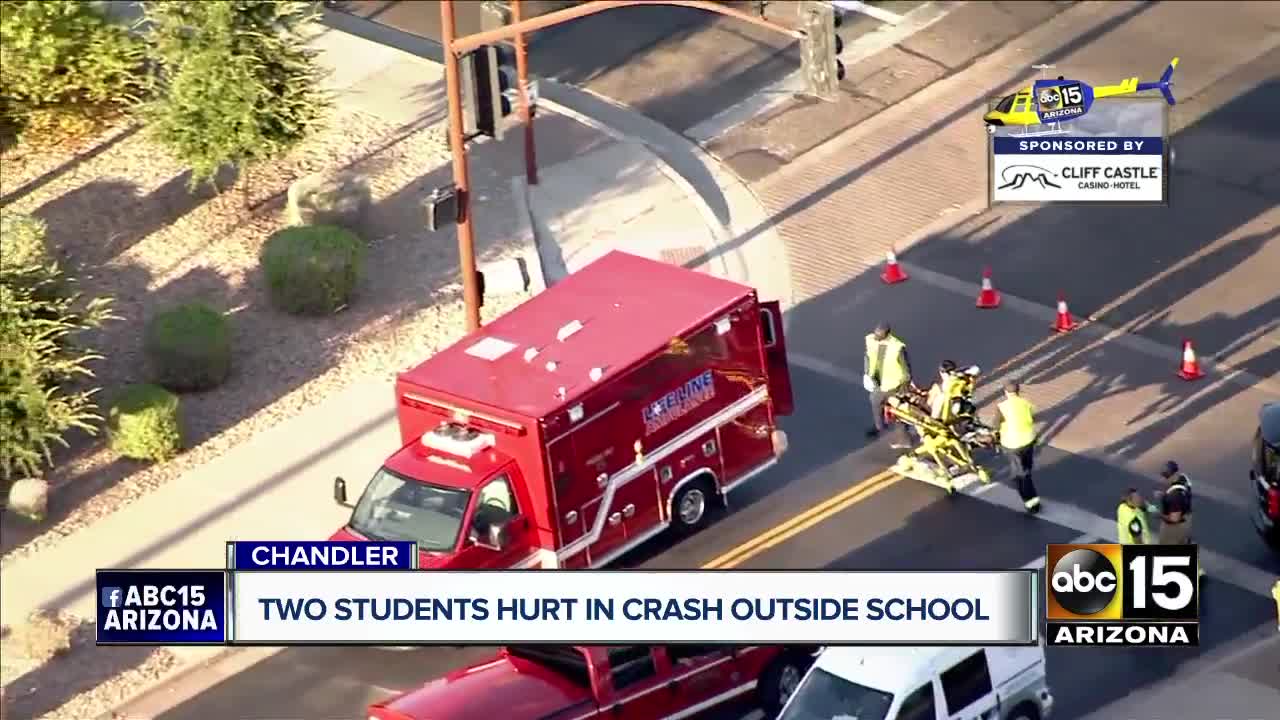 One teen seriously hurt, the other suffering minor injuries in crash near Arizona Avenue and Chandler. 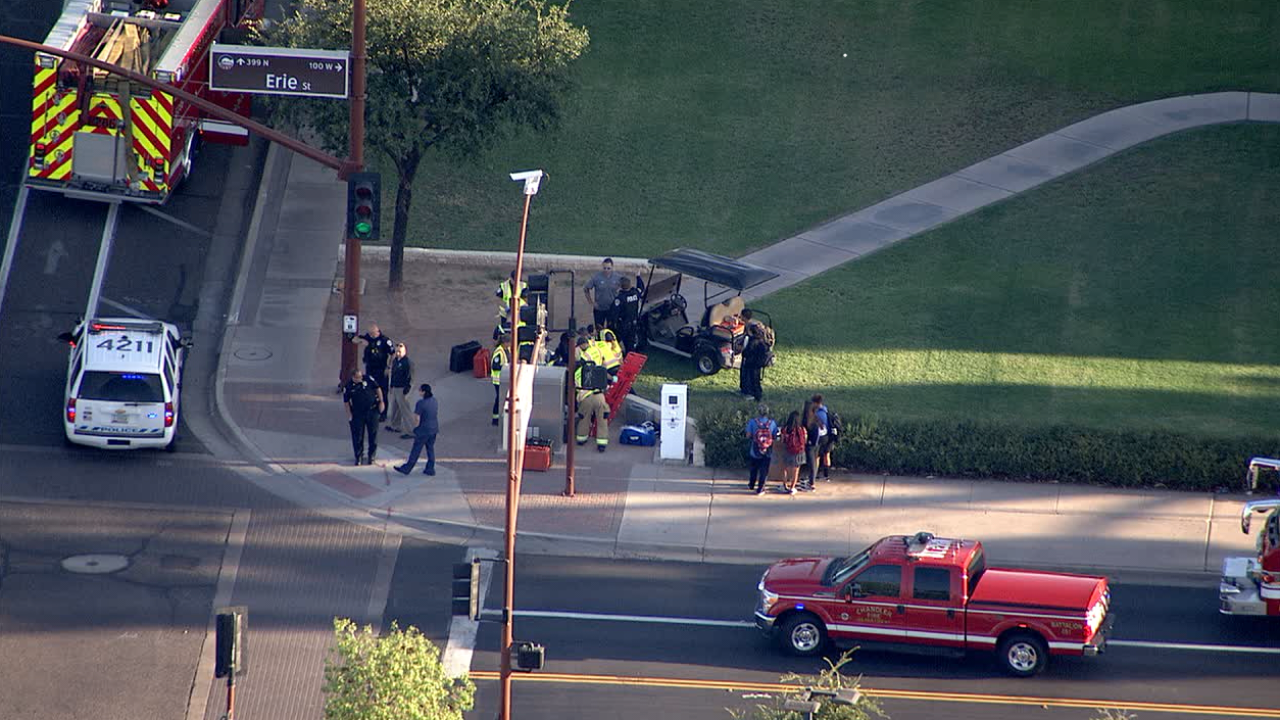 CHANDLER, AZ — Two teens have been hospitalized after being hit by a vehicle outside Chandler High School Wednesday.

The Chandler Unified High School District confirms both pedestrians hit are students at Chandler High School, but their exact ages haven’t been released.

Chandler fire says one victim suffered serious injuries while the other has minor injuries.

It’s unclear whether or not the driver involved stayed on scene, or if the teens were in a crosswalk at the time.

Stay with ABC15 and abc15.com for more on this developing situation.