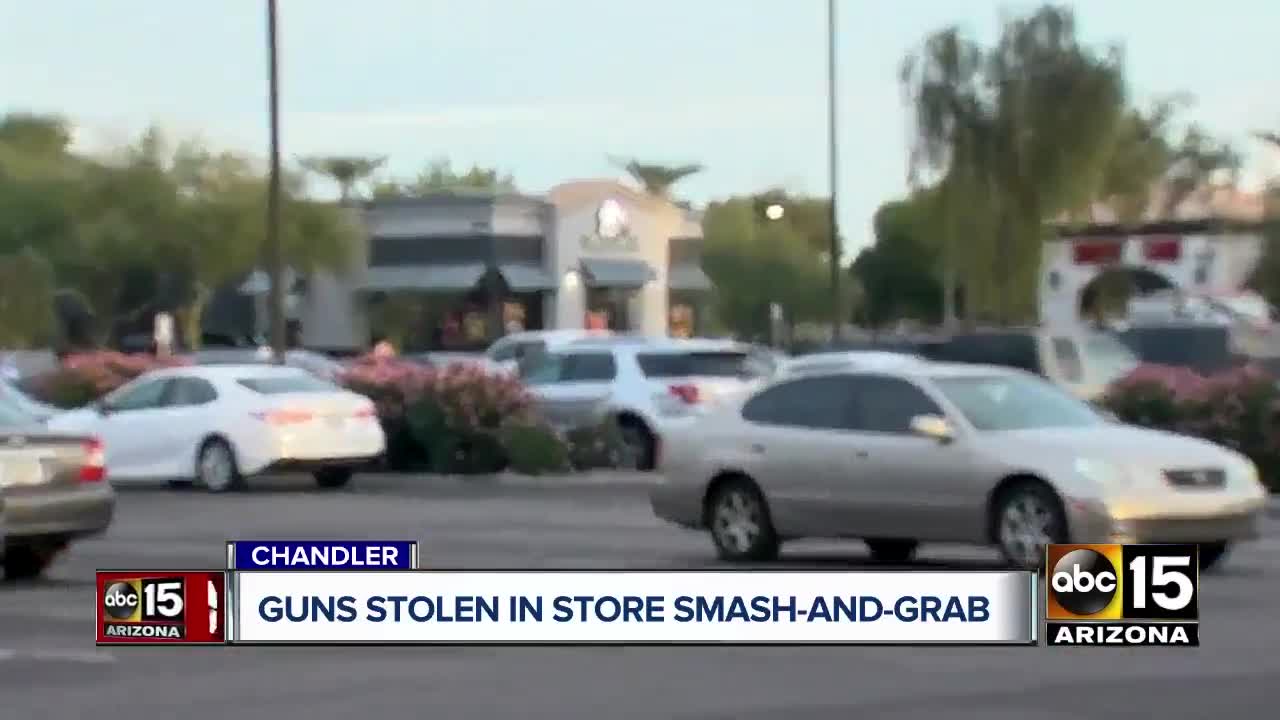 Police say Miguel Gomez and Alicia Gonzalez drove a vehicle through the doors of a store and made off with 21 pistols. Nine of those have yet to be recovered by police. 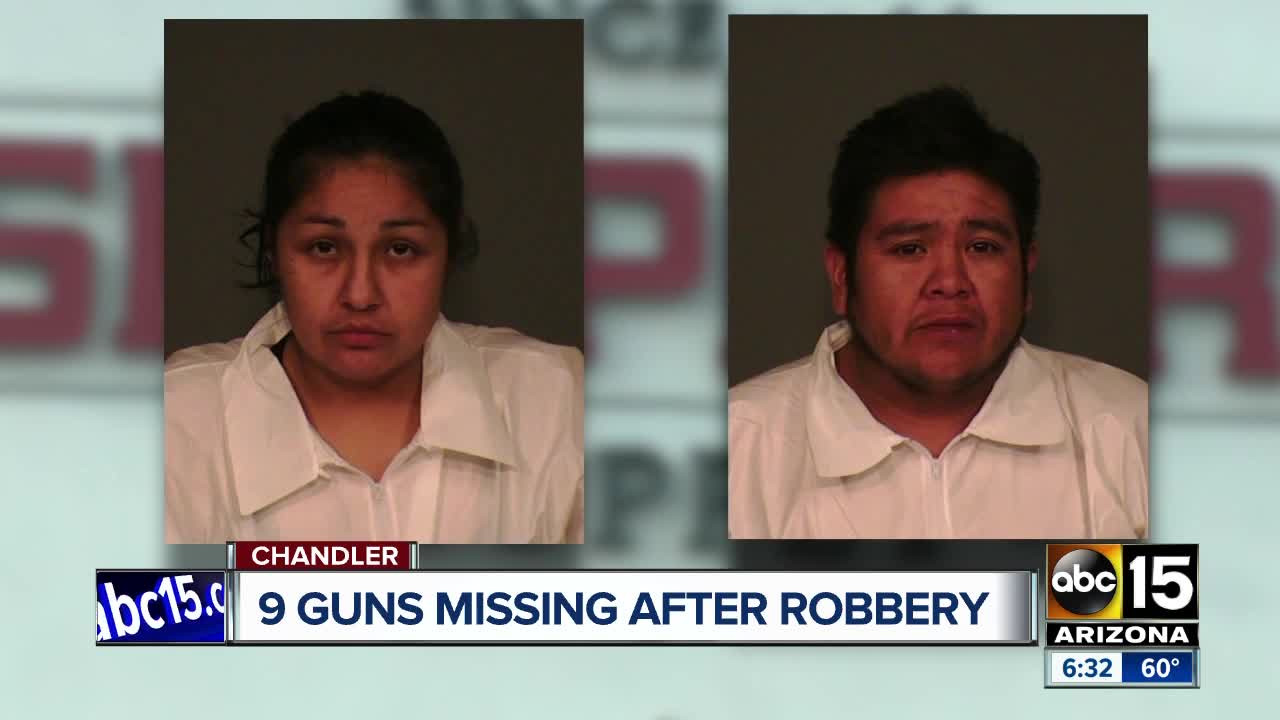 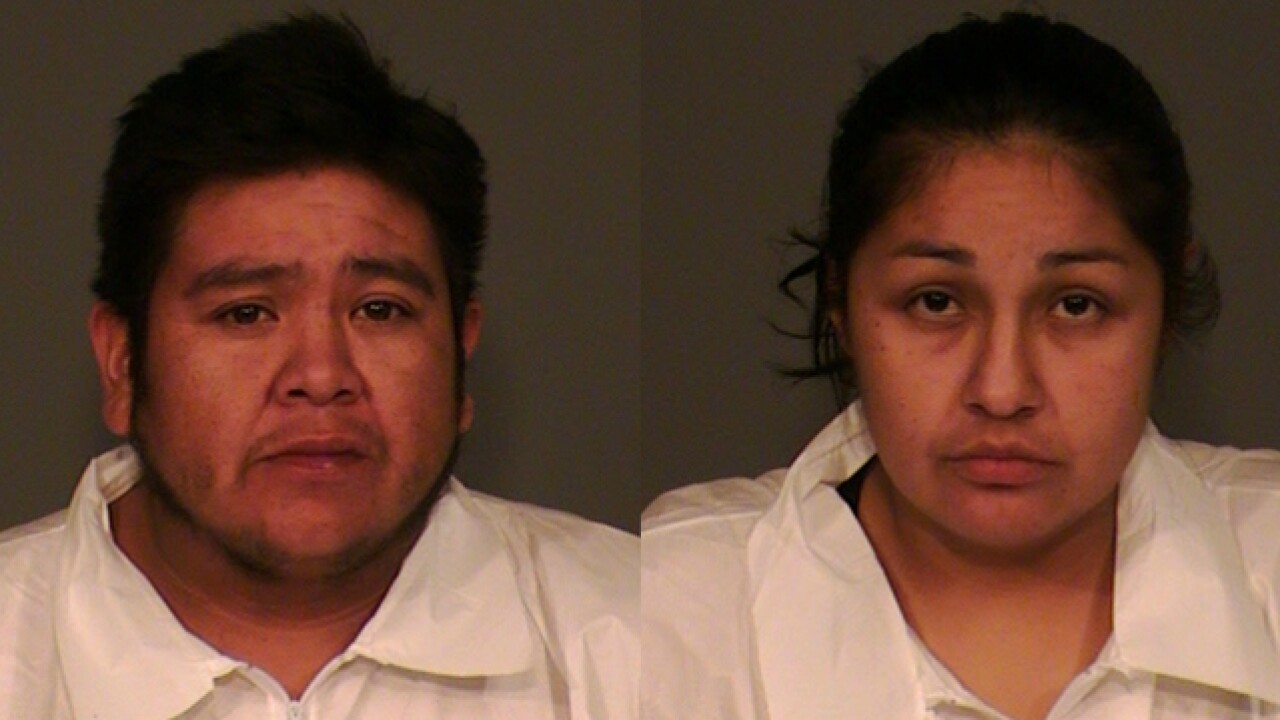 Two people have been arrested after driving through the entrance of a Chandler store and stealing nearly two dozen handguns, police say.

The incident happened around 11 p.m. Monday at the Shopper’s Supply near Alma School and Queen Creek roads.

The two suspects allegedly drove a stolen red Dodge pick-up truck through the entrance, and into the firearms department.

The two fled the store on foot and ran to a nearby farm. A third woman then picked up Gomez and Gonzales in a maroon Chevrolet truck and the group drove away.

A Chandler officer attempted to stop the truck, but the driver failed to yield, leading to a pursuit.

The pursuit continued onto the Gila River Indian Reservation where all three were taken into custody.

Of the 21 guns stolen, 12 have been recovered, Chandler police say.

Gomez and Gonzalez both have several arrest warrants out of Chandler and other areas. Police believe all three people were under the influence of methamphetamine at the time of the incident.

Gomez and Gonzalez were booked on one count of first-degree burglary, criminal damage, and theft of means of transportation. Gomez was also charged with one count of unlawful flight from a law enforcement vehicle.

The third person involved was released without any charges.

Police say the third woman was unaware of the burglary, and when she got to the farm, Gomez took over as the driver.

Police are working with the Bureau of Alcohol, Tobacco, and Firearms to locate the missing guns.