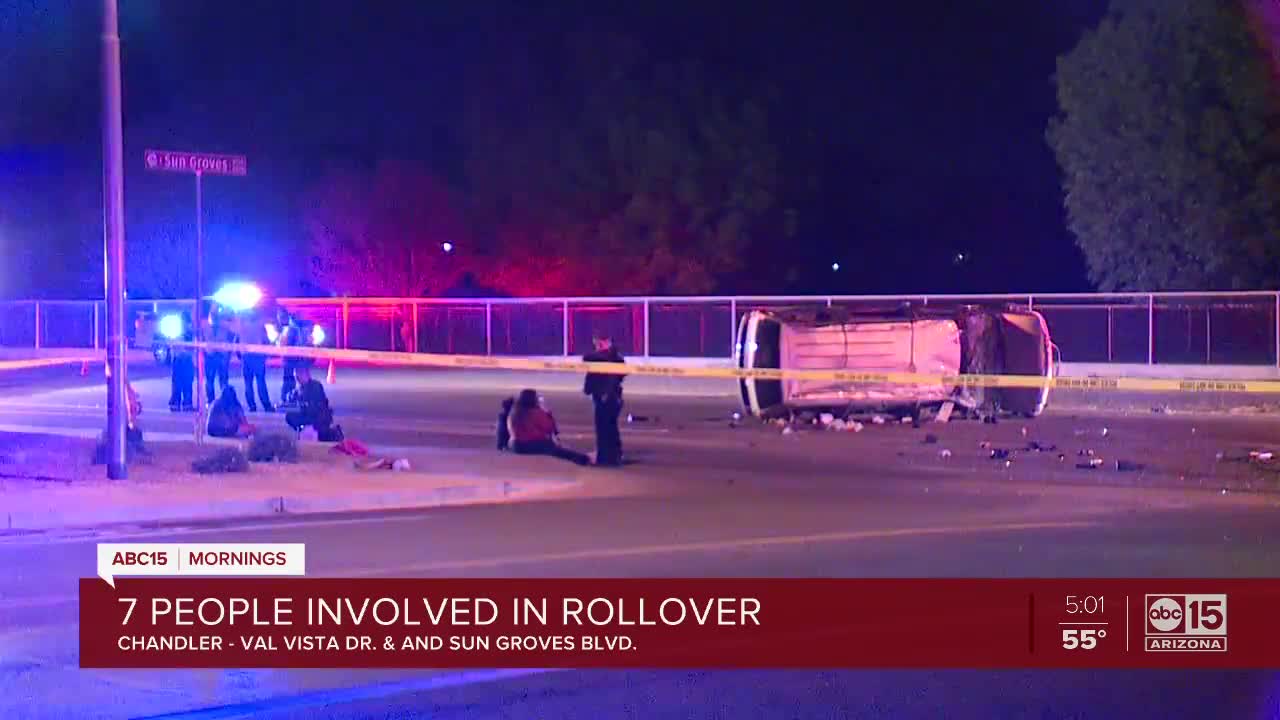 Seven people, including six juveniles, were hurt in a rollover crash in southeast Chandler. 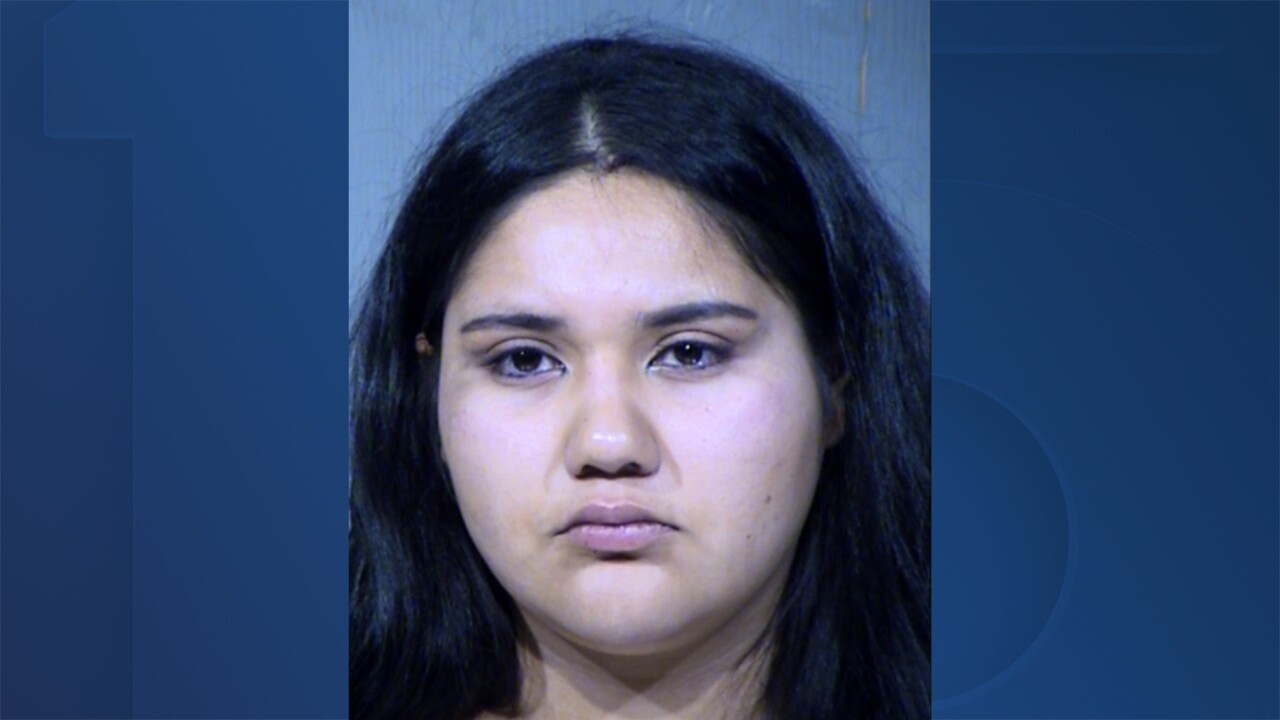 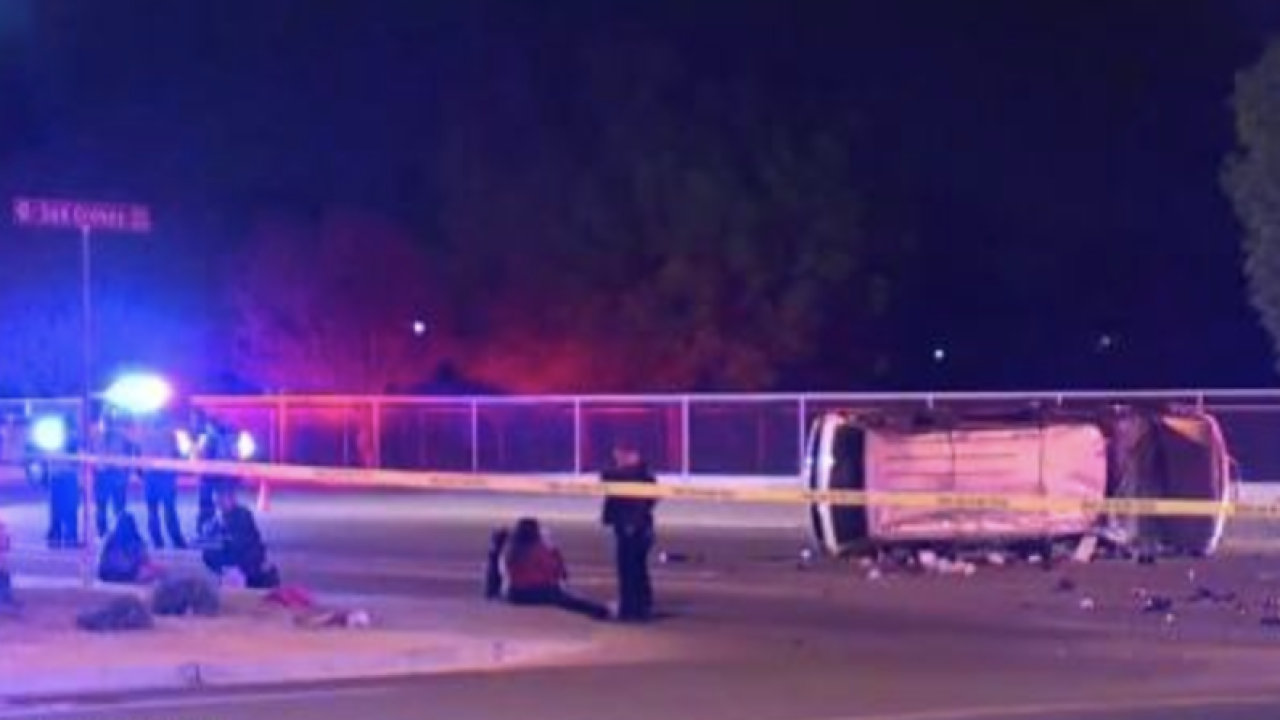 CHANDLER, AZ — Three juveniles are at a hospital with serious injuries after an early morning crash.

Chandler police clarifying to ABC15 that seven people, including 5 juveniles, were in a van when it flipped over early this morning near Val Vista Drive and Hunt Highway in far southeast Chandler.

Two of the juveniles were thrown from the van during impact. Those two, plus a third juvenile, were taken to a hospital with serious injuries. Authorities say they are expected to survive.

The van was the only vehicle involved. Investigators say the driver, 21-year-old Michelle Andrade, hit a dirt shoulder and when she tried to correct back onto the roadway lost control causing the van roll over.

During an investigation officers determined Andrade was impaired. She was arrested for numerous DUI related charges, including aggravated assault and endangerment, according to police.

Stick with ABC15.com as we work to learn more information.