Suspect at large after robbing Chandler Bank of America 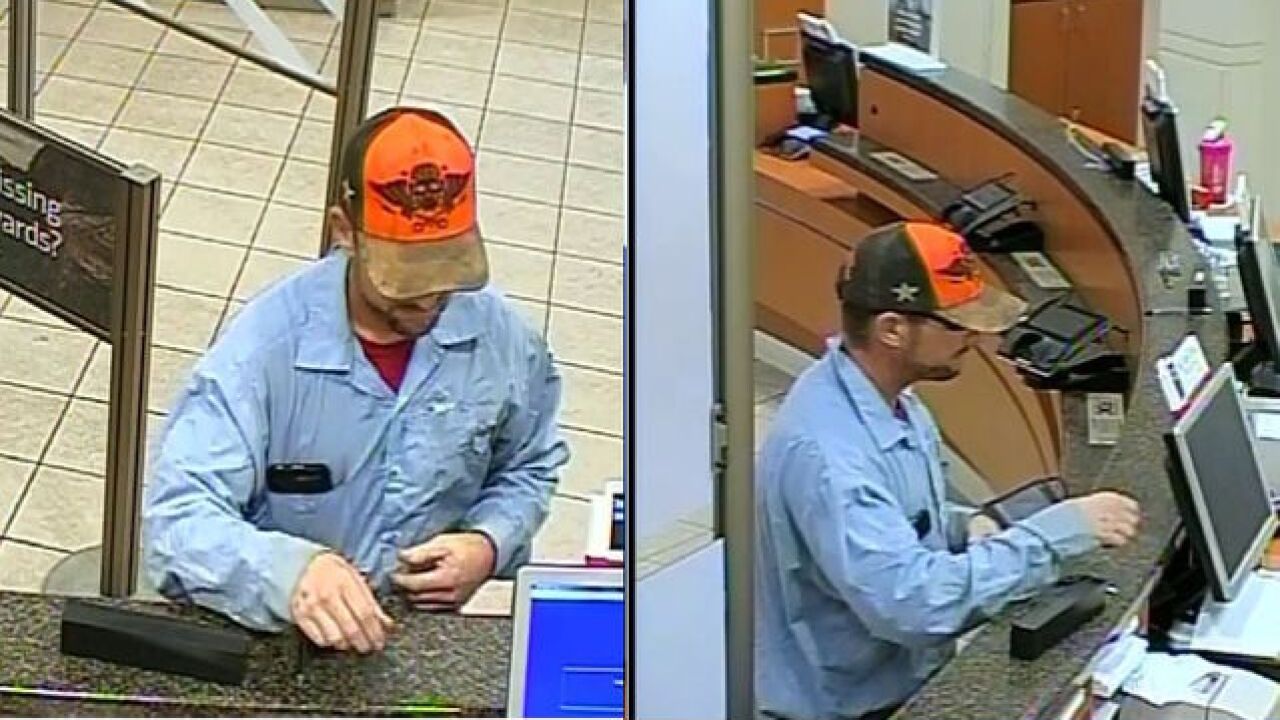 Copyright 2018 Scripps Media, Inc. All rights reserved. This material may not be published, broadcast, rewritten, or redistributed.
Chandler police 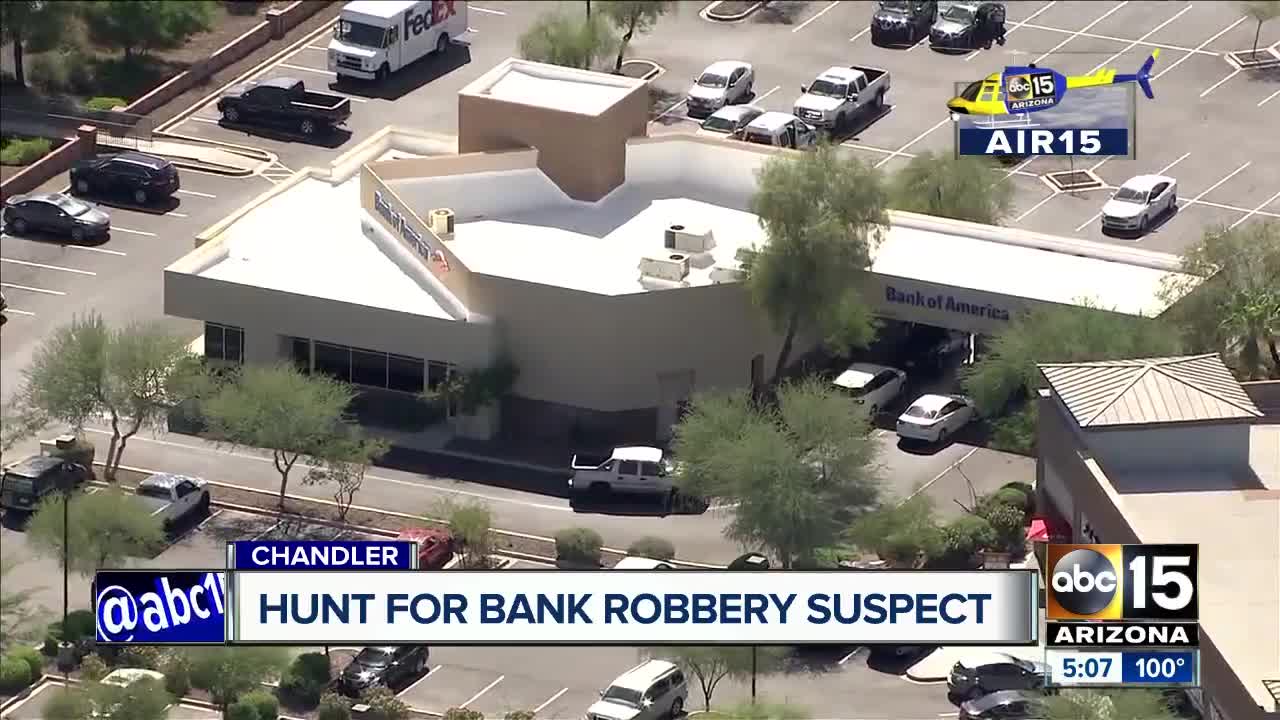 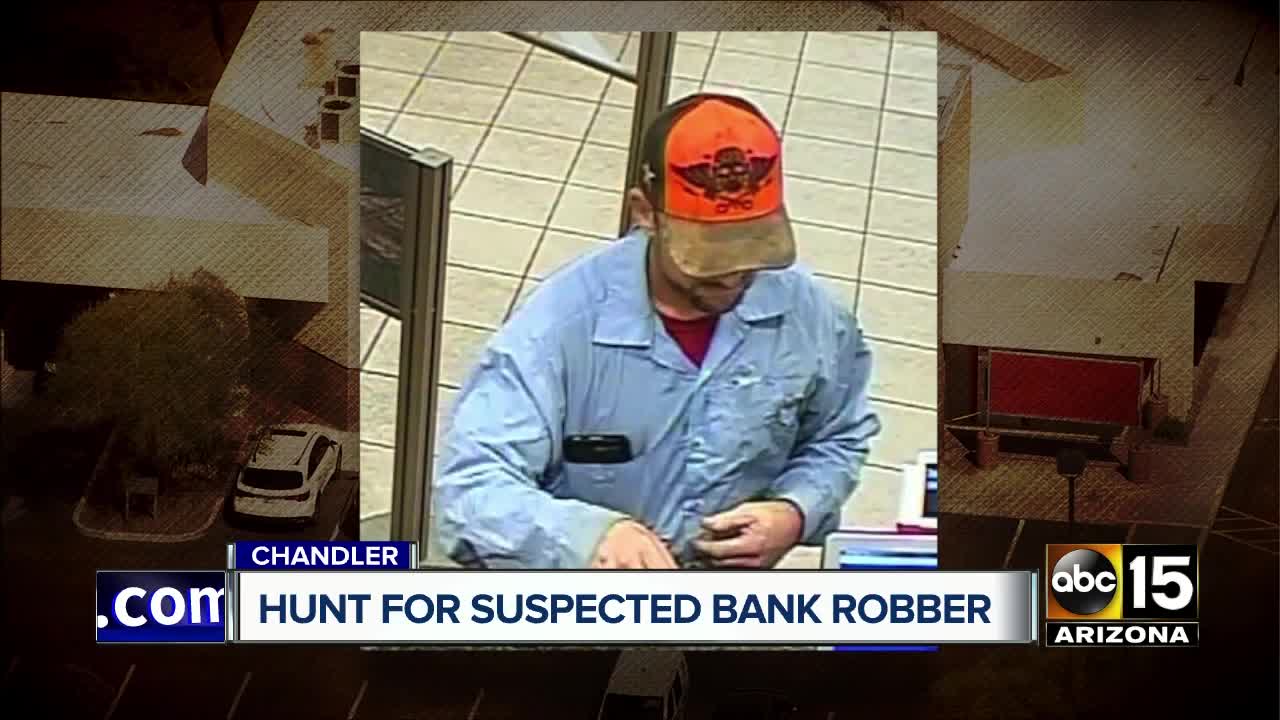 A suspect is at large following a bank robbery at a Bank of America branch in Chandler Tuesday afternoon.

The incident happened near Chandler Boulevard and Price Road at 1:44 p.m.

On Wednesday, Chandler police released more details and a description of the alleged suspect.

Police said the suspect handed a note to the teller and was given an undisclosed amount of money. He then ran away headed westbound.

The suspect is described as a white male in his early 40s, between five feet and 6 feet tall, medium build,
tan" and "scruffy," according to police. He was last seen wearing an orange and black baseball hat, sunglasses, a light blue long-sleeve button down shirt with a red shirt underneath.

Robberies AZ
Infogram
Copyright 2018 Scripps Media, Inc. All rights reserved. This material may not be published, broadcast, rewritten, or redistributed.