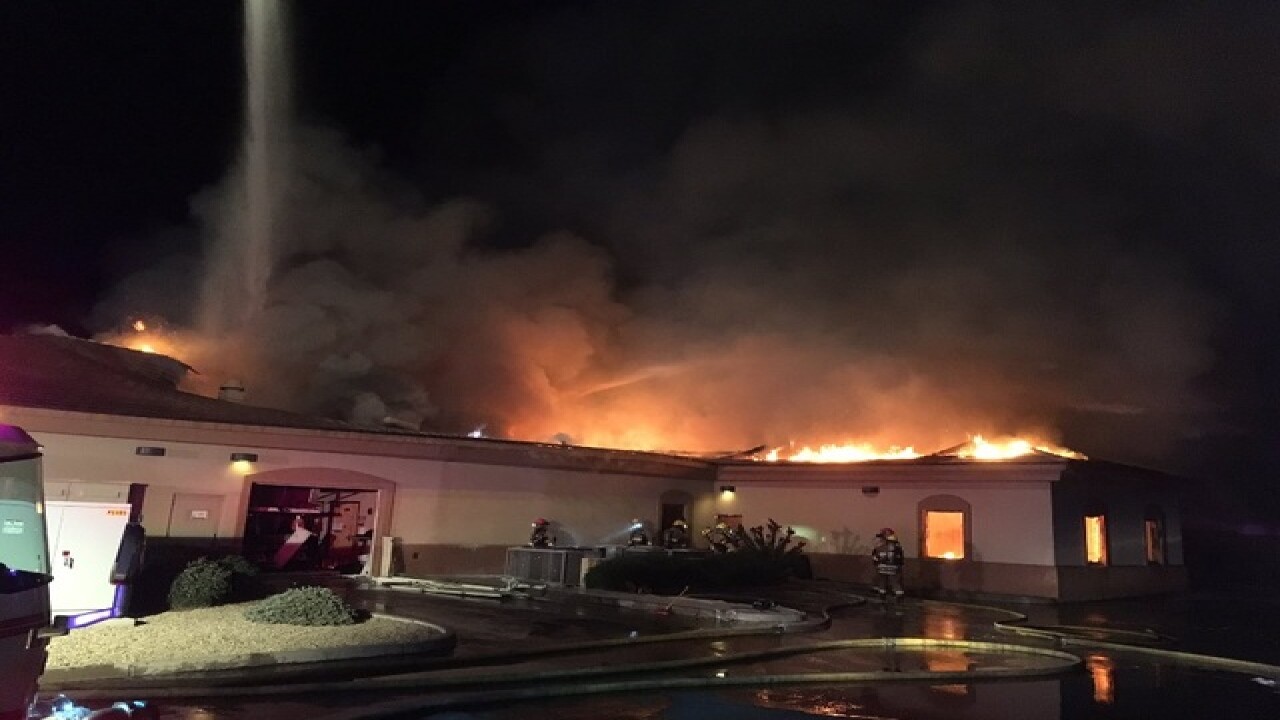 More information is coming to light about a fire at a Chandler mortuary earlier this month.

The fire sparked Jan. 8 at Valley of the Sun Mortuary and Cemetery near Chandler Heights and Alma School roads.

According to a company spokesperson, there were seven bodies inside the building at the time of the blaze, however, the cremated remains were recovered and are OK.

The fire was contained to one building and crews fought the flames from outside. The building sustained extensive damage, but no other information is known at this time, officials said.

An investigation is ongoing and families affected by the fire were contacted by the mortuary and other arrangements were made. It's still unknown what sparked the blaze.