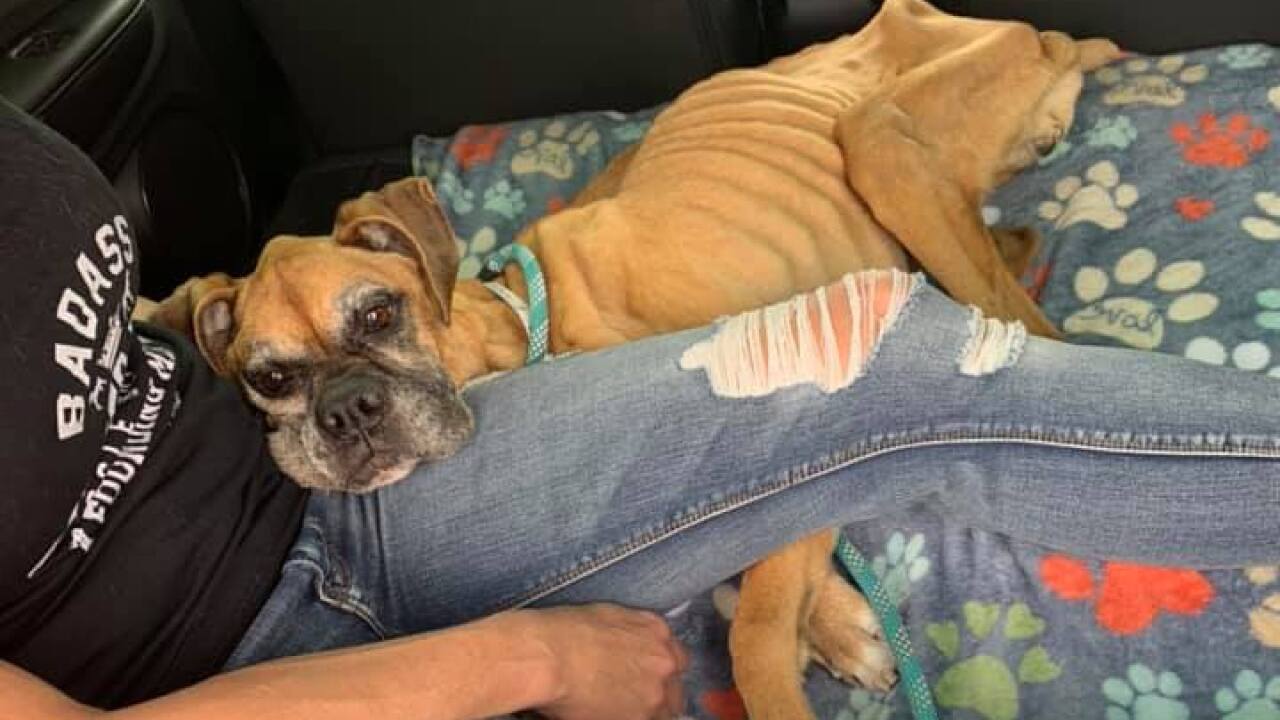 CHANDLER, AZ — Boxer Luv Rescue is looking for information about a seriously ill dog that was found under a tree at a Chandler park earlier this month.

The dog was found on March 4 and taken to 1st Pet veterinary hospital. She was eventually taken to Arizona Humane Society’s Second Chance Hospital where she was cared for and placed on a stray hold.

No one came to claim the extremely emaciated dog, which staff named Shannon.

On Monday, the rescue pulled the dog from the hospital and began looking deeper into her poor health. They found she had a massive abdominal tumor and had been sick for quite a while. Shannon apparently could no longer walk or stand while the tumor was pushing up on her organs and spine.

They decided to euthanize the suffering dog after a day of spoiling her, but they’re hoping to learn more about what happened.

“Do you recognize her? Did you find her and take her to 1st Pet on the 4th? We're gathering information in the hopes that we can, eventually, find who was responsible for, what appears to be, neglect and abandonment,” Boxer Luv Rescue posted on Facebook.

They believe she was dumped at the park because she didn’t have enough strength to stand, let alone get there on her own.