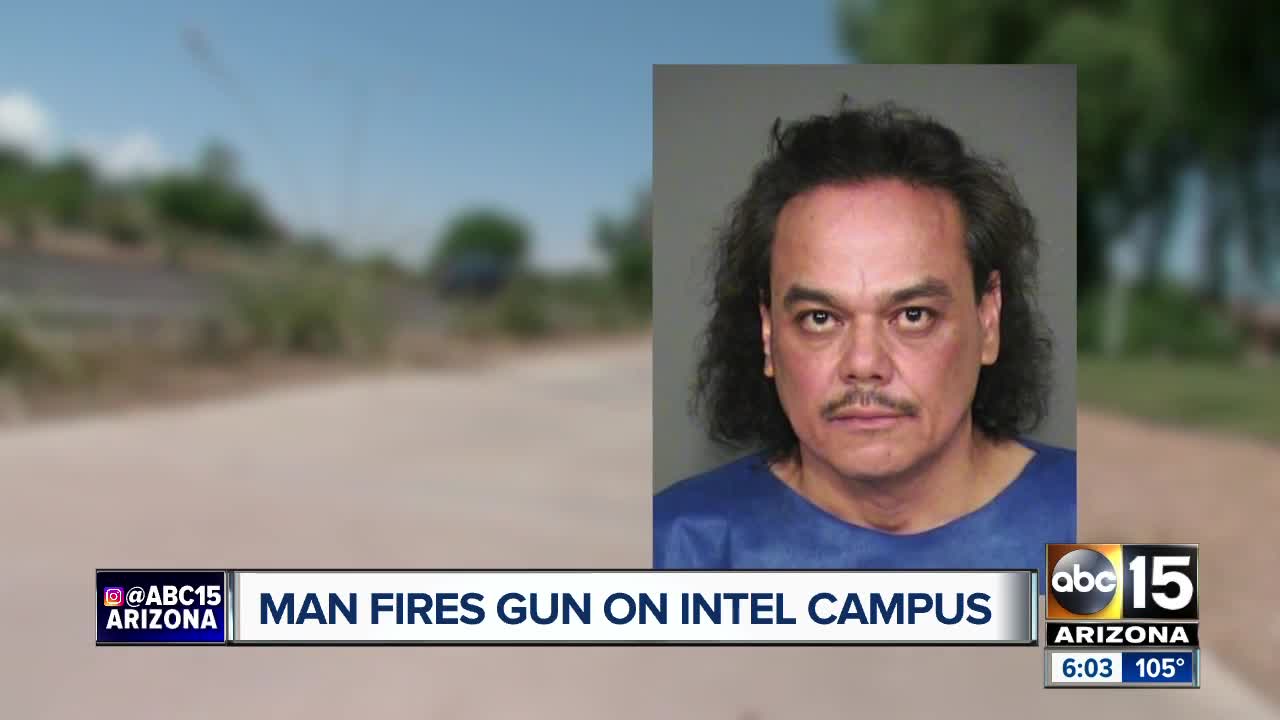 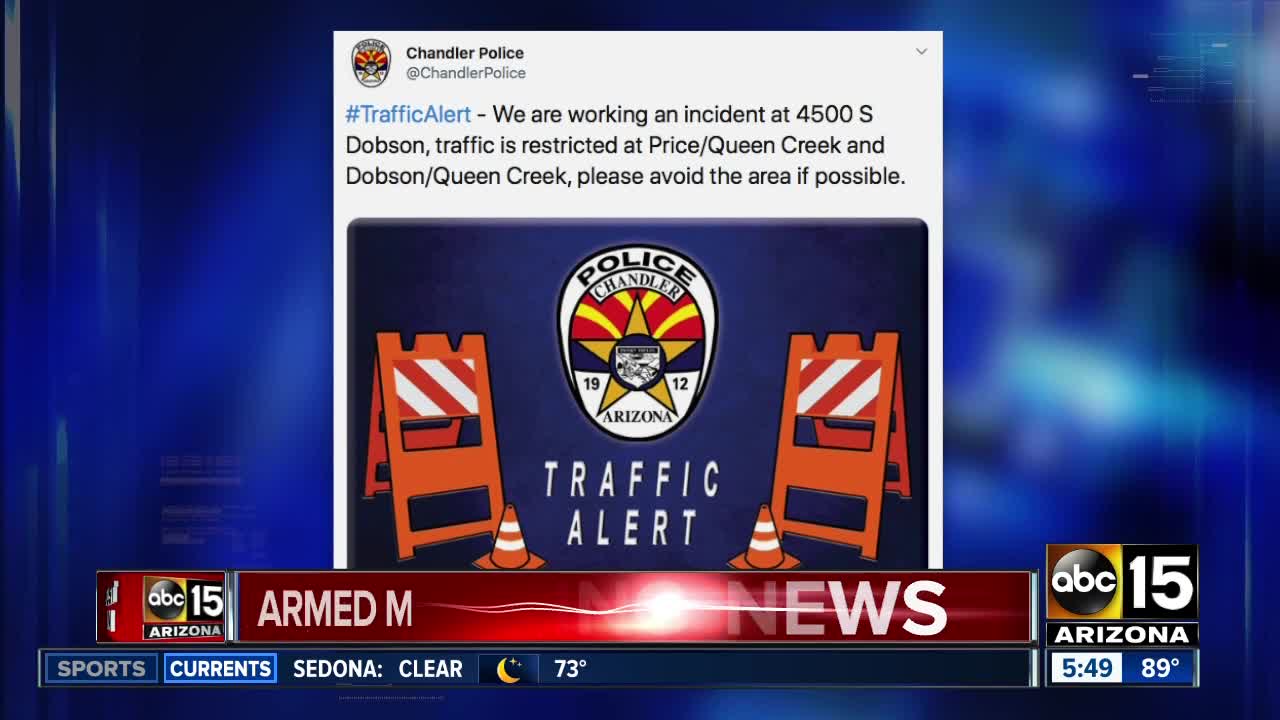 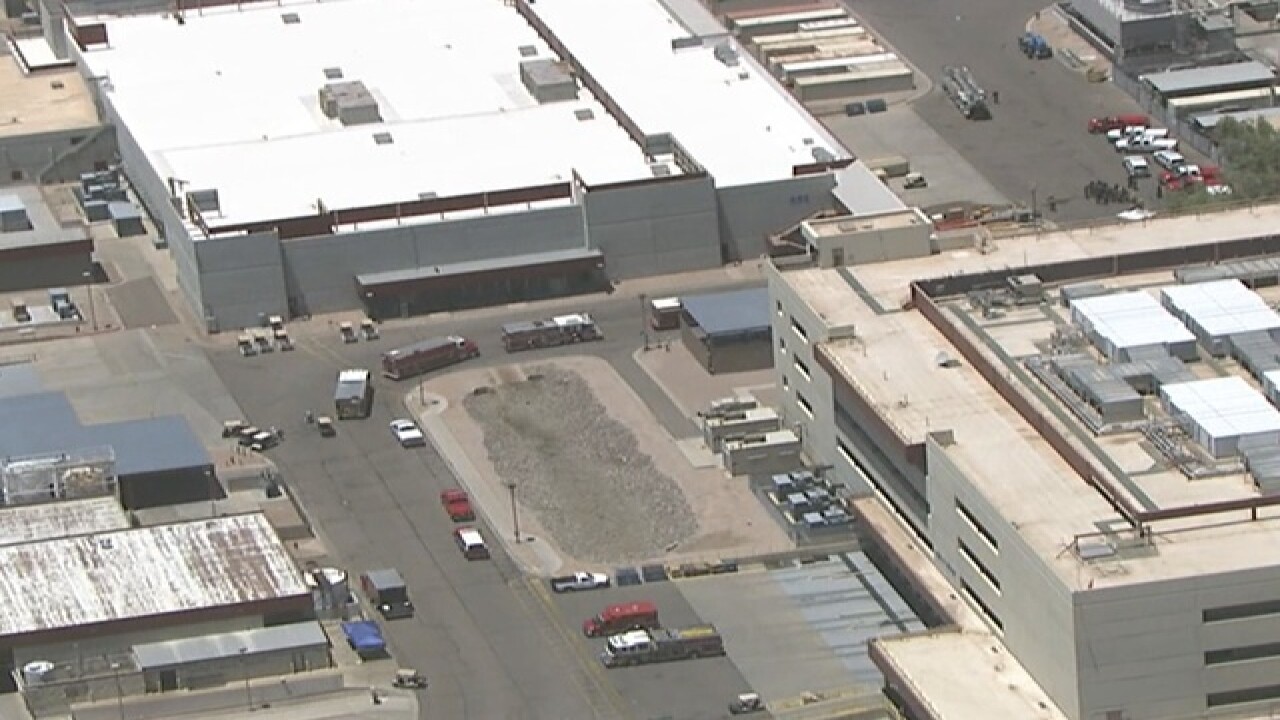 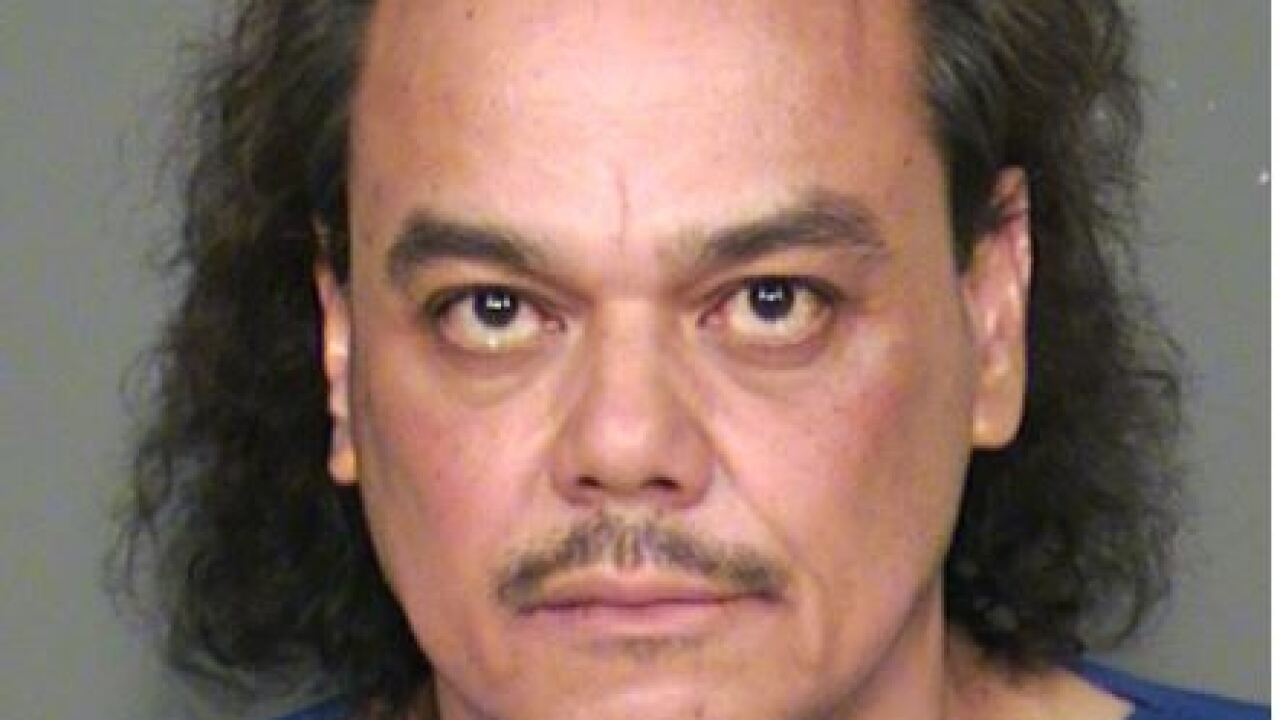 CHANDLER, AZ — Police said a man was arrested early Thursday morning at Intel's campus in Chandler after apparently firing a gun at the ground.

A spokesperson for Chandler Police said in an email that officers were called to a parking lot at Intel's Campus, near Price and Ocotillo roads, after receiving a report of a man there with a gun. The caller told police that the man had fired two shots.

#TrafficAlert - We are working an incident at 4500 S Dobson, traffic is restricted at Price/Queen Creek and Dobson/Queen Creek, please avoid the area if possible. pic.twitter.com/3hzE0qvDyv

According to court paperwork, 54-year-old Stephen Bradley ran out of gas on the Intel property, exited his SUV and pointed a shotgun at at least one person before discharging the shotgun in the air.

Police found Bradley in the northeast corner of the parking lot with the shotgun. He set it down and was complaint with authorities.

Bradley did not give police a motive for the incident, but he reportedly made “nonsense statements” and displayed signs of either drug use or mental illness. Bradley reportedly thought he was in Nevada.

Bradley was arrested for aggravated assault, endangerment, and discharging a firearm in city limits.