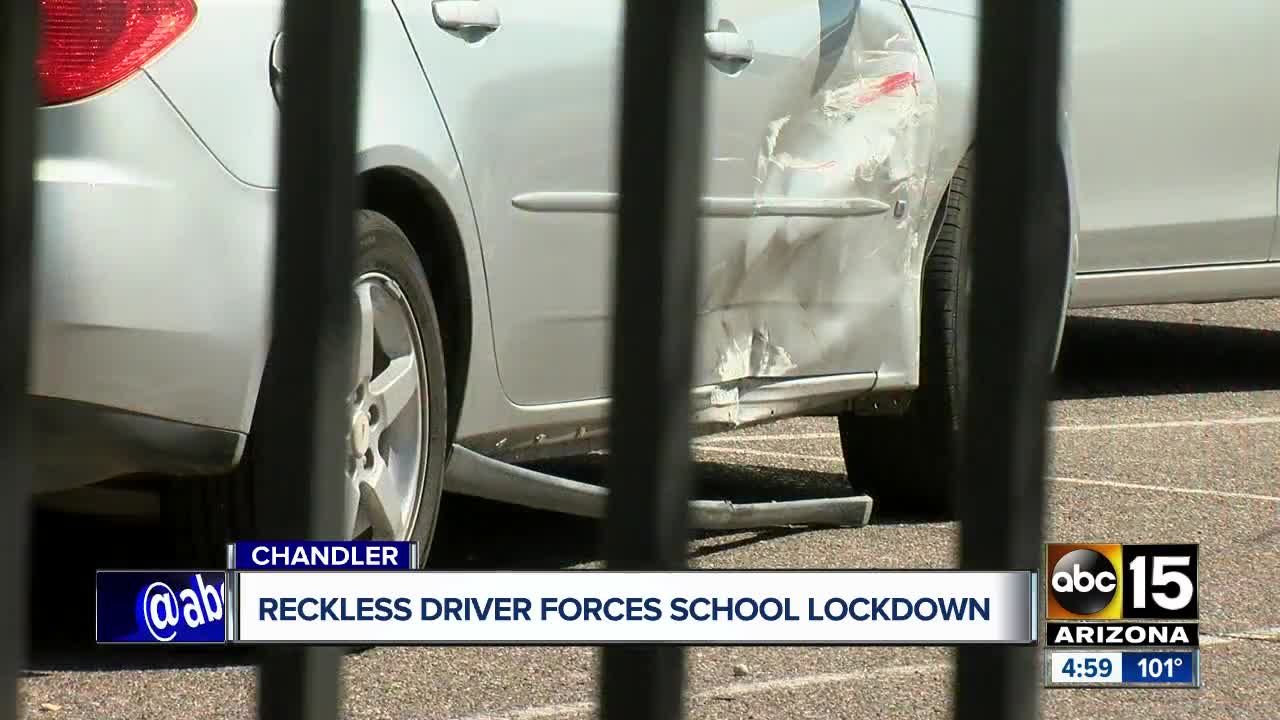 A lockdown at Chandler High School has been lifted, but police are continuing to search for a woman who attempted to hit an officer in the campus parking lot before fleeing and abandoning her vehicle. 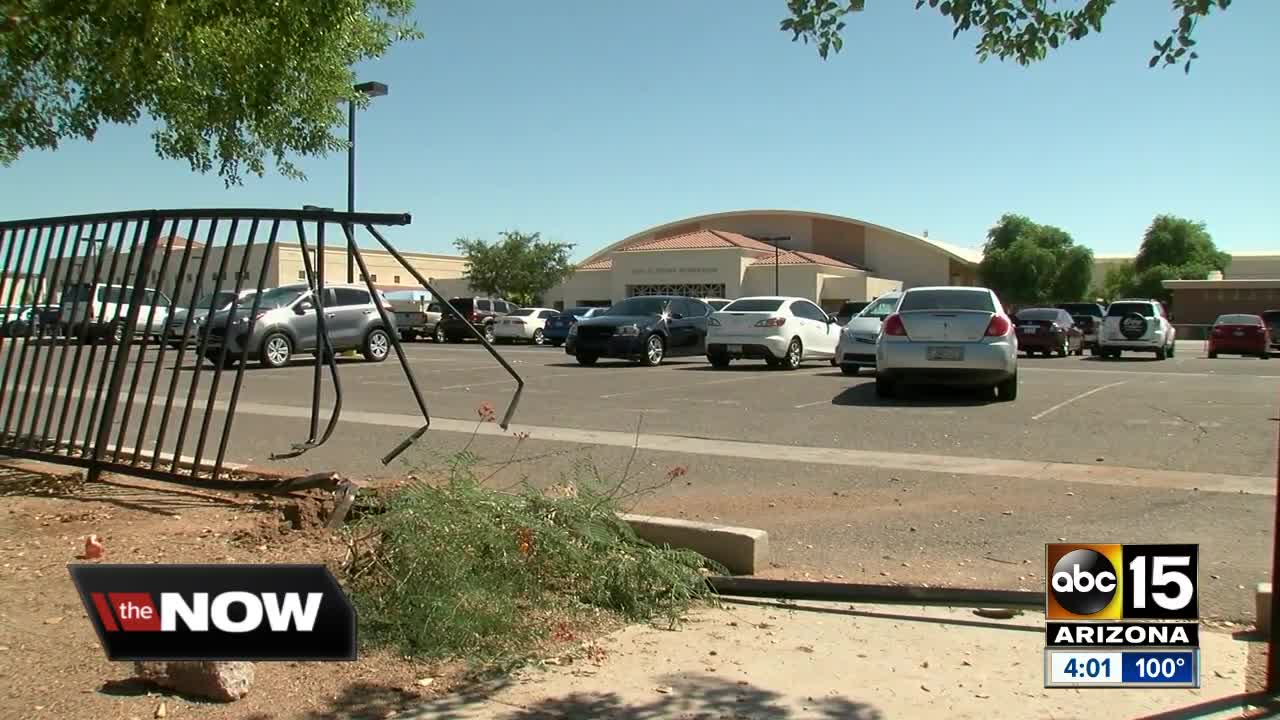 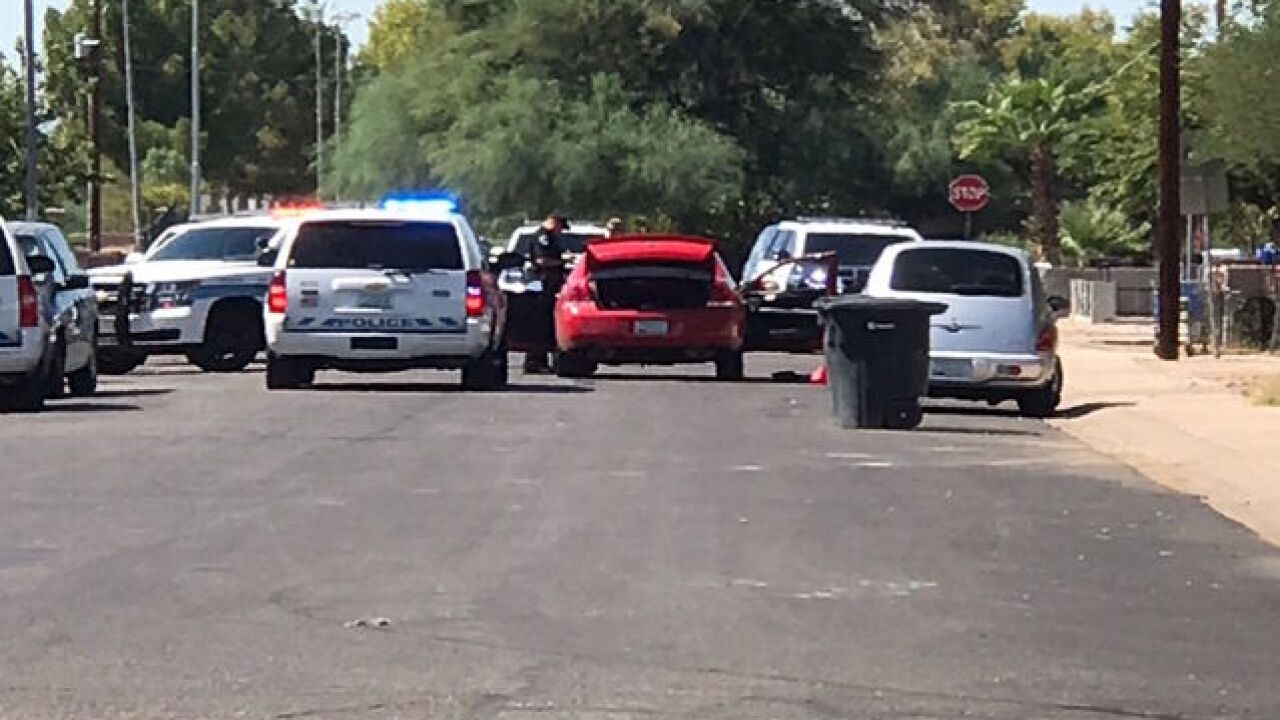 A lockdown at Chandler High School has been lifted, but police are continuing to search for a woman who attempted to hit an officer in the campus parking lot before fleeing and abandoning her vehicle.

Chandler police Det. Seth Tyler said officers responded to the school Friday morning after a resource officer contacted a woman and two men in a red Chevrolet in the parking lot.

According to Tyler, when questioned, the woman said she was picking up her child but couldn't give the name of a student.

After a verbal altercation, the woman fled from the officer, crashing into at least one other vehicle in the lot.

Tyler said the woman then tried to strike the officer with her car before driving through a fence and fleeing the area. One of the men inside reportedly jumped out and was apprehended by police. He is currently being questioned.

The woman's vehicle was found abandoned in a neighborhood a few blocks south of the school.

Tyler said the school was on lockdown for precautionary reasons, but it has since been lifted.

"Some of the girls in my class were actually crying, it was really bad," said Diamond Martinez-Clark, 13, and a freshman at Chandler High School.

The female driver, described as a heavy-set Hispanic woman, is still being sought.

Chandler PD on scene searching for a woman who fled in vehicle front eh Chandler HS parking lot and allegedly tried to hit an officer as she ran. We’re in a neighborhood just south of the school where the action is. @abc15 pic.twitter.com/QbVwqaz576