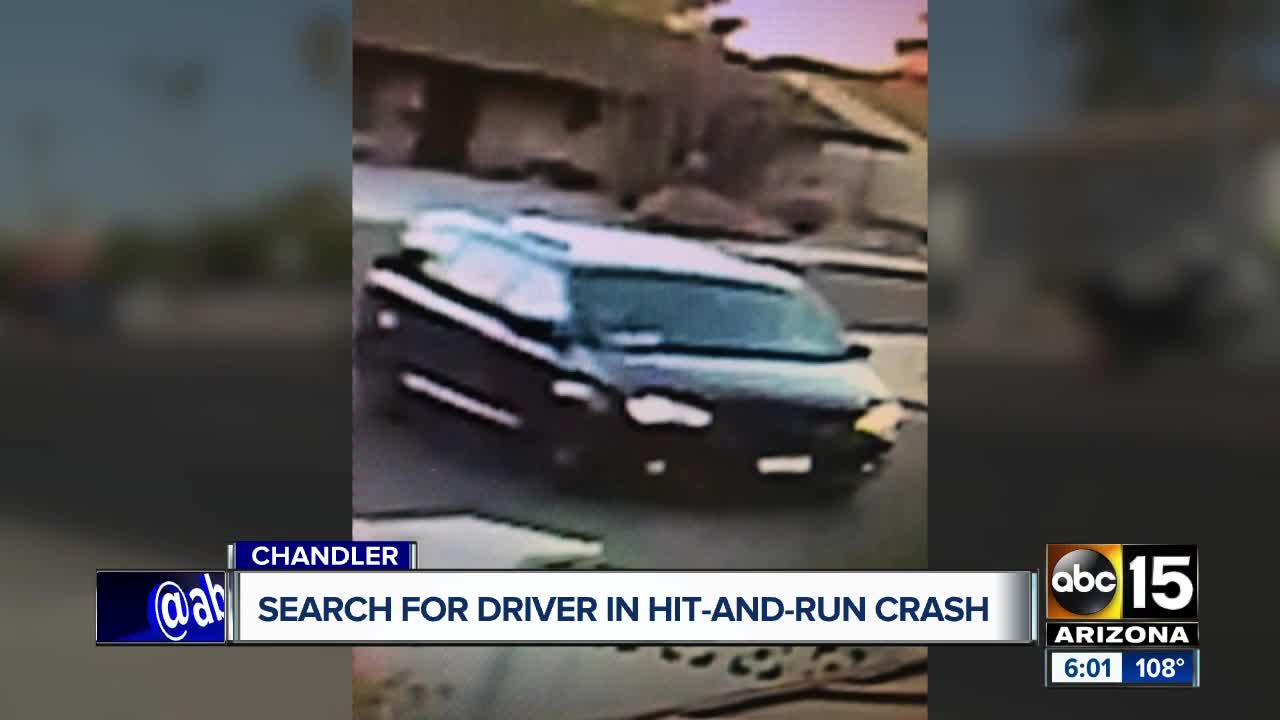 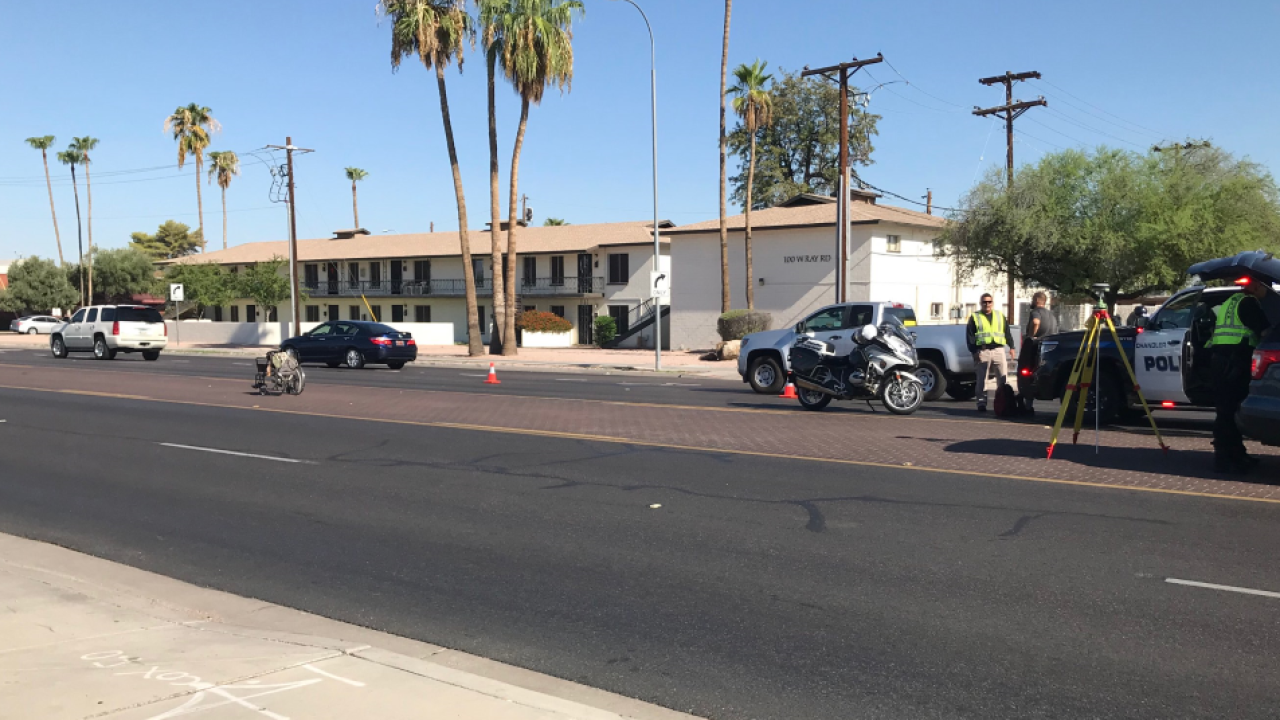 CHANDLER, AZ — A woman in a wheelchair was left with serious injuries after a hit-and-run crash in Chandler.

The crash occurred near Arizona Avenue and Ray Road on Friday morning.

Police say the victim was crossing Ray Road northbound in a wheel chair when she was struck by a dark colored Dodge Carvan that was traveling westbound on Ray Road.

Police say the victim was taken to the hospital with serious injuries and the driver who struck the person did not stay at the scene.

The driver fled south on Iowa Street into the neighborhood, according to witnesses. The driver is described as a Hispanic male, in his late 30's, wearing a dark colored hat with a mustache.

The vehicle should have damage to the driver's side front bumper.

On Saturday, police released images of the suspect vehicle they believed was involved in the crash.

On 8-15-19, this car is believed to have been involved in a hit & run accident at N. California & Ray Road that struck and left a pedestrian in critical condition. We need help identifying the car & driver. Please call or text with info at (480) 782-4130. pic.twitter.com/SvjYjSnupE

Police are asking for any witnesses to come forward. In addition, if you live in the area of Ray Road and California Street and have surveillance video of your house, police ask that you review that video for any possible evidence of the suspect.