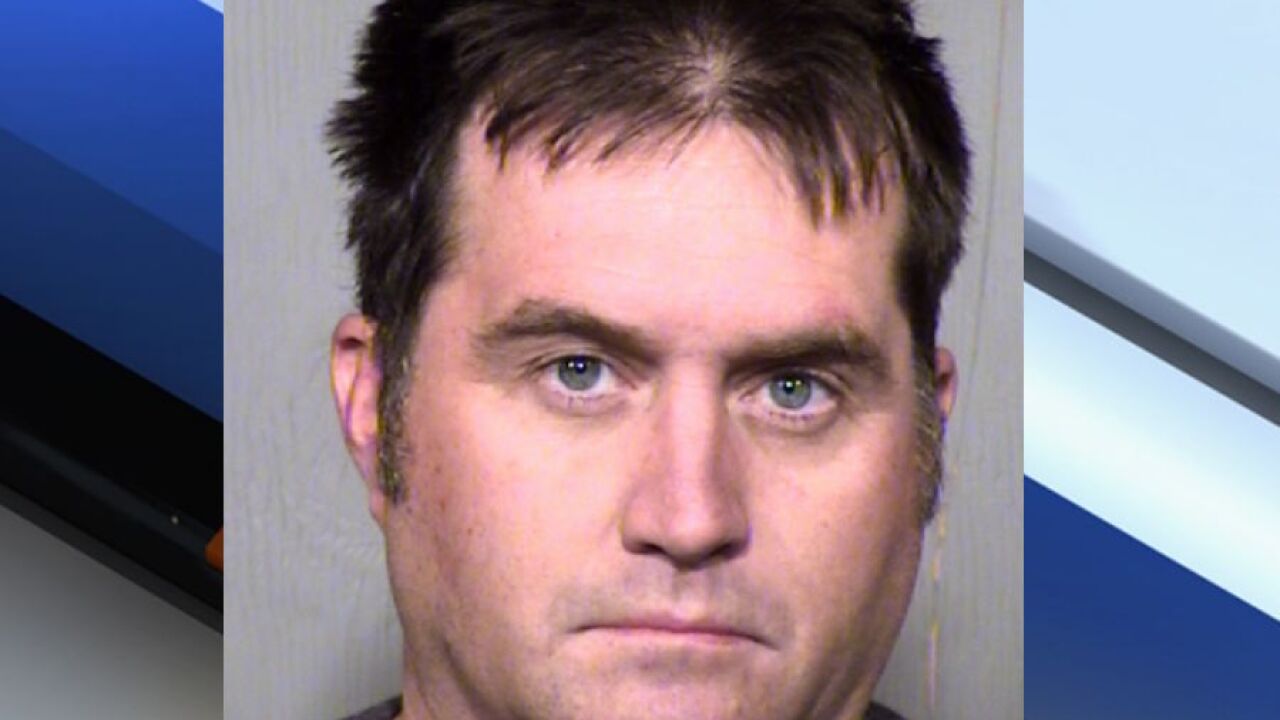 Police say around 1:30 p.m., two officers were called to a home near Arizona Avenue and Ray Road to investigate a domestic violence call.

When officers arrived, they contacted Erin Grant, who was at home with his ex-wife. Authorities say when one of the officers tried to talk to Grant, he charged at the officer and took a swing at him. A struggle ensued, and police say Grant knocked the officer to the ground.

The second officer on scene tried to stop Grant by using her stun gun on him. Grant then punched her in the head, causing a concussion, police say.

While Grant was fighting the two officers, a third police officer arrived. Like the second officer, the third officer used his stun gun to try and stop Grant.

The first officer was able to break free from Grant, who had him and the second officer pinned to the ground. As Grant was swinging and kicking at the officers, the first officer tried to control Grant's feet and was kicked in the chest.

The third officer was able to successfully apply a choke hold on Grant, which rendered him temporarily unconscious.

As officers were placing Grant in handcuffs, he regained consciousness and continued to fight officers. Two additional officers and a supervisor arrived at the home to assist.

In all, six police officers were needed to take Grant into custody.

Grant was treated by medical personnel before being taken to the hospital for observation.

Upon his release from the hospital, Grant was booked into jail on three counts of aggravated assault on a police officer, six counts of resisting arrest, three counts of disorderly conduct, and one count of criminal damage.

Three officers were transported to a local hospital for their injuries and were later released.