PD: Chandler officer injured after crashing into pole to avoid another car 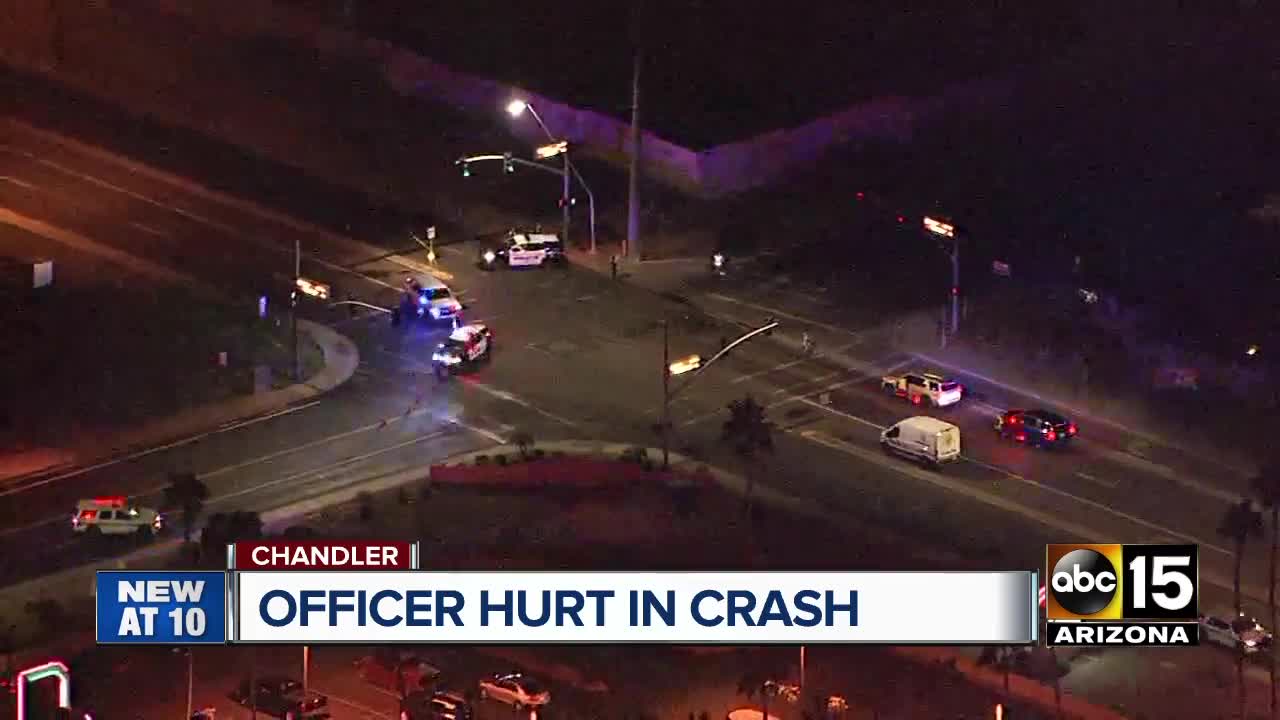 A Chandler police officer was hospitalized after crashing into a light pole to avoid another vehicle on Friday night. 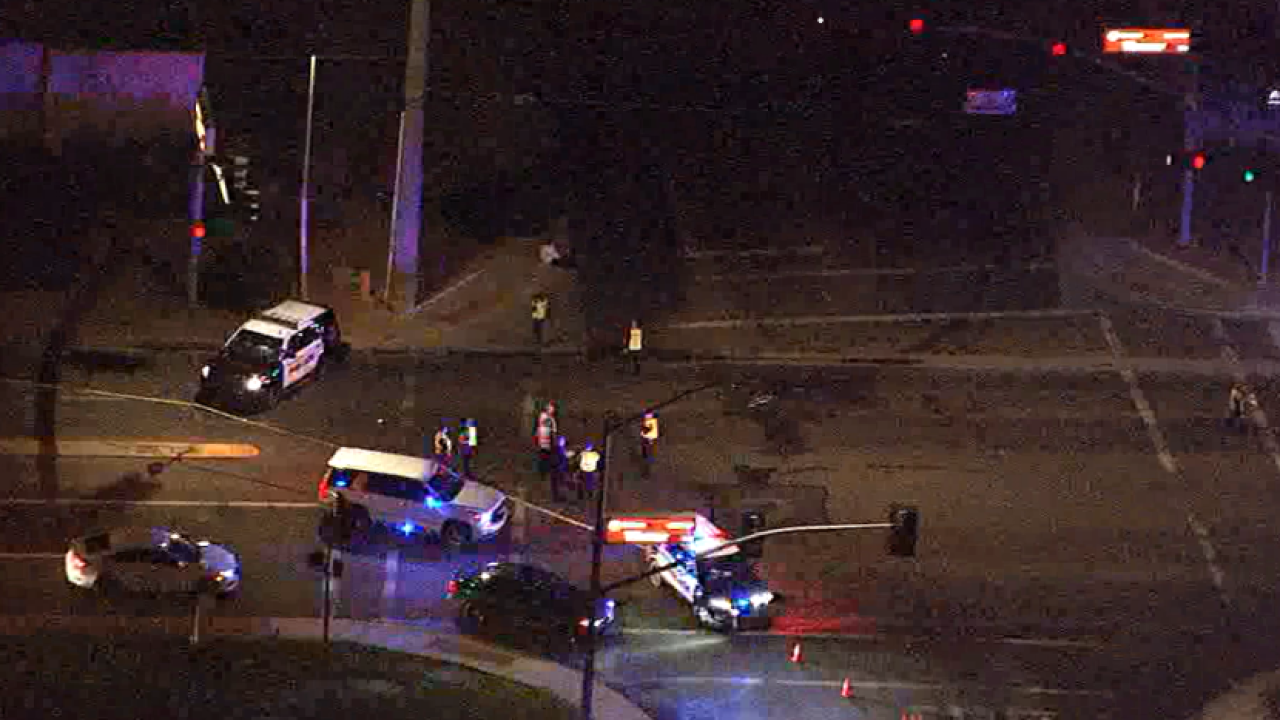 CHANDLER, AZ — A Chandler police officer was hospitalized after crashing into a light pole to avoid another vehicle on Friday night.

According to Chandler police, a 16-year veteran of the Chandler Police Department was driving westbound on Warner Road approaching Hartford Street in a fully marked department vehicle when another vehicle turned left in front of the officer's patrol car.

The driver, only identified as a 55-year-old Tempe resident, was turning left to go northbound on Hartford, according to police.

"The officer attempted to evade the vehicle and swerved right; however the Chevy collided with the drivers side of the patrol car," police said. "This collision pushed the patrol car into a traffic light pole."

The officer was able to contact Chandler dispatch about the crash and exit his vehicle without any assistance. The officer was not responding to a call for service, according to Chandler police.

The officer was taken to the hospital with minor injuries and is now "resting at home and recovering from the collision."

Chandler police said the driver of the other vehicle involved was not injured, but their vehicle did catch fire.

Following the crash, the 55-year-old Tempe resident was cited for failure to yield left at an intersection.

Police say speed and impairment were not factors in the crash.

#TrafficAlert We are working a collision at Warner and Hartford. Alternate routes are Elliot or Knox between Arizona and Alma School. Avoid the area if you can. Thank you . pic.twitter.com/ZHmtDcBXxk