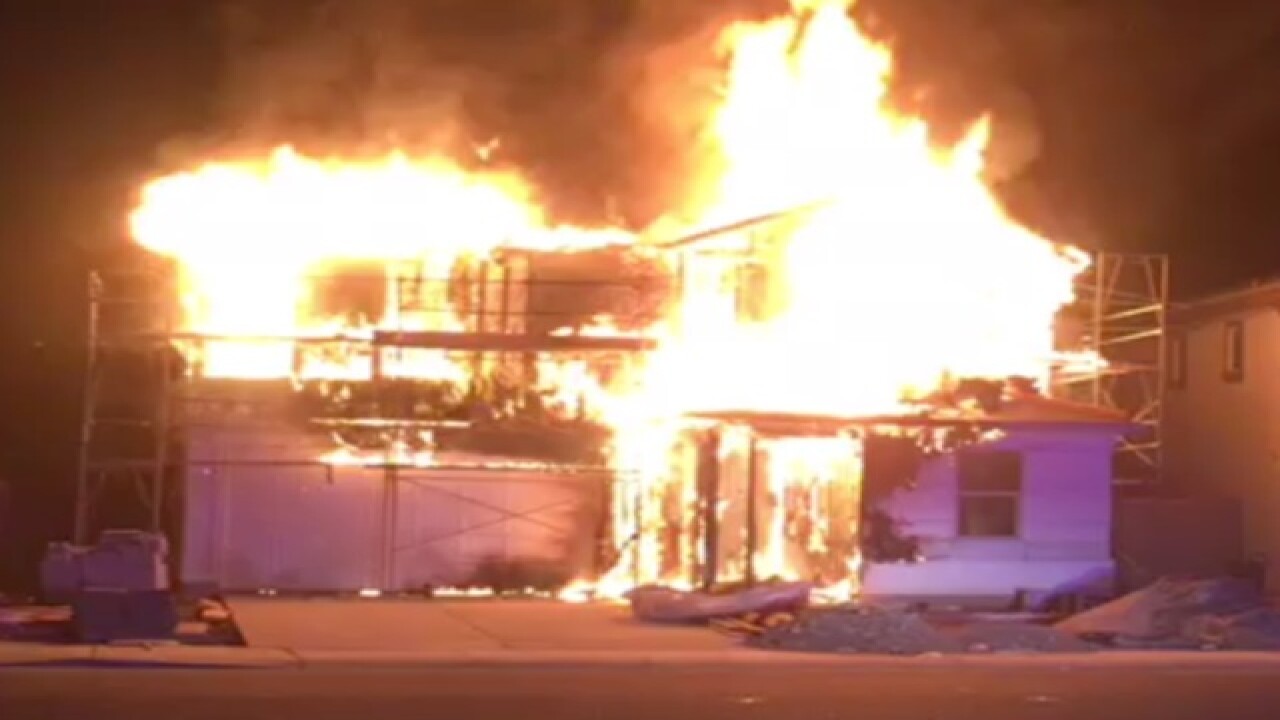 Officials are now investigating two fires in Chandler as arson.

Video from the scene showed the house fully engulfed in flames. Chandler fire said there was also a small dumpster fire near the home.

The phrase, 'too close to home,' is not even an adequate description for Gabriella Raffone.

She was not there at the time, but her phone was blowing up with pictures and video from her mother.

"She woke up to like all the sirens and then sent me the video, like 'Hey, this is what you left from,'" Raffone said.

And now left behind at the site - a crime scene and Chandler police say this one is difficult to decipher.

"Arson investigations aren't always things that people want to hear," said Det. Seth Tyler with the Chandler Police Department. " [It] takes a long time and we don't have a lot of answers for - but, that's just the way the investigations go."

Neighbors are now forced to be patient hoping they can feel safe in their own homes again soon.

"It's pretty alarming," Raffone said. "Our houses are built and it's all the unbuilt houses, but it's still just like, that's really close. Very scary."

These fires come on the heels of a 5-alarm fire that happened at a construction site in Gilbert on October 15. That fire has been ruled an arson.

Police do not have a solid suspect description. If you have any information about this fire, please contact Chandler police.