Officer hurt, one suspect dead after shooting near I-10 and Chandler Boulevard 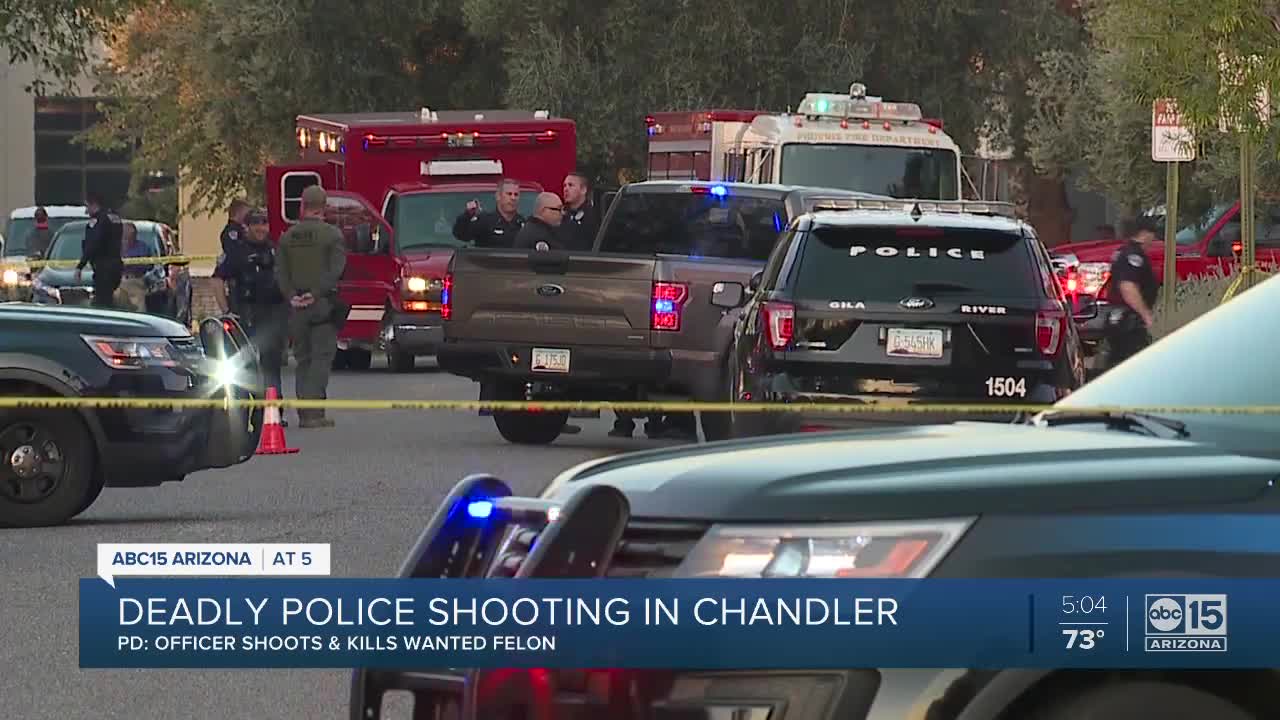 A police officer was hurt and one person is dead after an officer-involved shooting incident in Chandler Monday morning. 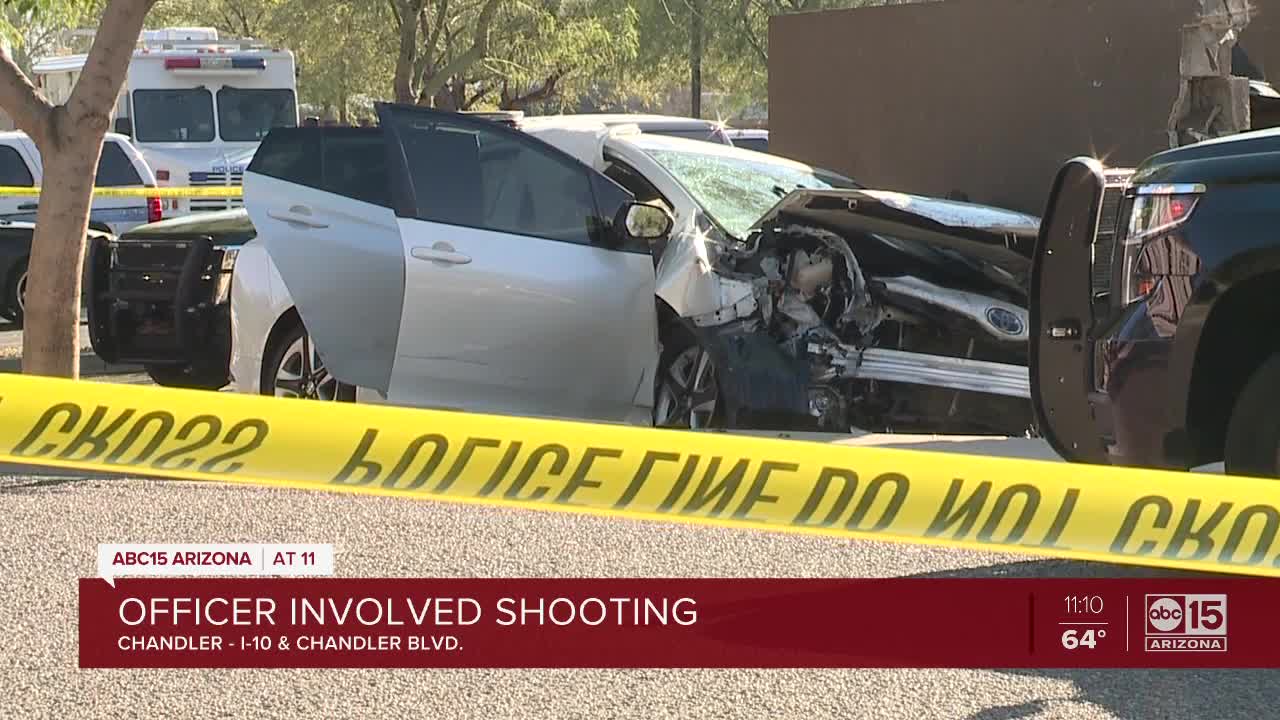 CHANDLER, AZ — A police officer was hurt and one person is dead after an officer-involved shooting in Chandler Monday morning.

The situation occurred near Interstate 10 and Chandler Boulevard around 7 a.m. while an officer was looking into a theft investigation involving a white Toyota Prius.

An officer located the Prius as it parked at the at the Hampton Inn Hotel and followed the two occupants inside.

Police say the officer attempted to detain 32-year-old Kevin Smallman before he fled and got back into the vehicle with 26-year-old Krystal Ehrlich.

Minutes later, additional officers responded and found the officer inside the suspect vehicle with two other people.

Video from the scene showed police vehicles surrounding a seriously damaged car that appeared to have struck a block wall during the ordeal.

Police say Castlegrante had reportedly been knocked unconscious in the vehicle during some type of physical altercation and shots were fired.

Police say Castlegrante was taken to the hospital for treatment and has since been released. Ehrlich was hospitalized and eventually arrested on two drug charges.

Smallman reportedly died from his injuries.