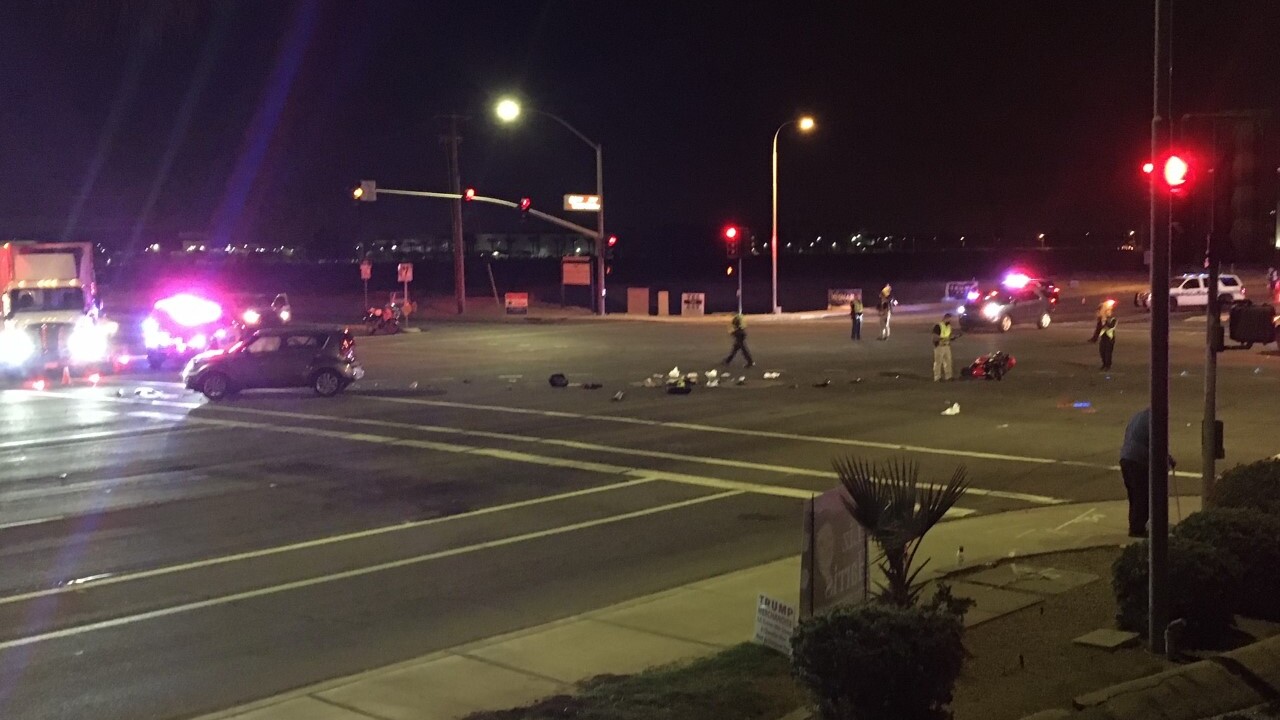 Officials were called to the intersection of Queen Creek and Price roads where a motorcyclist and passenger car collided.

Chandler police say the motorcyclist, identified as a 50-year-old man, was taken to the hospital and later died.

The driver of the vehicle, identified as 38-year-old Christi Faith Enos, was arrested after police conducted an impaired driver investigation.

She was booked into the Maricopa County Jail on one count of manslaughter.

The exact cause of the crash has not been determined.