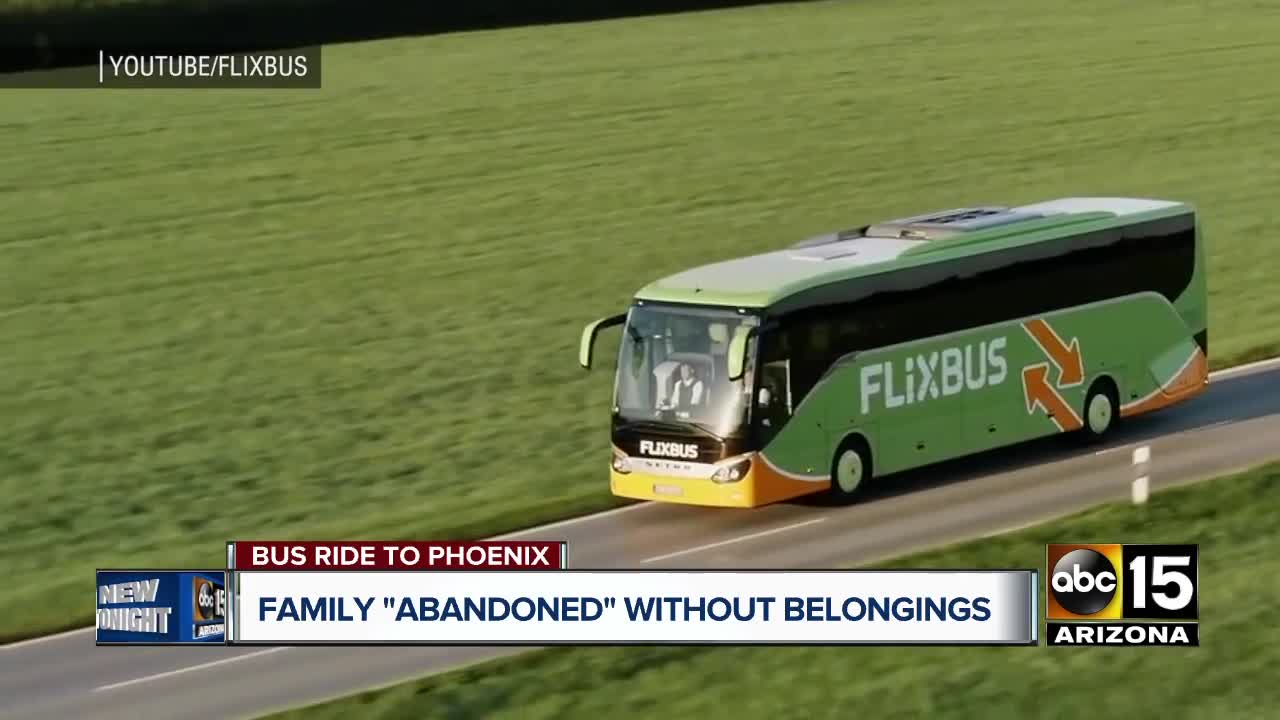 CHANDLER, AZ — The trip was supposed to take about five hours. Rosanne Walrond and her 7-year- old daughter hopped on their Flixbus trip from Las Vegas to Phoenix Wednesday to visit a longtime friend.

"They were so excited, they wanted to see the Grand Canyon," said Rubby Gyamfi.

Walrond, though, had to call Gyamfi from a stranger's phone a few hours into the trip. The Flixbus she was on left her at a gas station in Kingman.

"I could hear the hurt, the agony just like the disappointment in her voice," Gyamfi said.

The bus stopped to let passengers use the bathroom and buy food at nearby stores. Walrond went to grab a bottle of water for her daughter, but says lines at the only gas station in sight were packed with customers from the same bus. By the time she made it to the register and paid, the bus had left.

"The level of discomfort for a woman and a child is unbelievable," said Walrond. Everything including their luggage, passports, credit cards and her cell phone all were left inside the bus. "I know you're dealing with thousands of people and it's a business, but you still have to have that human element to a business."

Walrond says she's been trying to get in back in touch with the driver of that bus ever since, but has gotten little to no help from Flixbus representatives. One told her to fill out a lost and found form online and wait for a response. Another said to send an email and they'd respond in "two weeks."

Walrond says this was her first time riding with Flixbus, and it'll also be her last. She worries if the company keeps giving her the runaround, they won't be able to travel back home to Barbados.

ABC15 reached out to representatives with Flixbus, who responded to us following our report on the lost luggage:

"I am not sure of the circumstances of Roseanne and her daughter being left in Kingman. I do know that the FLIX buses have to run on schedule and perhaps she and her daughter were delayed because of long lines at the store they were in. We do have their luggage here in Phoenix and would like to get it returned to them so they can continue with their trip and have time to enjoy their stay in Arizona."

Waldron tells ABC15 their luggage will be returned later today.