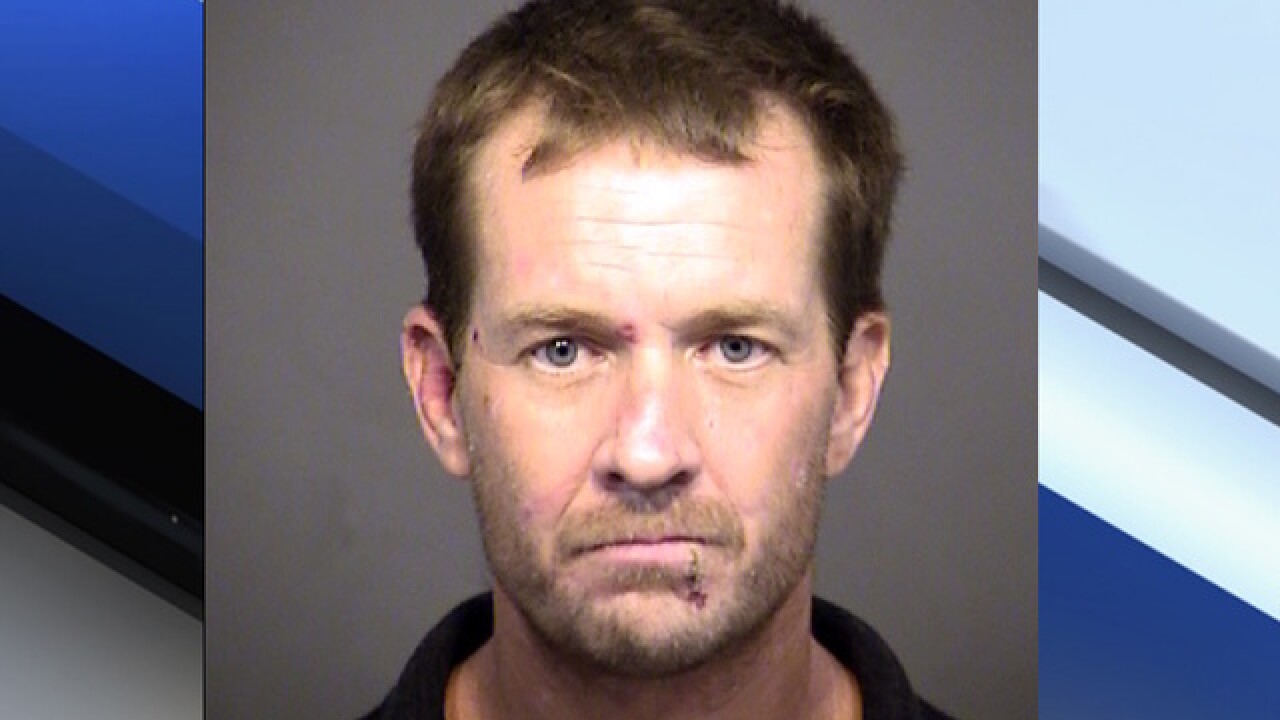 A man suspected of robbing three banks in the East Valley over the course of two weeks has been arrested, police said.

Allan Doty, 41, was arrested by Mesa Police on Monday, September 17, according to the Chandler Police Department.

According to police and the probable cause statement, in all three robberies, Doty gave the bank teller a notice "demanding money and indicating no counter measures such as bait packs" be used.

In the third robbery at the Desert Financial bank branch, Doty apparently has scratches and cuts on his face and his hand was bleeding, which left blood on the bank counter, according to the police report.

According to police, Doty spent five years in the Arizona Department of Corrections on charges of forgery, possession of forgery tools, shoplifting, and a number of other charges.