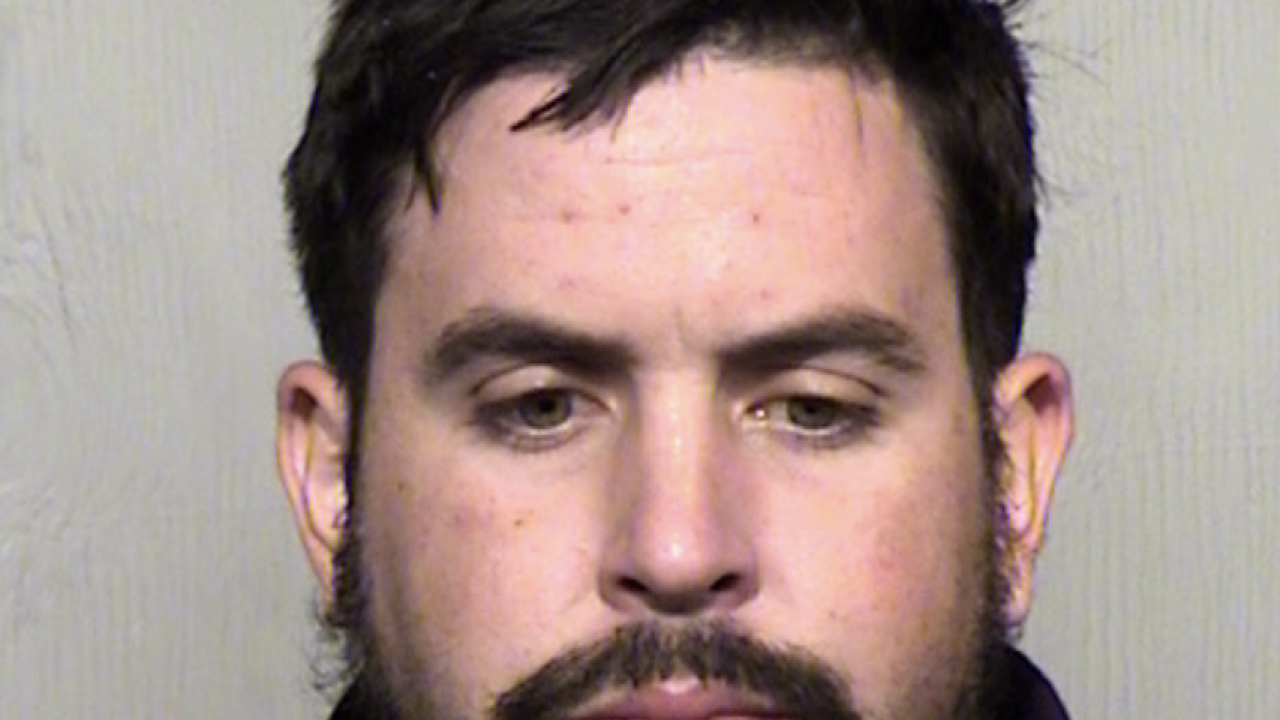 CHANDLER, AZ — Two children were hospitalized early Sunday after a man allegedly crashed his car into a Chandler home.

According to court paperwork, 30-year-old Michael Ortega was arrested after driving through a yard and into the front of a home near Hamilton and Erie streets around 12:30 a.m. Sunday.

When police arrived, the homeowner was chasing Ortega through the neighborhood.

Police eventually caught up to him and arrested him.

Both children were taken to the hospital with lacerations to their heads.

Ortega admitted to drinking “two or three beers” and smoking marijuana before the crash, according to police. He allegedly told police that he was sorry and that he made a huge mistake.

His exact B.A.C. level has not been released.