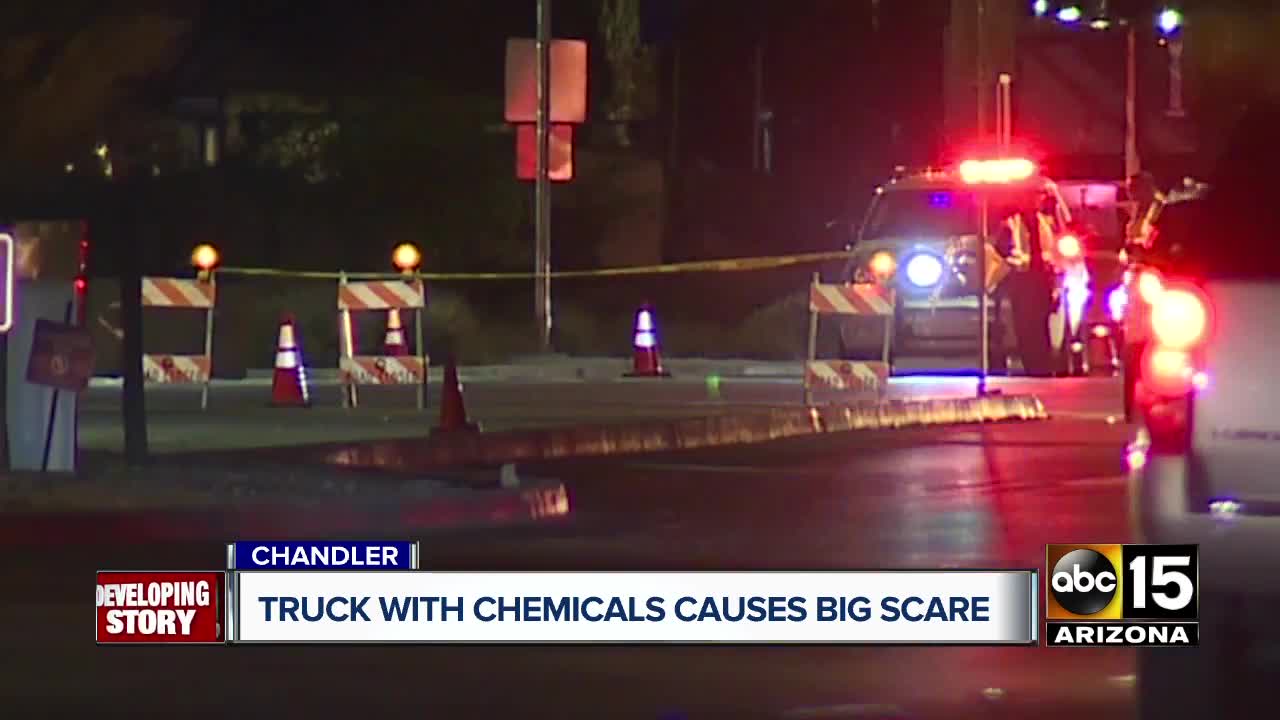 Several homes were evacuated Friday afternoon and a Chandler officer was hospitalized after a crash between a vehicle and a truck carrying several barrels of phosphorus caused a spill. 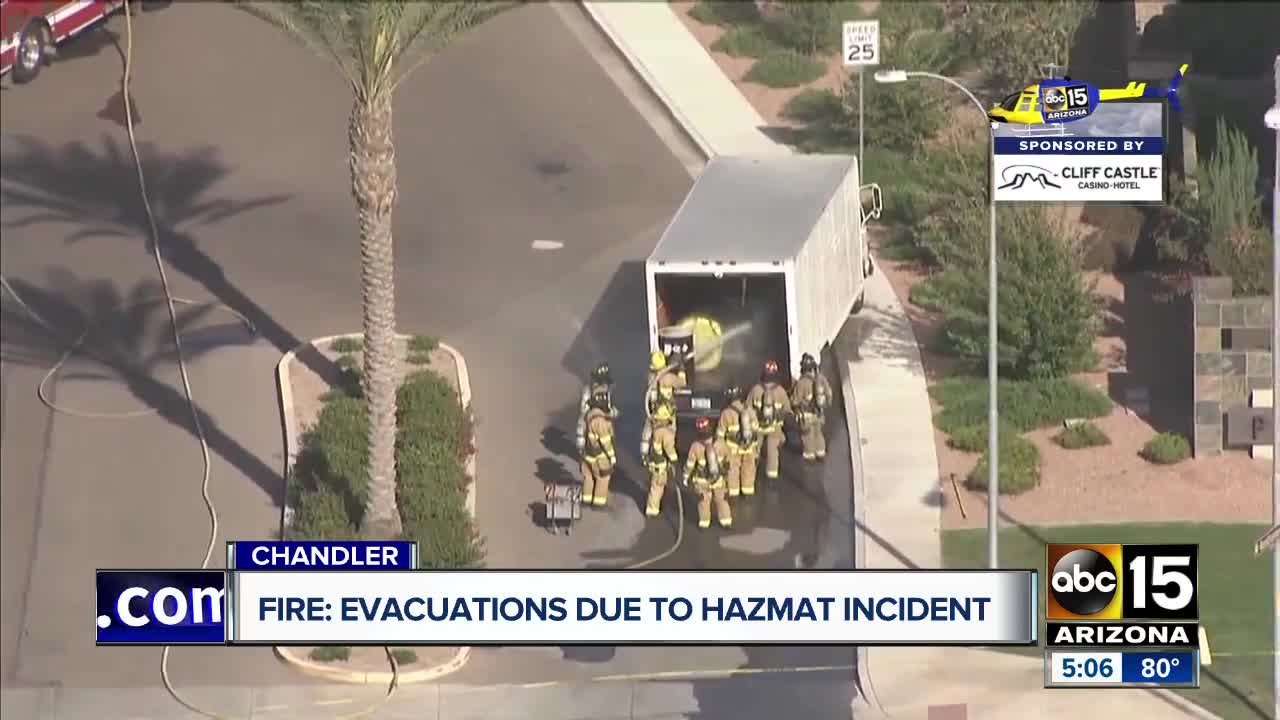 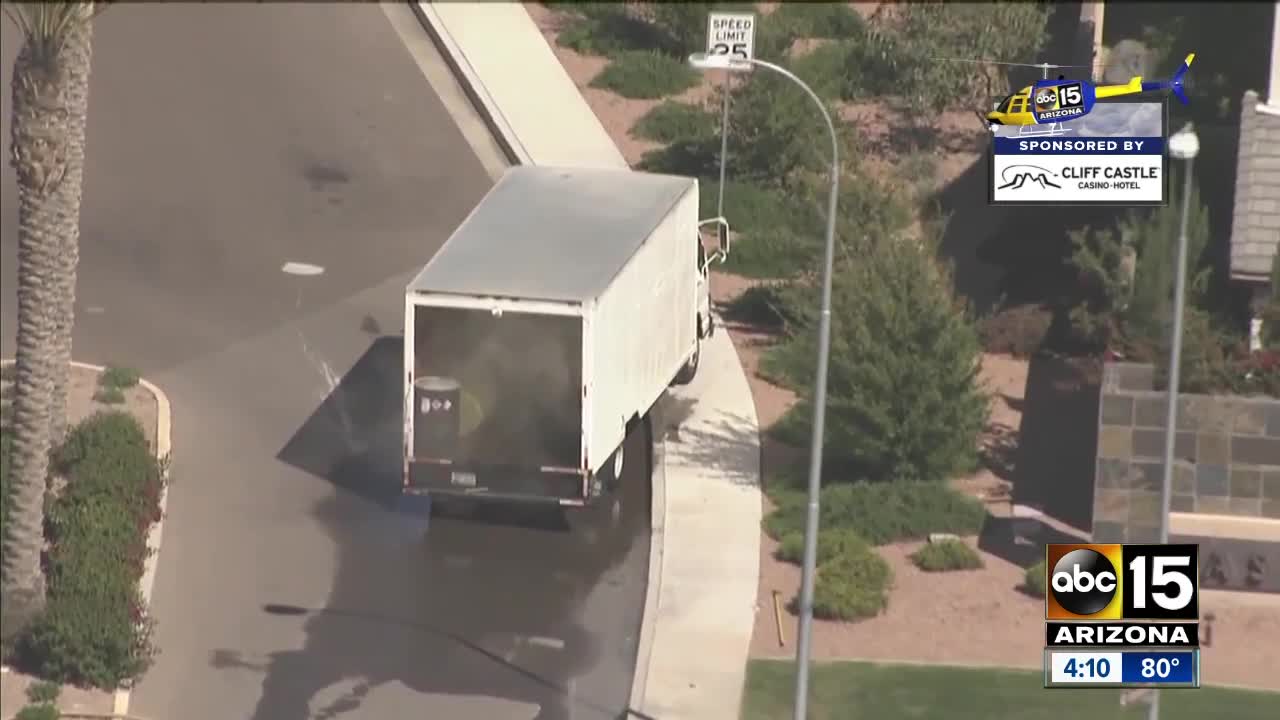 CHANDLER, AZ — Several homes were evacuated Friday afternoon and a Chandler officer was hospitalized after a crash between a vehicle and a truck carrying several barrels of phosphorus caused a spill.

Chandler police say at about 12:30 p.m. a box truck failed to stop for a red light and hit a vehicle that had the right of way at Arizona Avenue and Queen Creek Road.

There were no injuries reported, but firefighters said one Chandler police officer who was first on scene to investigate the crash was exposed and taken to the hospital.

Police say the box truck driver then tried to run away. Officers located the driver a short time later in the area and took him into custody.

The Chandler Fire Department says six homes were evacuated in the area as crews worked to contain the spill.

Officials believe 60 gallons of phosphorus were involved, but the hazardous chemical had yet to be positively identified.

The 42-year-old male driver was arrested on two unrelated warrants.

He will also be charged with hit-and-run, driving on a revoked license, and a red light violation, according to a Chandler Police Department spokesperson.

The driver's identity has not been released.