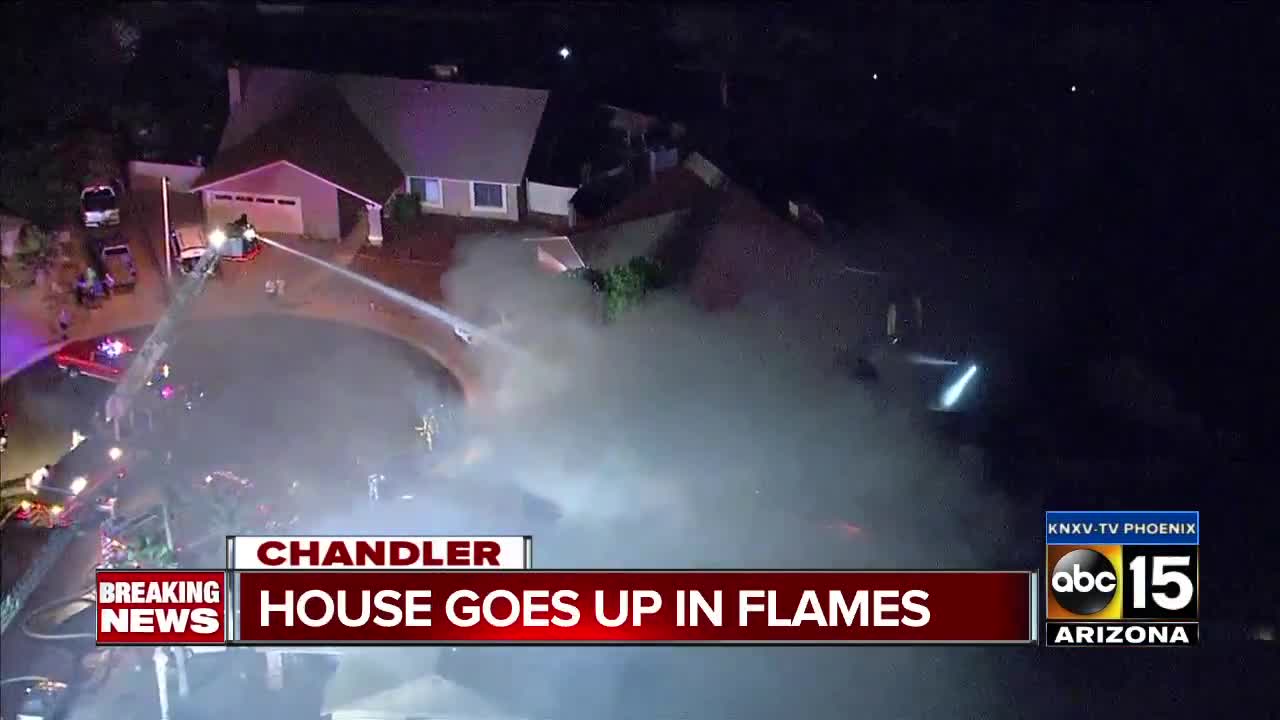 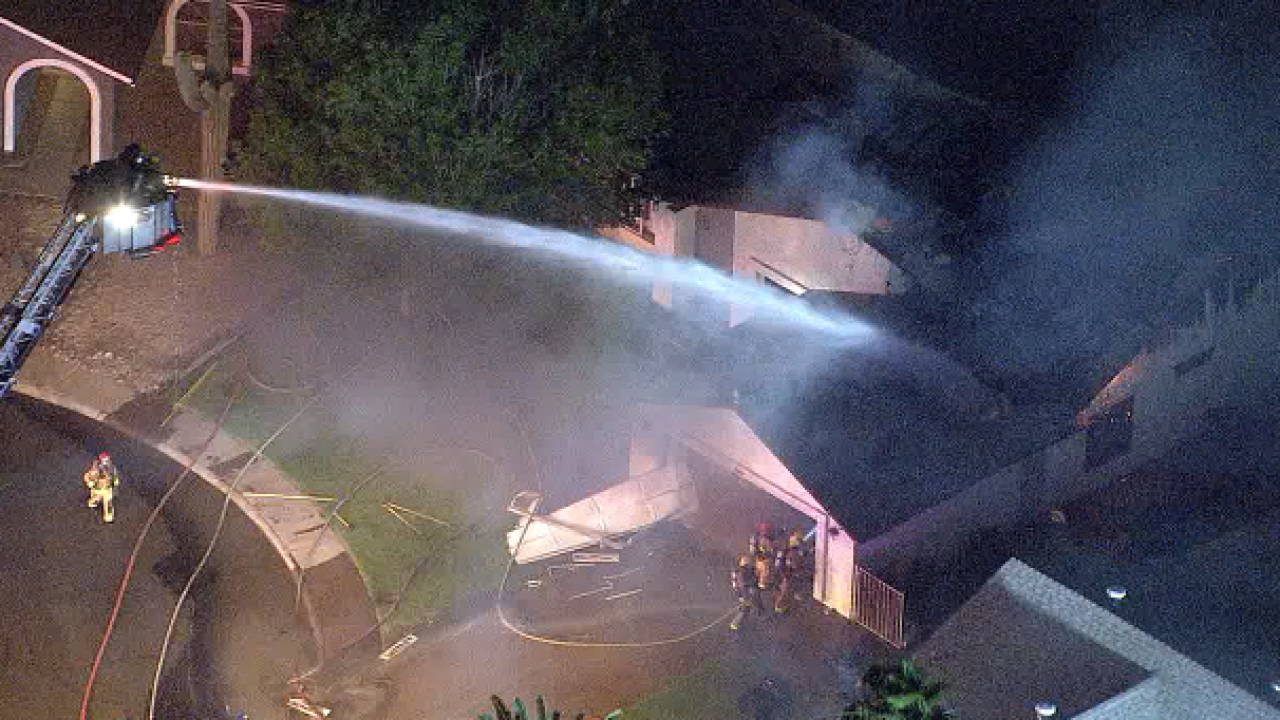 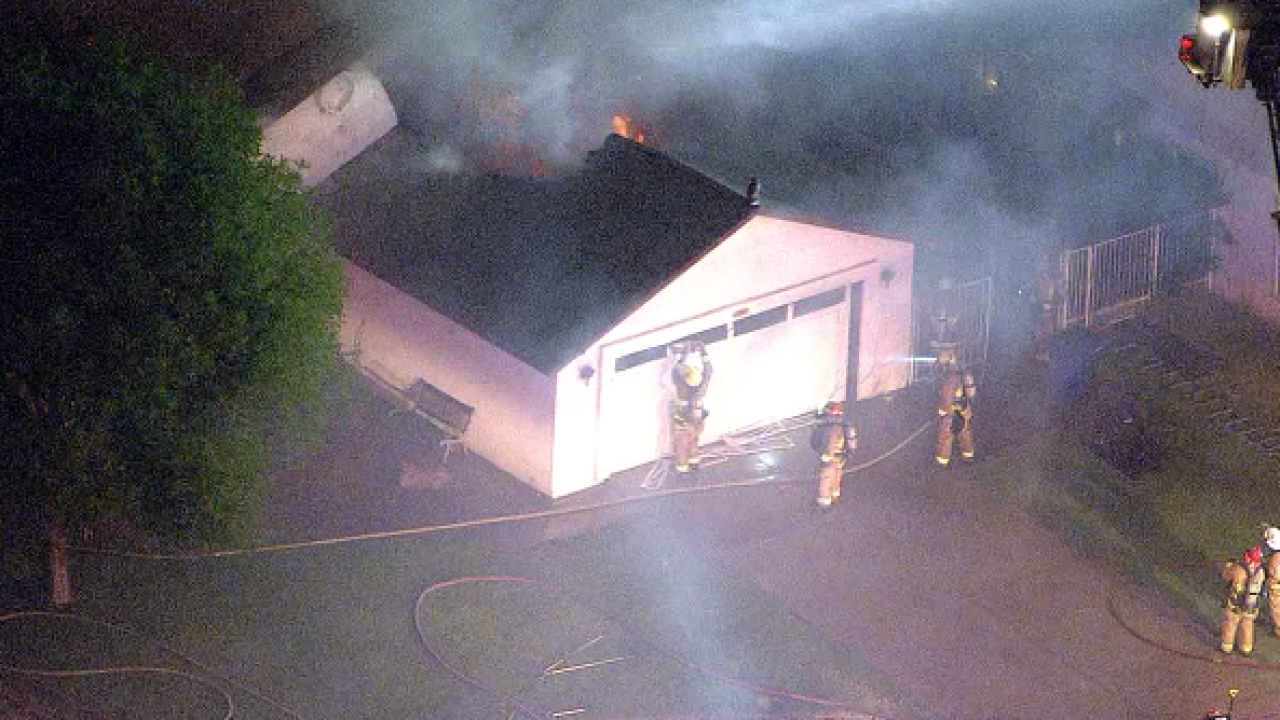 CHANDLER, AZ — An 83-year-old Chandler man is lucky to be alive after his house caught fire Tuesday night.

Firefighters were called to the scene near Dobson and Warner roads around 8:30 p.m.

Firefighters tell ABC15, the fire caused enough smoke to alarm neighbors who alerted the man and helped him escape.

Video from the scene showed several firefighters tearing away at the garage to get better access to the flames.

Stay with ABC15 News for updates.