FAA says two people on board were not hurt. 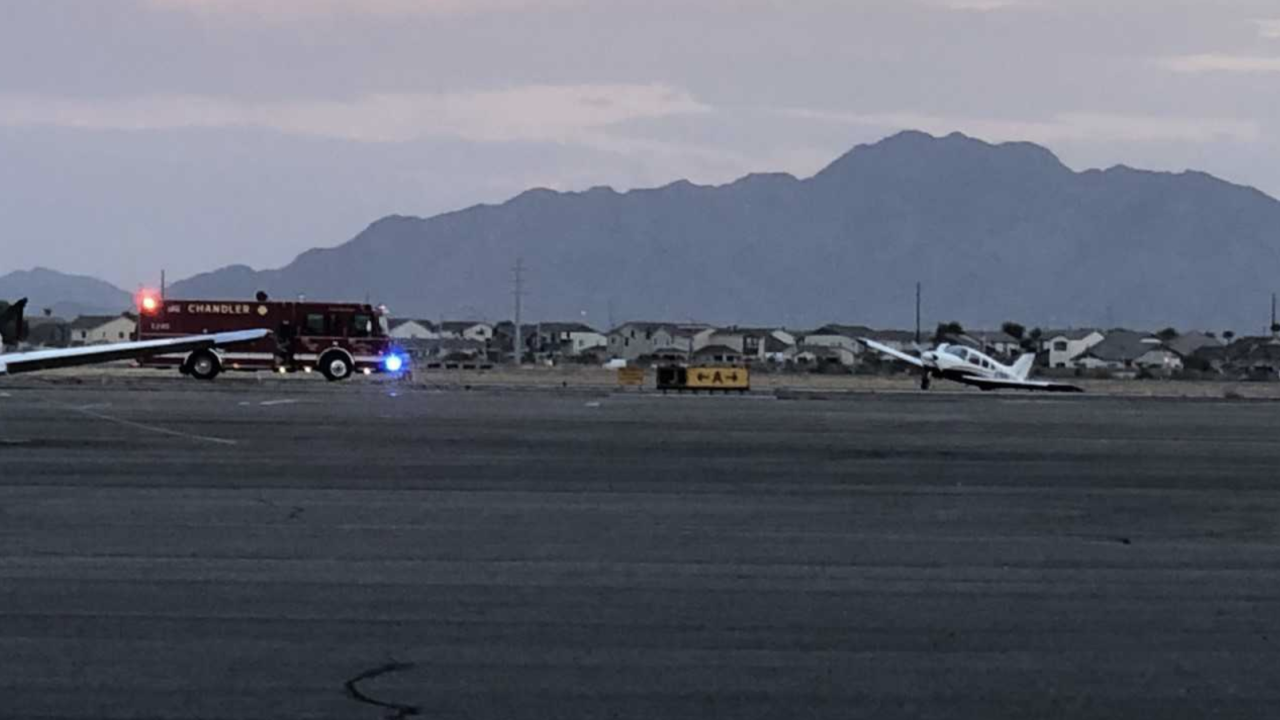 Emergency crews were called to the airport near McQueen and Queen Creek roads around 6:55 p.m.

Officials say an issue with the landing gear on the Piper P28A caused the minor crash.

Local authorities said there were two people were on board the aircraft and there were no injuries.

No injuries were reported, according to the Chandler Fire Department.