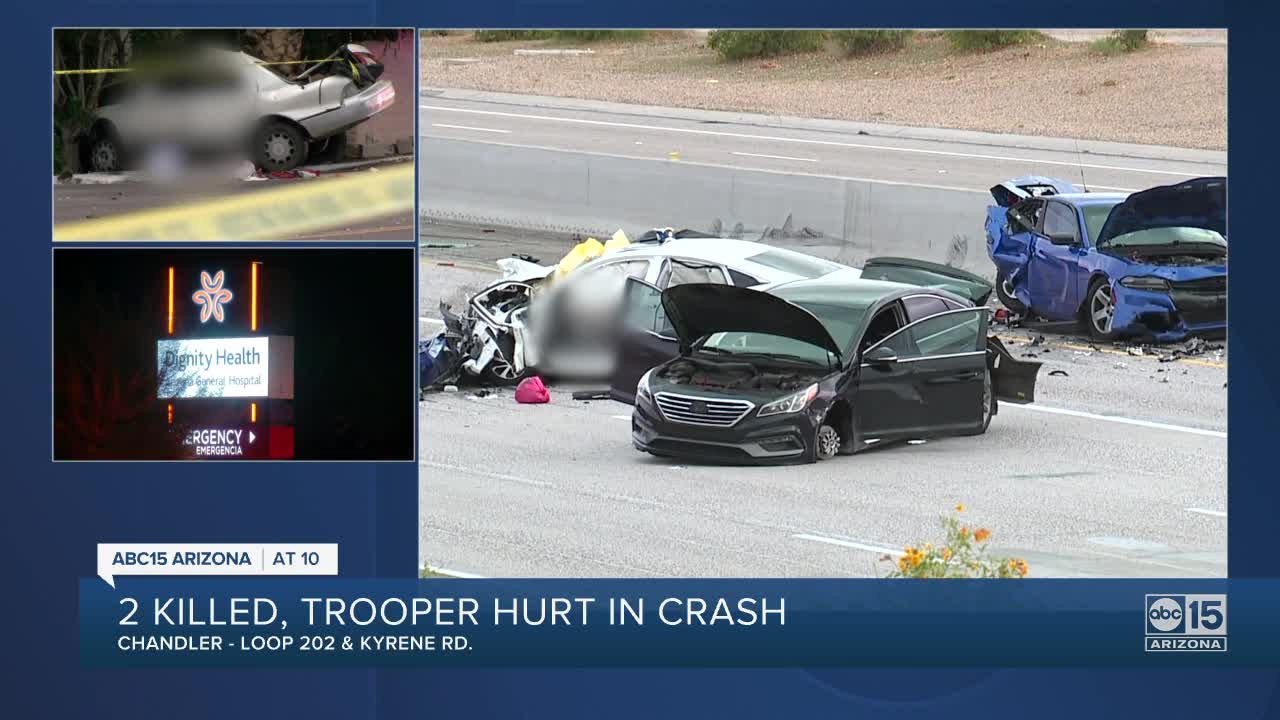 Two people have died after a car collided with a DPS trooper in a multi-vehicle collision on Loop 202 Santan Freeway in Chandler Saturday afternoon. 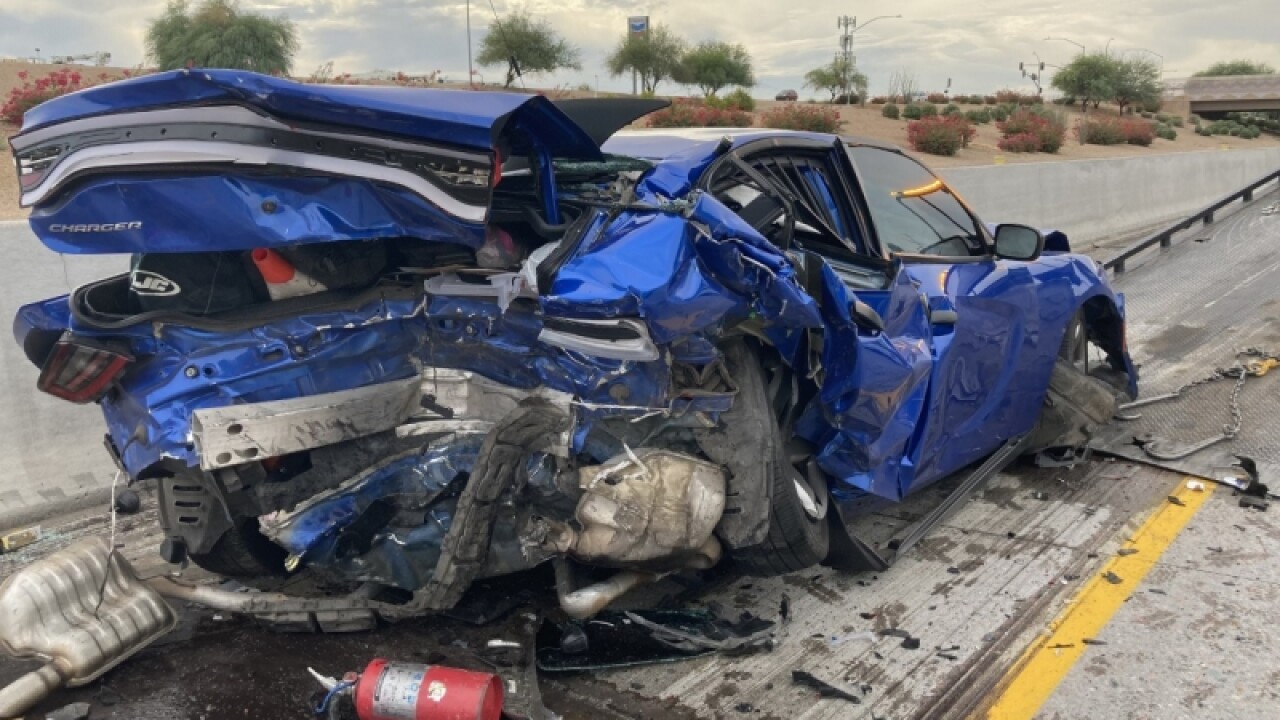 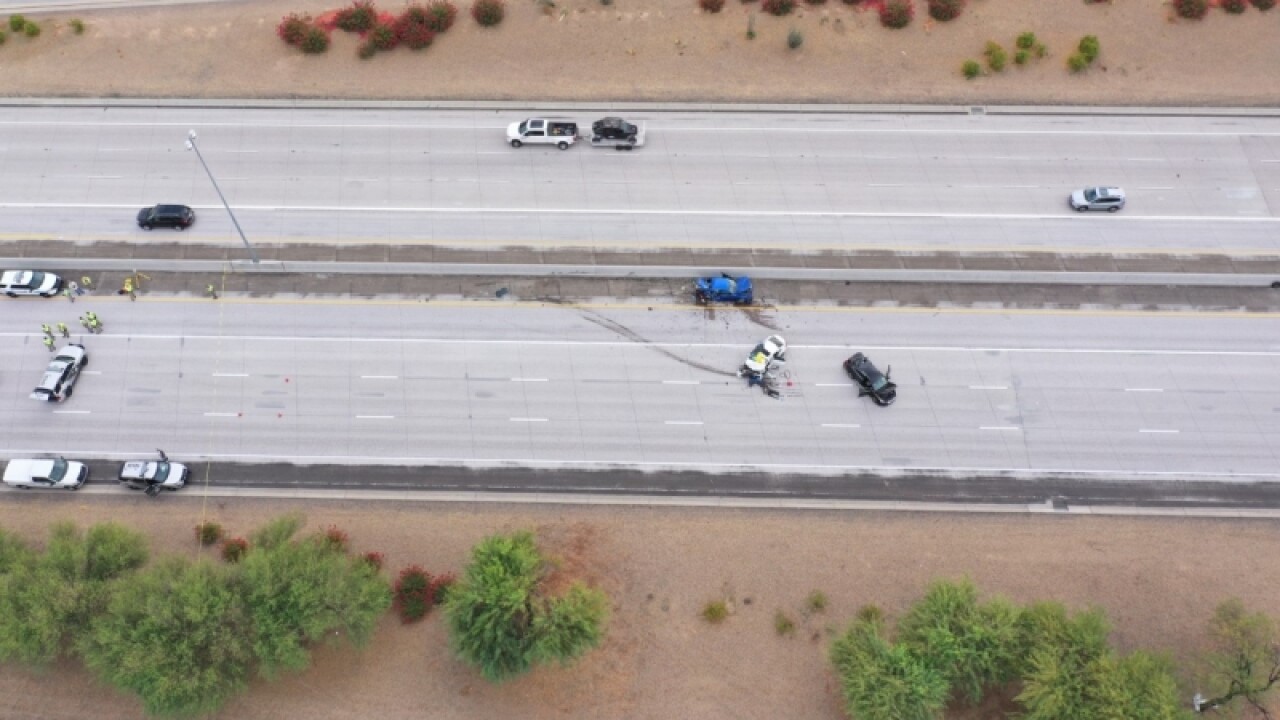 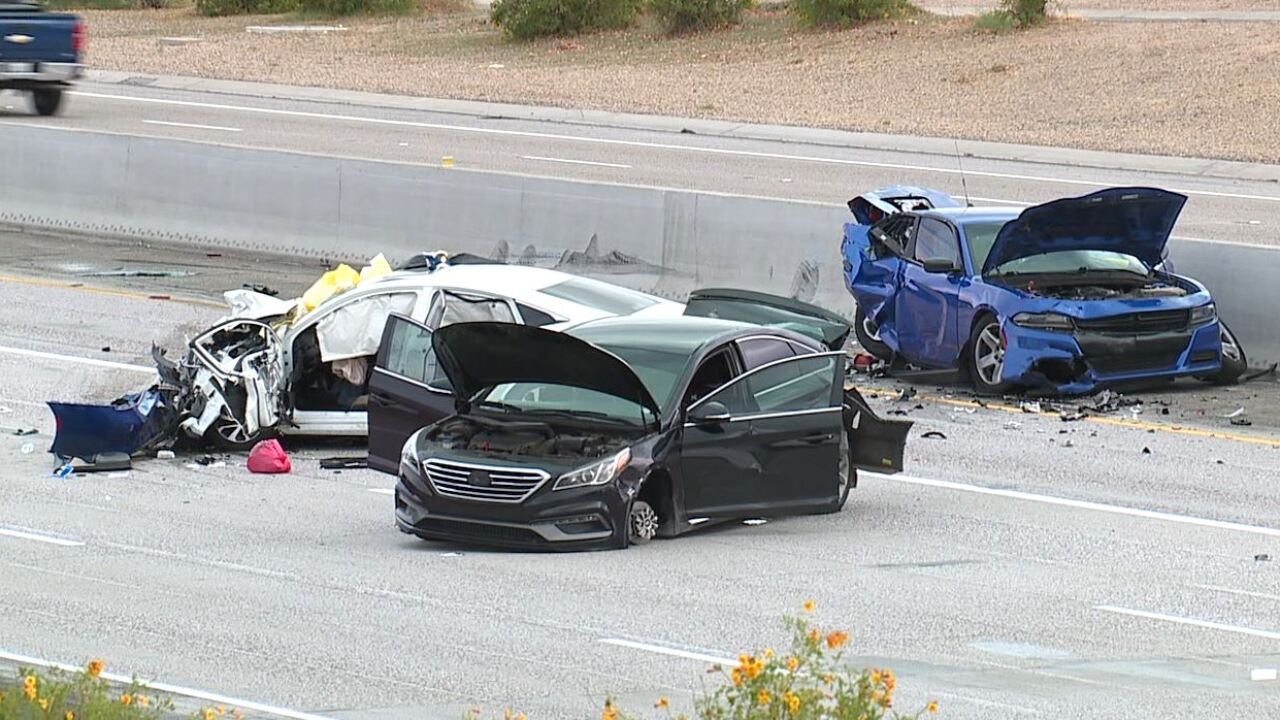 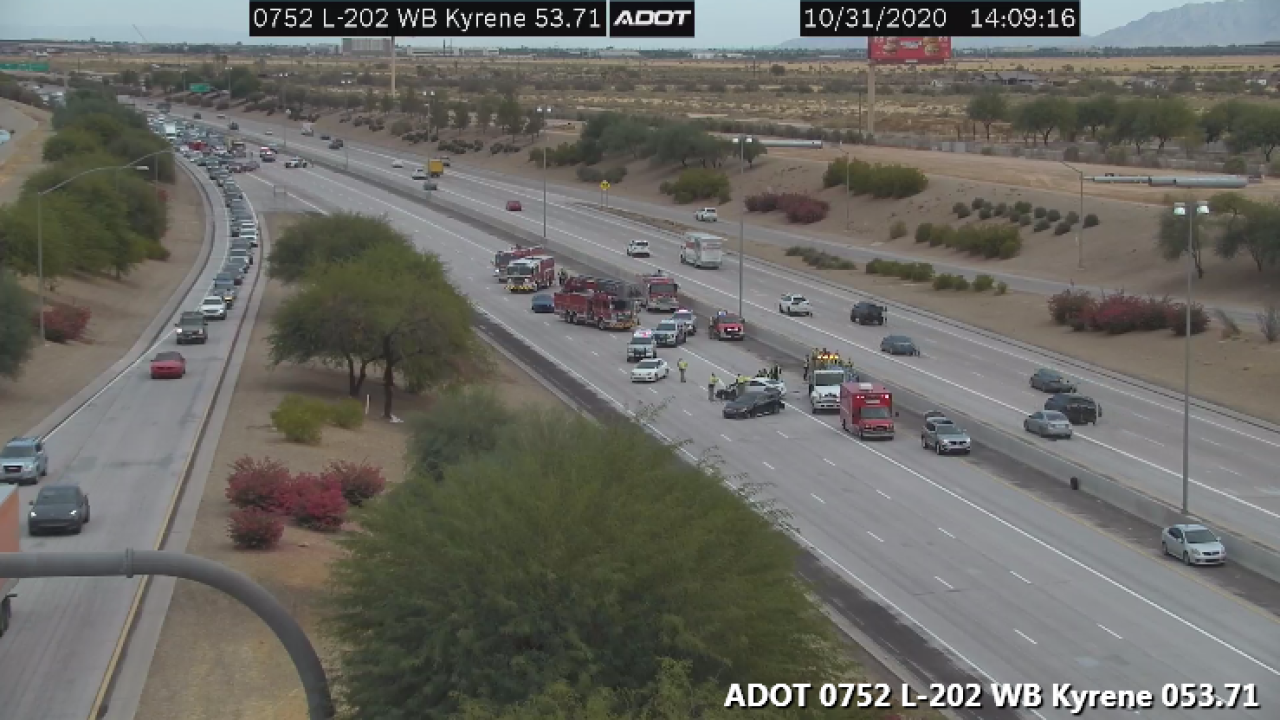 CHANDLER, AZ — A man and woman have died after their car collided with a DPS trooper's patrol vehicle on Loop 202 Santan Freeway in Chandler Saturday afternoon.

DPS officials say the crash occurred around 2 p.m. near L-202 and Kyrene Road. Authorities say the couple's vehicle rear-ended the trooper who was parked on the left shoulder investigating another crash in the area.

Authorities say the trooper was inside of the vehicle at the time of the crash.

Officials say the couple, identified as Matthew Haughey, 27, and Krystin Phillips, 26, died as a result of the collision and the DPS trooper was transported to the hospital with non-life-threatening injuries.

Officials say impairment has not been ruled out in this investigation.