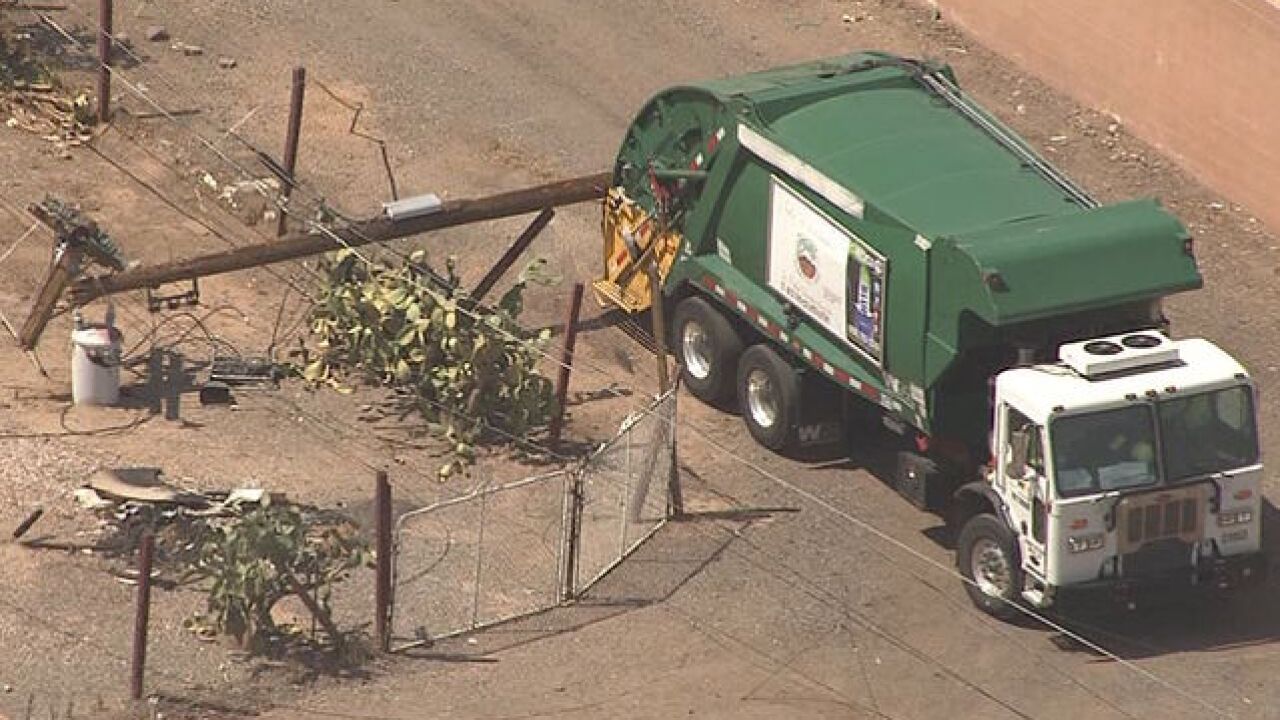 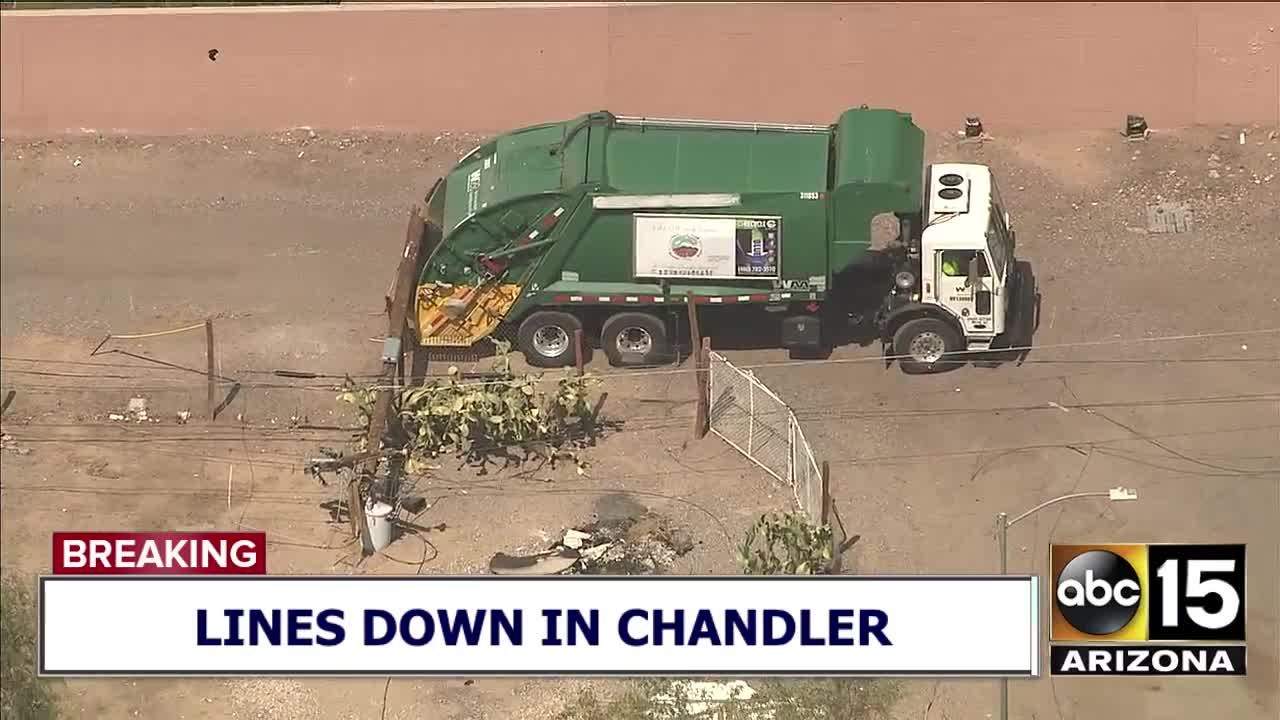 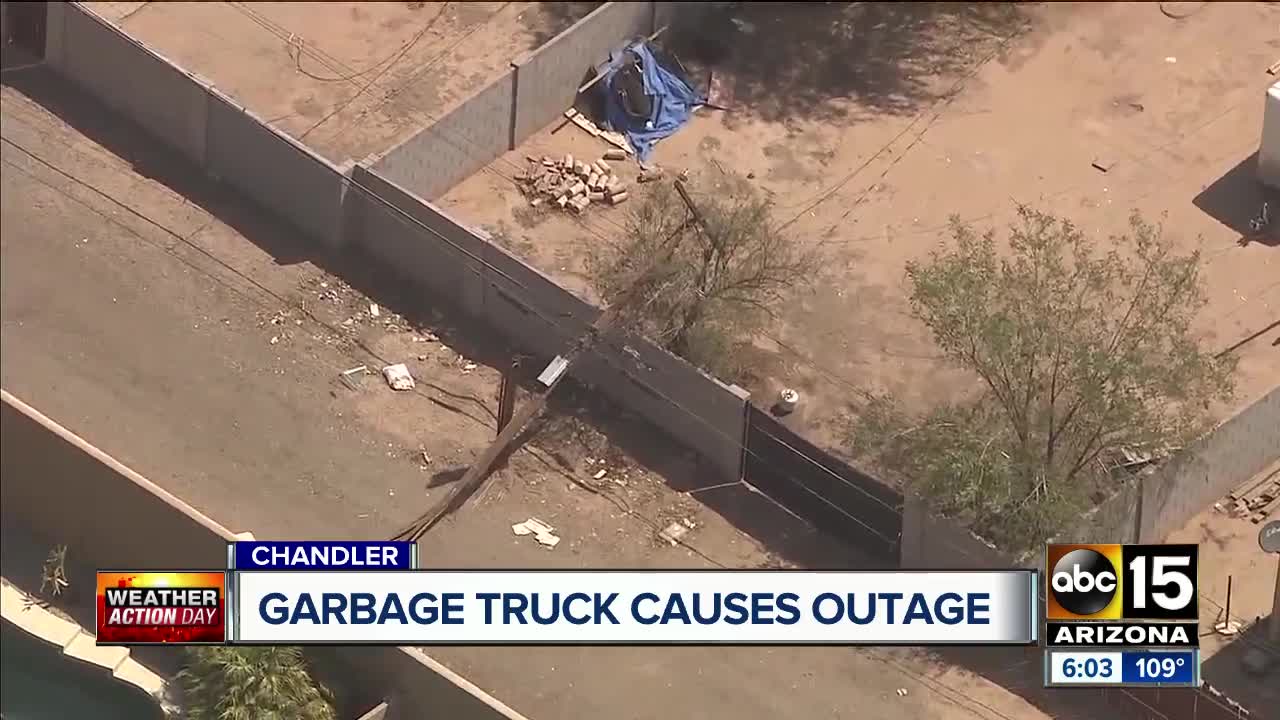 Two workers have been safely removed from a garbage truck after the vehicle struck several power lines in Chandler on Tuesday morning.

Fire department crews responded to the scene near Arizona Avenue and Frye Road around 10 a.m.

The two employees were not injured, but had to wait inside the truck for the power company to de-energize the lines, Chandler Fire Department spokesman Jeffrey West said.

As of 11:30 a.m., power company workers were able to re-energize the lines and the truck pulled away. The crash knocked out power within a one-mile area, including at San Marcos Elementary School.

According to a tweet from the City of Chandler, the power was also affected at City Hall.

Most of the power has been restored, but 30 homes are still affected and may be through the evening, officials told ABC15 crews at the scene.

The crash also impacted multiple traffic signals in the area, but they have since been repaired.

#TrafficUpdate Lights at all intersections are up and running https://t.co/6uQR0ibFlJ