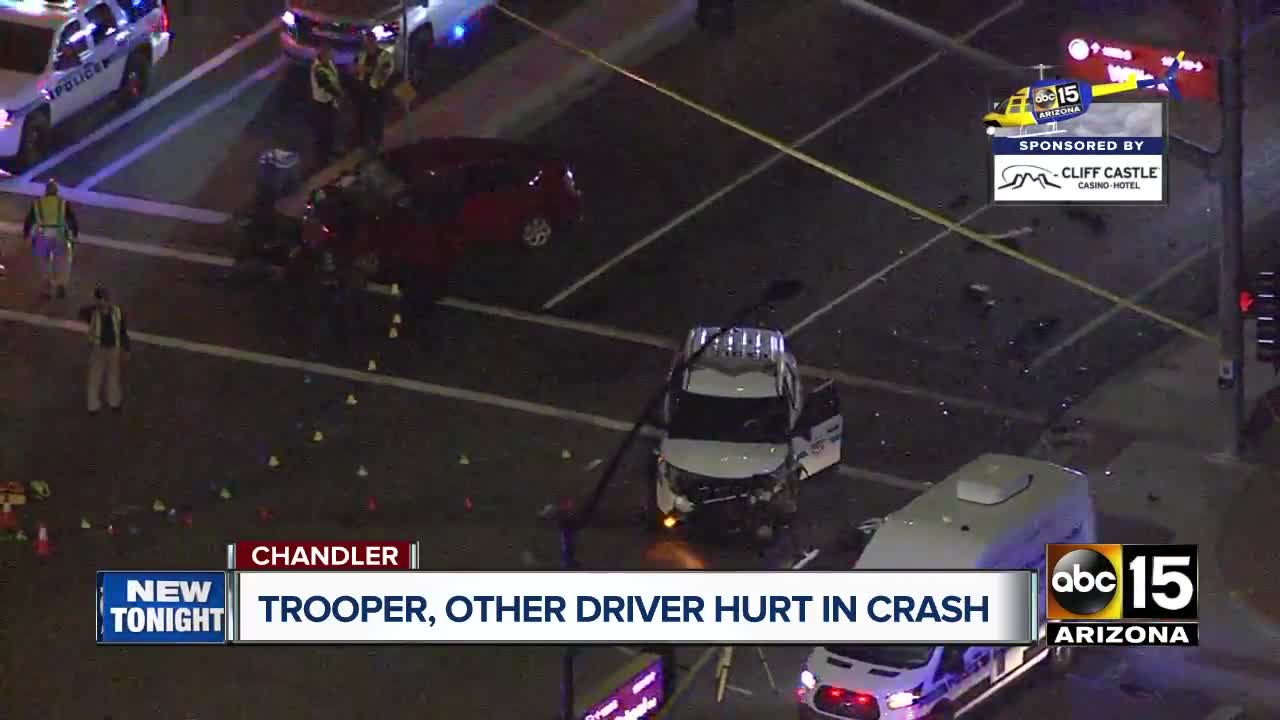 A DPS trooper and a second driver have been hospitalized after crashing in Chandler. Head to ABC15.com for the latest on this story. 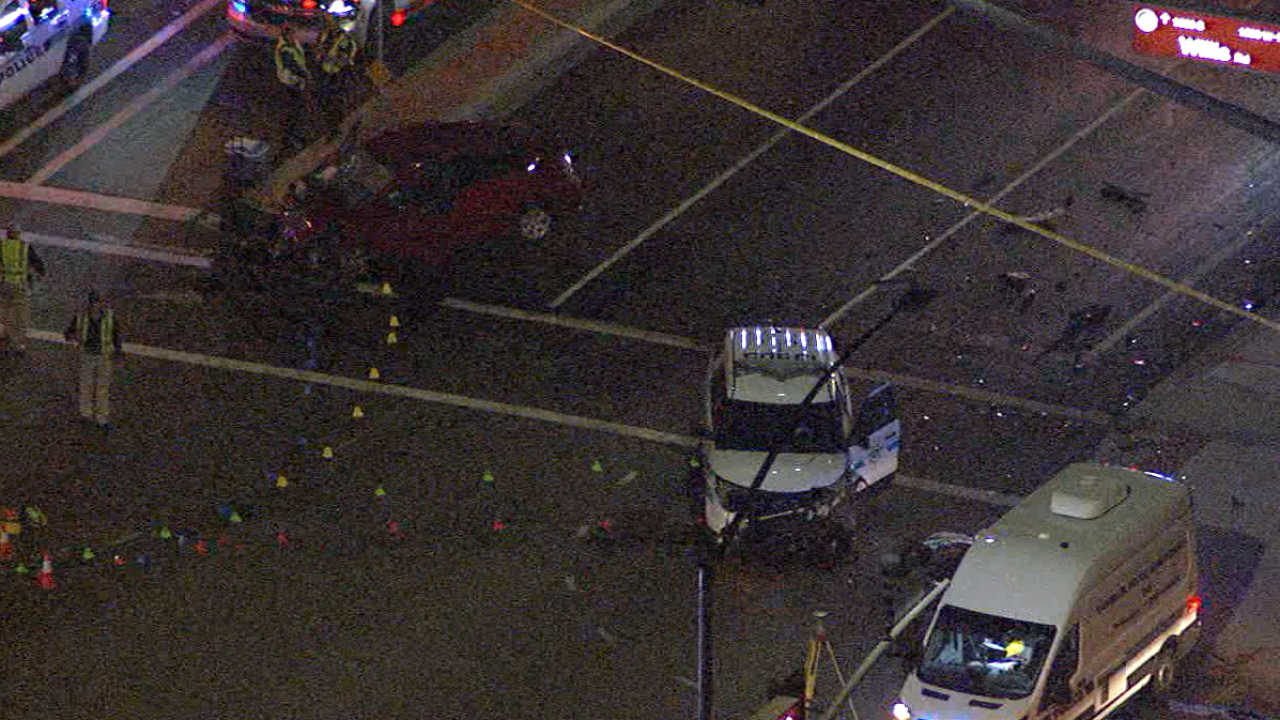 CHANDLER, AZ — A DPS trooper and a second driver have both been hospitalized after a crash in Chandler.

Chandler police say the incident happened around 8 p.m. Wednesday on Alma School near Willis, which is just south of the Loop 202 Santan.

Police say both the trooper, and the driver of the second vehicle involved had to be hospitalized.

The second driver has serious injuries while the trooper has minor injuries.

It is not clear what led up to the crash or if anyone was at fault.

Stay with ABC15 and abc15.com for developing information.