DPS: Rollover crash shuts down I-10 EB south of the Valley

A rollover crash shut down eastbound traffic south of the Valley Monday morning. 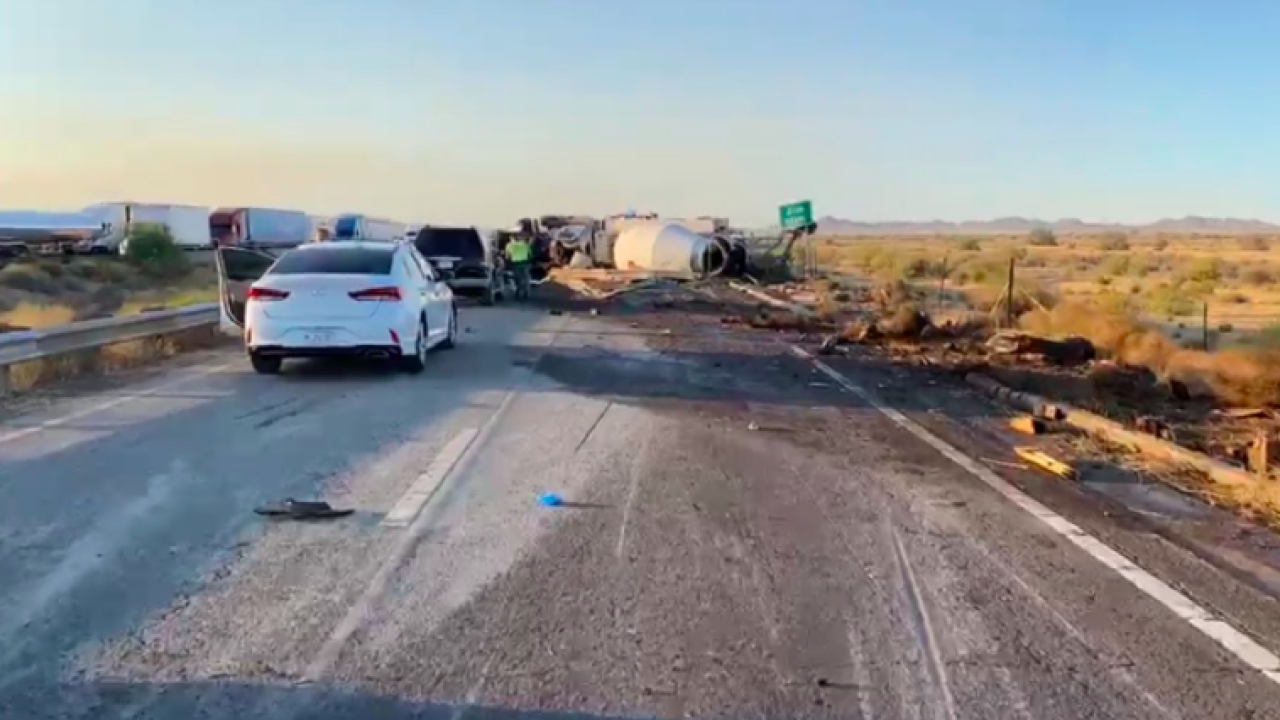 Arizona Department of Public Safety officials say a cement truck and SUV were involved in the crash near Riggs Road.

Video from the scene showed the truck rolled onto its side, blocking all eastbound lanes of traffic.

DPS says the driver of the SUV is under investigation for DUI.