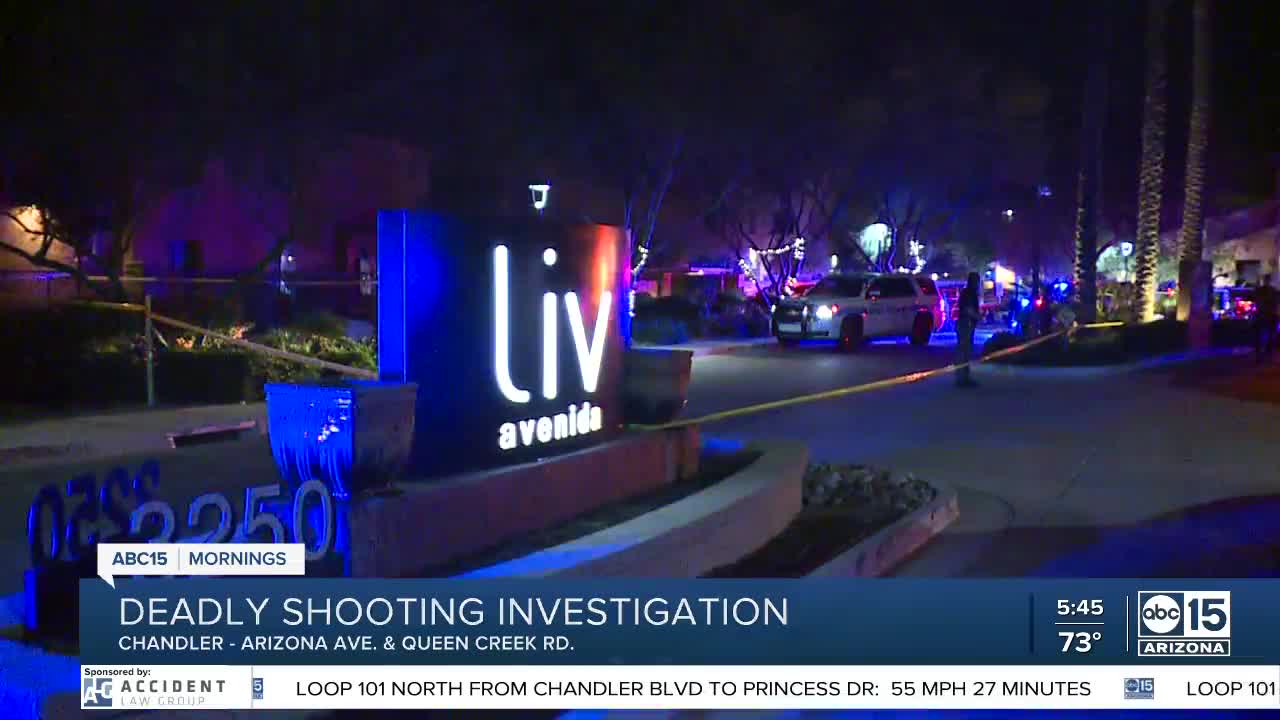 A homicide investigation is happening now near Arizona Avenue and Queen Creek Road. 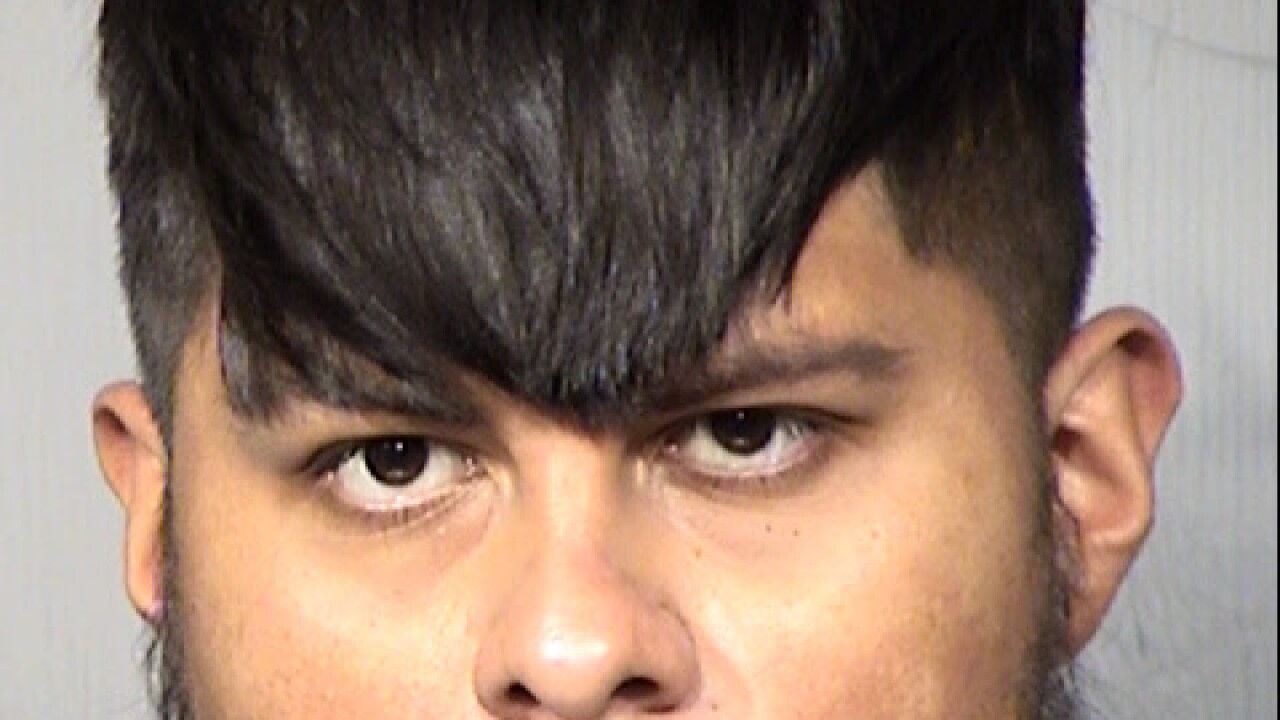 CHANDLER, AZ — A suspect has been arrested after a deadly shooting in Chandler overnight Monday.

Chandler police say they were called to investigate a shooting near Arizona Avenue and Queen Creek Road. At the scene, they located a victim, who was then transported to the hospital where he later died.

According to police documents, surveillance cameras recorded a vehicle driving around the complex before parking in a spot outside of the apartment complex gates. The victim, a 25-year-old man, walked up to the car and a passenger exited the vehicle with a gun, shooting the victim multiple times in the torso.

The suspects then fled the scene, but police located an envelope that had fallen out of the suspect vehicle with the suspect's girlfriend's name on it.

The suspect, Mark Anthony Alvarado-Sotelo, was contacted by police and he admitted to going to the apartment with his 13-year-old brother and two other people to carry out a robbery during a drug deal. They reportedly expected to meet a woman, but the male victim met with them instead.

Alvarado-Sotelo reportedly told police the victim was armed but didn't have a chance to pull out his gun before he was shot by one of the passengers. Documents show they also took off with the victim's gun and drugs.

Documents show that Alvarado-Sotelo took part in the armed robbery that resulted in the victim's death. Police concluded that he knew the others in the vehicle were armed and he knew of their intent.

He was booked into jail on a charge of first-degree murder during a crime.