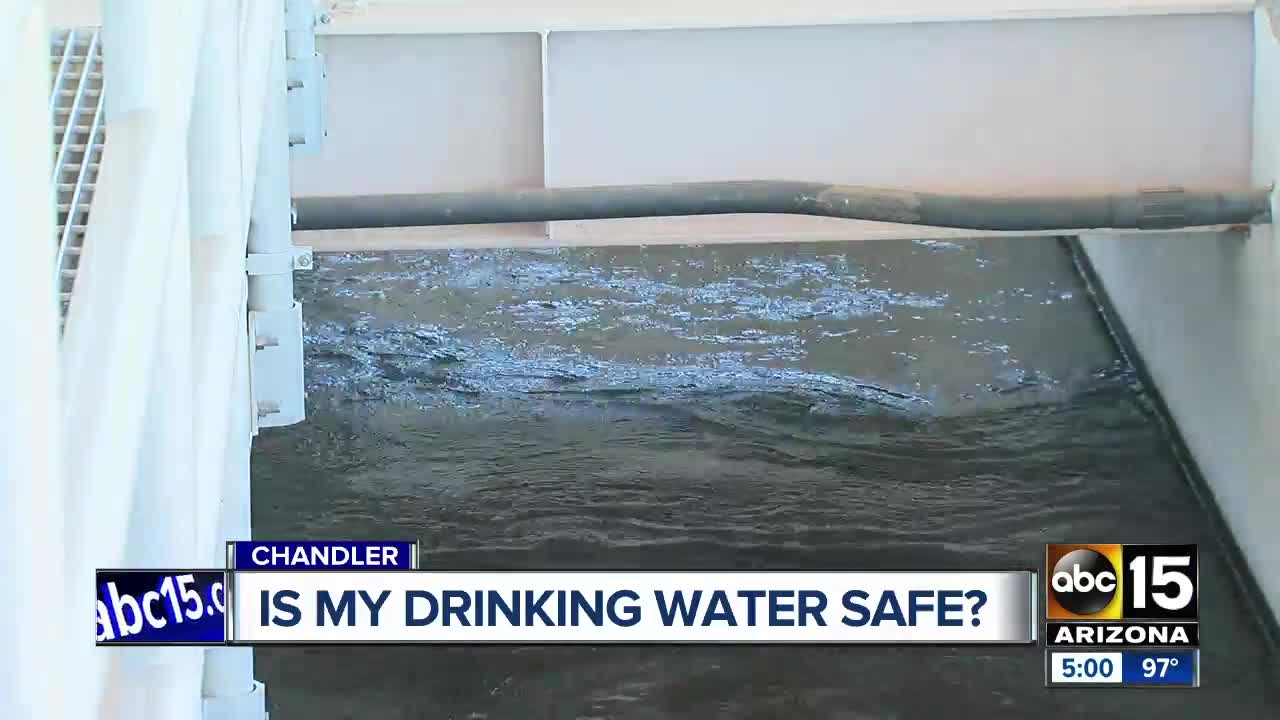 Officials say they have discovered a high level of contaminants in the water near 56th Street and Chandler Boulevard. 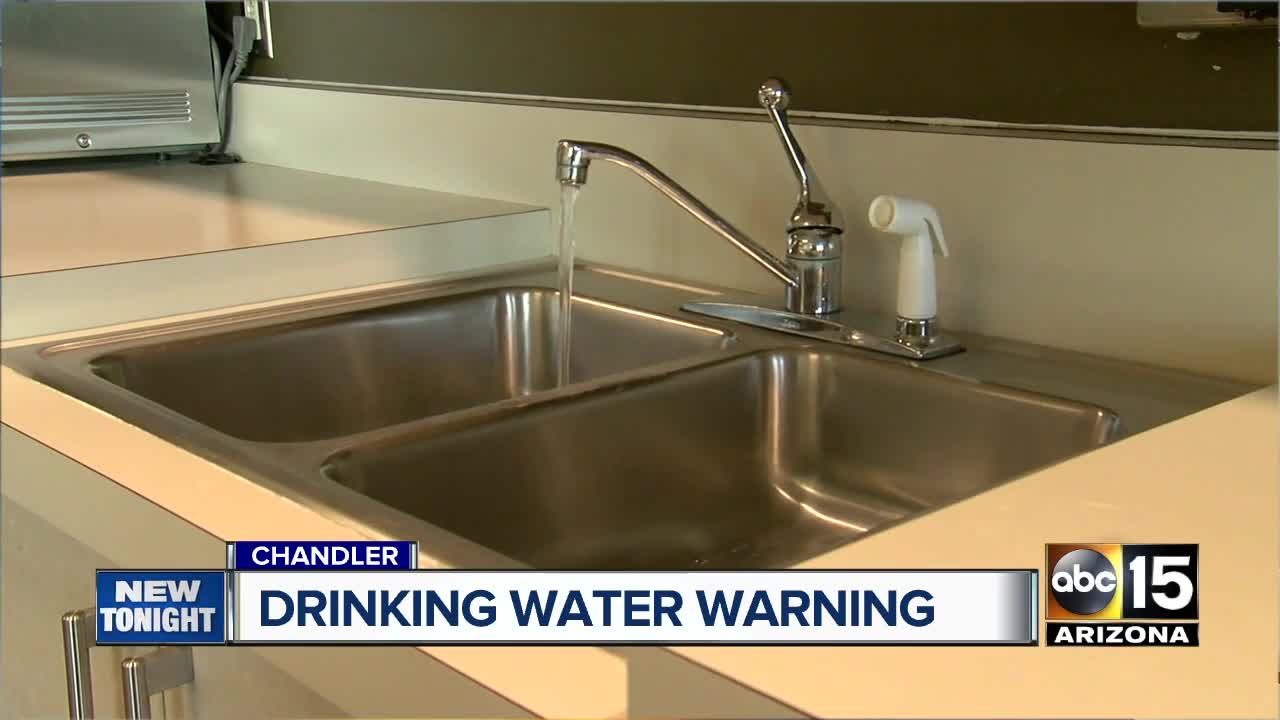 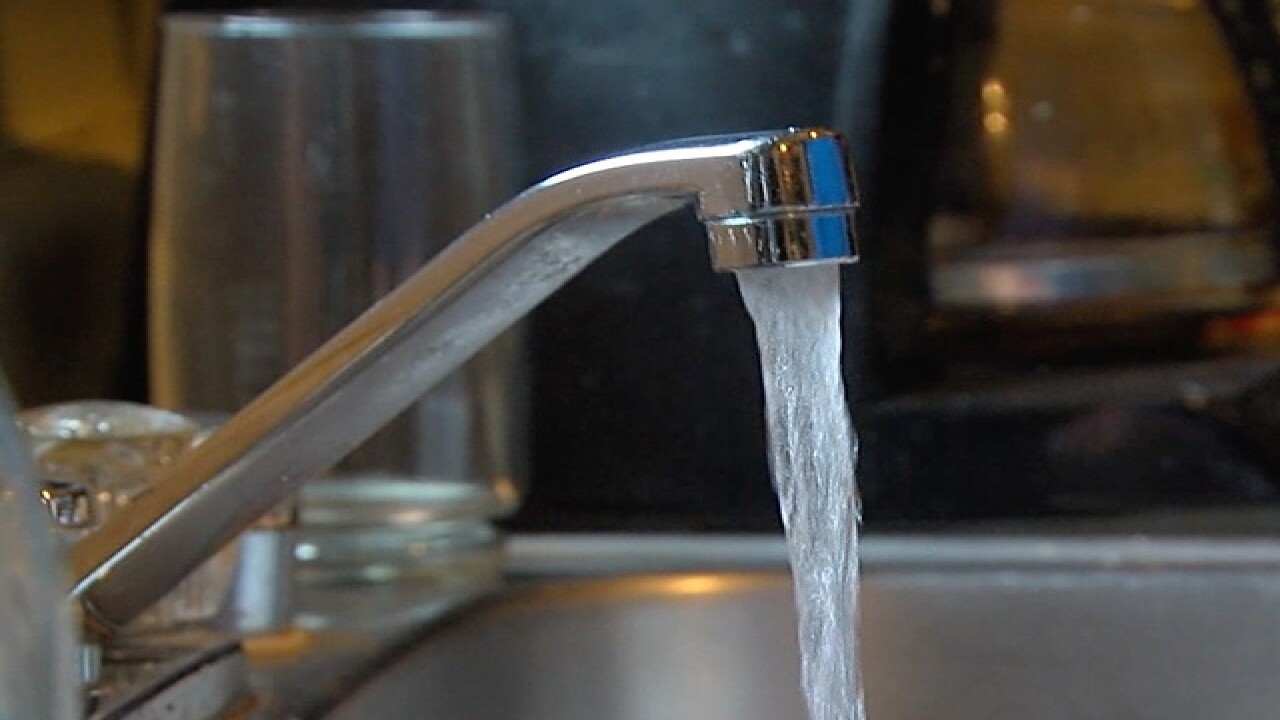 CHANDLER, AZ — The City of Chandler's water system is complex to say the least. The city "holds" water in 21 tanks that serves its 260,000 residents.

The city also has 12 "sampling points" throughout the city where officials collect water and test it for a standardized measure of a contaminant called "trihalomethane," which is commonly known as TTHM.

John Knudson is the city's Public Works and Utilities Director. "[TTHM] is a low-level contaminant that is formed when we disinfect water with chlorine," said Knudson. This is the first time the city's water system has shown a higher than expected level of the contaminant.

Knudson said Chandler learned of the elevated TTHM level in early May when the test results came back. The city's own lab constantly tests the water for various issues, but testing for TTHM is sent to an outside facility.

The results showed higher levels of TTHM in the west part of the city in a reservoir located near 56th Street and Chandler Boulevard. The tanks are filled up on a daily basis, as the usage of water fluctuates during the daily operations of the city's residents.

"The water in this particular tank had not been turned over in the prescribed amount of time and that's what ended up causing the issue," added Knudson.

The city took immediate steps to fix the issue.

"We've actually cut back on the chlorine coming out of the water plant, still remaining in very safe levels that's one. We've also increased our ground water pumping in that side of town," Knudson said.

It's important that to mention the water in Chandler was always safe to drink and the issue was never to be of concern for residents.

"It's not anything to become upset about or concerned about, it's one of those constituents or contaminants that we are tasked with testing for," added Knudson.

The notification you see here was an effort for transparency from the city officials and also a state requirement. If you have any further questions, the City recommends you call 480-782-3654 or visit its website.