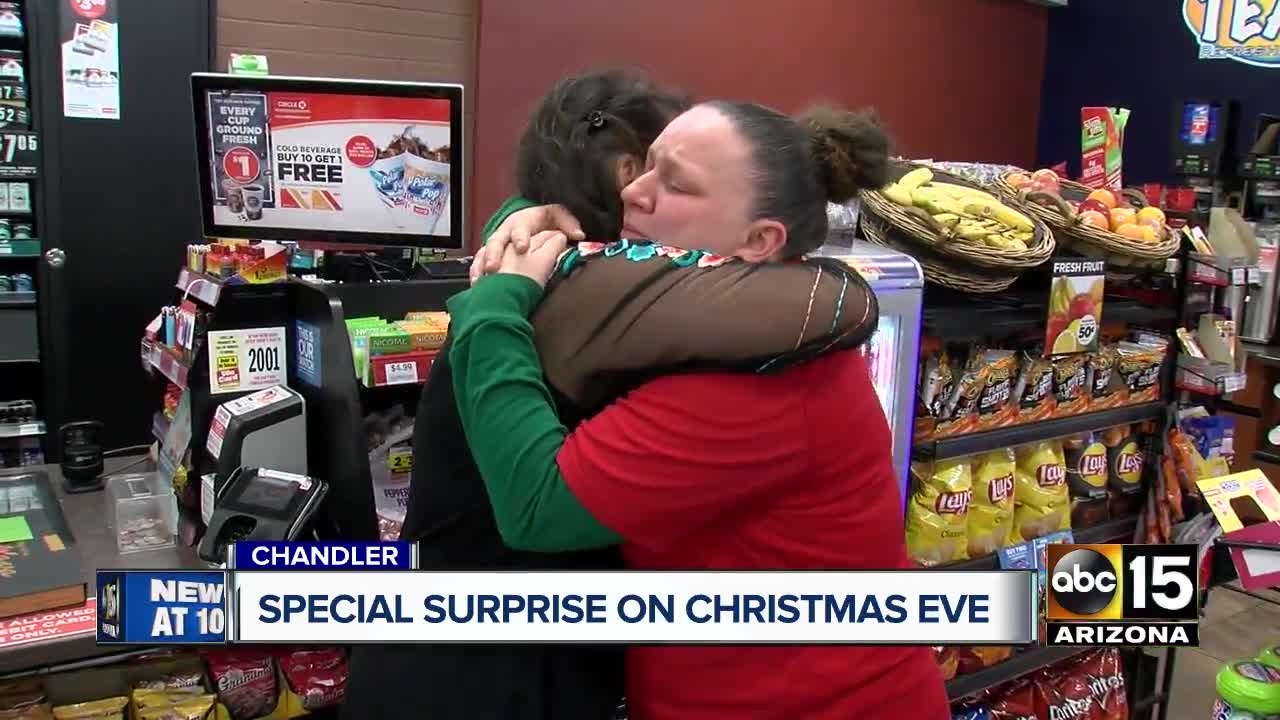 On Christmas Eve, the customer had an idea and decided to do something special for the single mom.

CHANDLER — Every day, thousands of Arizonans walk in and out of a Circle K. One Chandler woman though, got to know the kind employee behind the counter. On Christmas Eve, the customer had an idea and decided to do something special for the single mom.

Melissa Peregrino works five days at week at the small Circle K near Alma School Road and Chandler Boulevard. She started the job in late July, after moving her two kids from California to be with her sister and her two children.

"We just moved here from California. Me and my sister. And it’s just us, we don’t really have family out here or friends or anything," said Peregrino.

Peregrino always leaves an impression on her customers.

"You could just see it in her eyes. She never complained," said Marty Wilson.

Wilson began chatting with Melissa during her trips for iced tea.

On Facebook, Marty put a call out for donations and others chipped in to add to her gift.

"I want the kids to have a killer first Christmas in Arizona," said Marty, hugging Melissa."Thank you so much this really means a lot."

"It's going to help so much with giving them a Christmas that...they really miss their family and stuff. And we are used to having big Christmases and everyone being together. It's going to mean a lot to them," said Peregrino.

For the single, hardworking, mom the cash means a little less stress.

"Trying to make sure all your bills are paid and everything else. Plus give your kids Christmas, because they don't understand the money aspect of it, but we try our hardest and we have been trying our hardest for the last ten years for them," said Peregrino.

The money is temporary, like Christmas Day, but the kindness is something Melissa says she will remember all year.
"Just overwhelmed and very very thankful," said Peregrino.