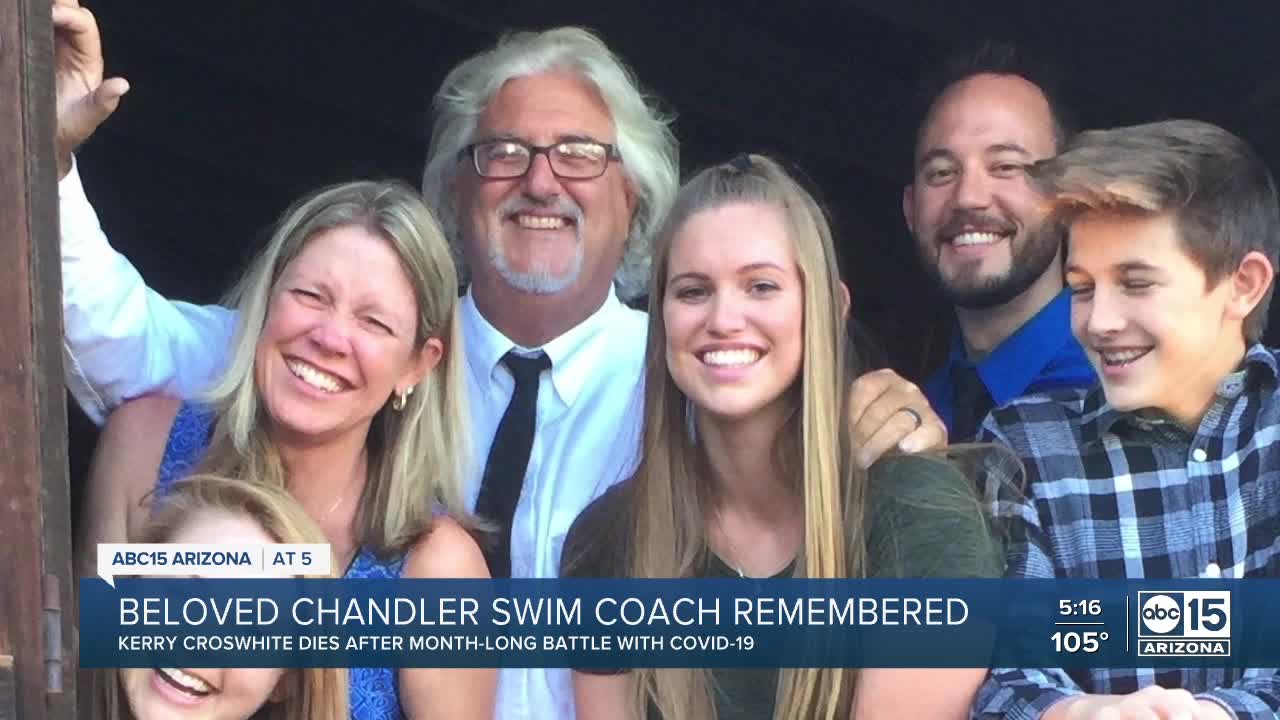 A beloved Chandler swim coach, Kerry Croswhite, has died after a long battle with COVID-19. 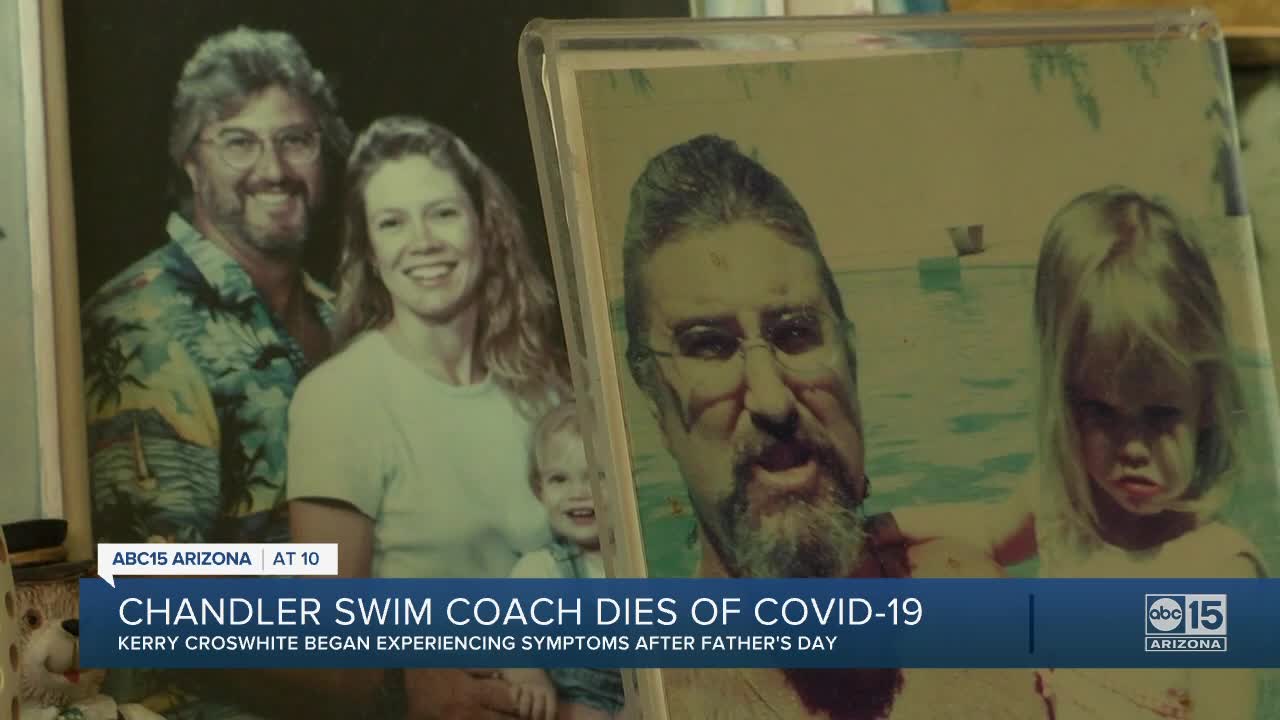 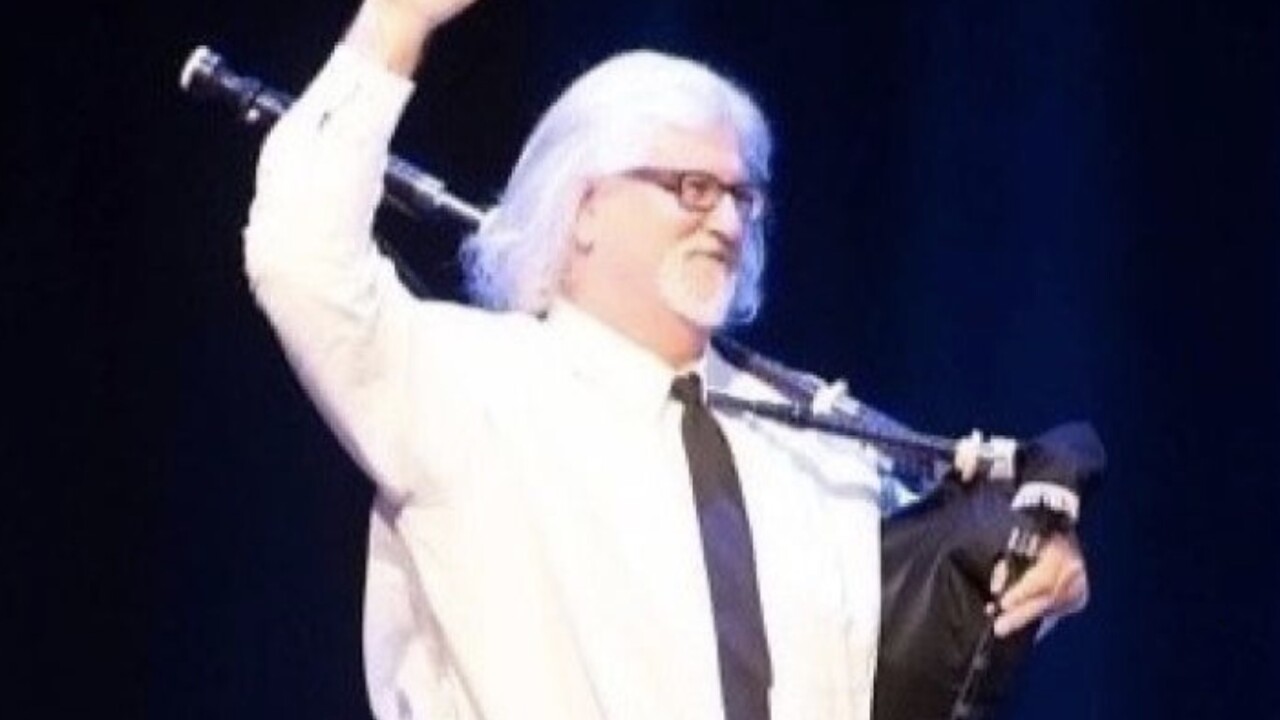 His wife Laurie, also a teacher in the district, broke the news in a post on CaringBridge.

Croswhite first began to notice symptoms the day after Father’s Day on June 22, according to family members. He was admitted to the hospital on July 3, and fought for 18 days on a ventilator.

On Wednesday, a representative for the Chandler Unified School District told ABC15 they will be seeking approval from the Governing Board to name the Chandler High pool in honor of Kerry Croswhite.

Croswhite's family told ABC15 they were able to visit Kerry and say goodbye as he remained on a ventilator Tuesday.

"It was definitely the hardest day of my life," said Kerry's daughter, Bristyn Croswhite. "It's hard to imagine a life without my dad."

Standing near the Chandler High pool on Wednesday, Croswhite's family remembered the man who made such a big impact in his community.

"I think that this pool, this area, this everything is my dad," Bristyn Croswhite said. "Nothing better than it to be named after him."

ABC15 also learned Croswhite played bagpipes as part of the Tempe Police Pipe Band and performed at the services for fallen Valley officers over the past 12 years.

Croswhite was a beloved swim coach and touched the lives of hundreds, if not thousands of students in his nearly two decades at CHS.

We mourn with Kerry’s family during this extremely difficult time. He was an exceptional asset to our Volunteers in Policing and he was an incredible bagpiper. https://t.co/G3V0CgpTNO

Croswhite’s family started a GoFundMe page on July 9, asking for donations to cover medical expenses. The page has raised more than $46,000.