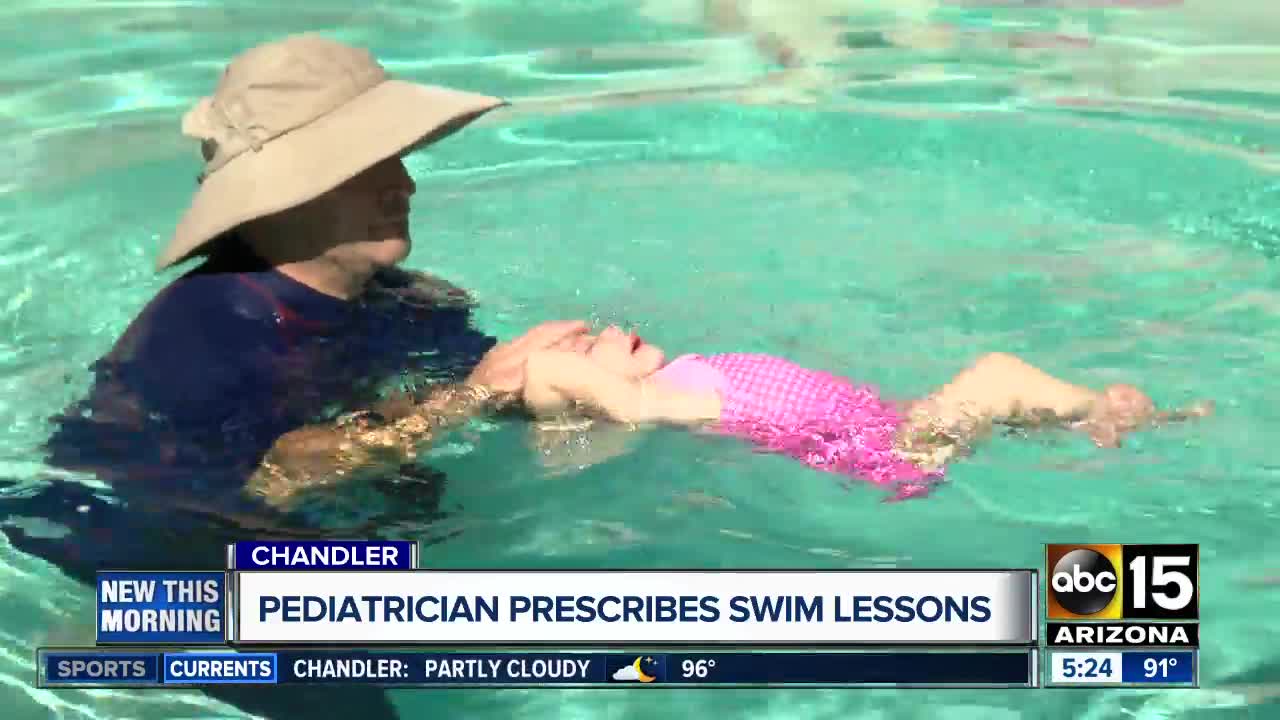 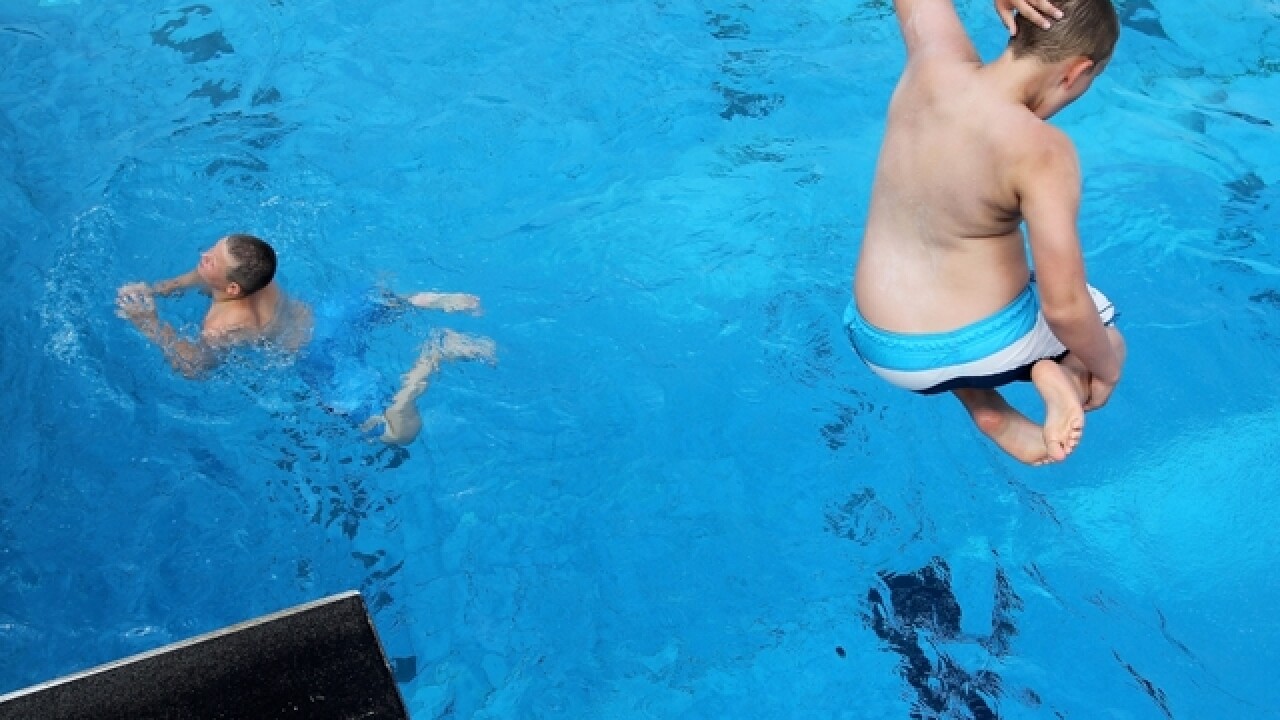 CHANDLER, Ariz. — One Chandler pediatrician is prescribing swim lessons to her young patients to help prevent kids from drowning in the Valley.

At her patients' six-month check-ups, Judy Pendleton at Pendleton Pediatrics in Chandler gives out a booklet to parents about the Water SMART Babies program. The Drowning Prevention Coalition of Arizona partnered with healthcare providers to help doctors educate parents about water safety.

According to the coalition's website, the Water SMART Babies program was originally developed in Broward County, Florida, where an 87 percent reduction in drowning was achieved in its first year of implementation.

In Maricopa County, the program has been piloted in 24 pediatrician offices, and has been found to be a useful tool to help make families safer by combining child and parent water safety education.

Dr. Pendleton stamps the booklet with a prescription for swimming lessons. It's a simple move, but she says it's increased the dedication to water safety.

"It makes a big impression when they can see something and they can take something home," said Pendleton. "This one is significant, especially when kids start to be mobile, that we point to it as something that we recommend more aggressively than rather just saying, 'Go get swimming lessons and baby-proof your house.' This is vitally important so we feel it has to be presented a different way."

According to the Arizona Department of Health Services, drowning was the leading cause of death among children 1 to 4 years old from 2010 to 2015.

So far this year, four kids younger than 6 years old have died in Maricopa County from water-related incidents.

Experts say the best way to prevent child drownings is having adult supervision, but teaching them how to swim from an early age could save their lives.

The Bandarus were at Dr. Pendleton's office for their daughter's six-month checkup. Her father, Venkat Bandaru, says they want her to start swimming and getting comfortable in the water as soon as possible.

"At this age, they don't know what they're doing, they're not scared of anything. So if they learn how to swim at this age, they'll be a pro in four years," said Bandaru.

"When they are almost mobile is a great time to do anything to prevent them from having problems. Like you want to baby-proof your house before your child is crawling. You want to get your kids safe around water at a young age because they can go swimming at 6 months, they can have their sunscreen and be out in the pool. If you start things early as a habit, you tend to stick with them," said Pendleton.

You can get your kids in swimming lessons without a prescription. But, if you have the booklet, you can go to any of the listed swim schools that participate in the program.

Pendleton says many of the patients' parents don't know how to swim. She recommends they get swim lessons as well, because they have to be able to help their child if something were to happen.