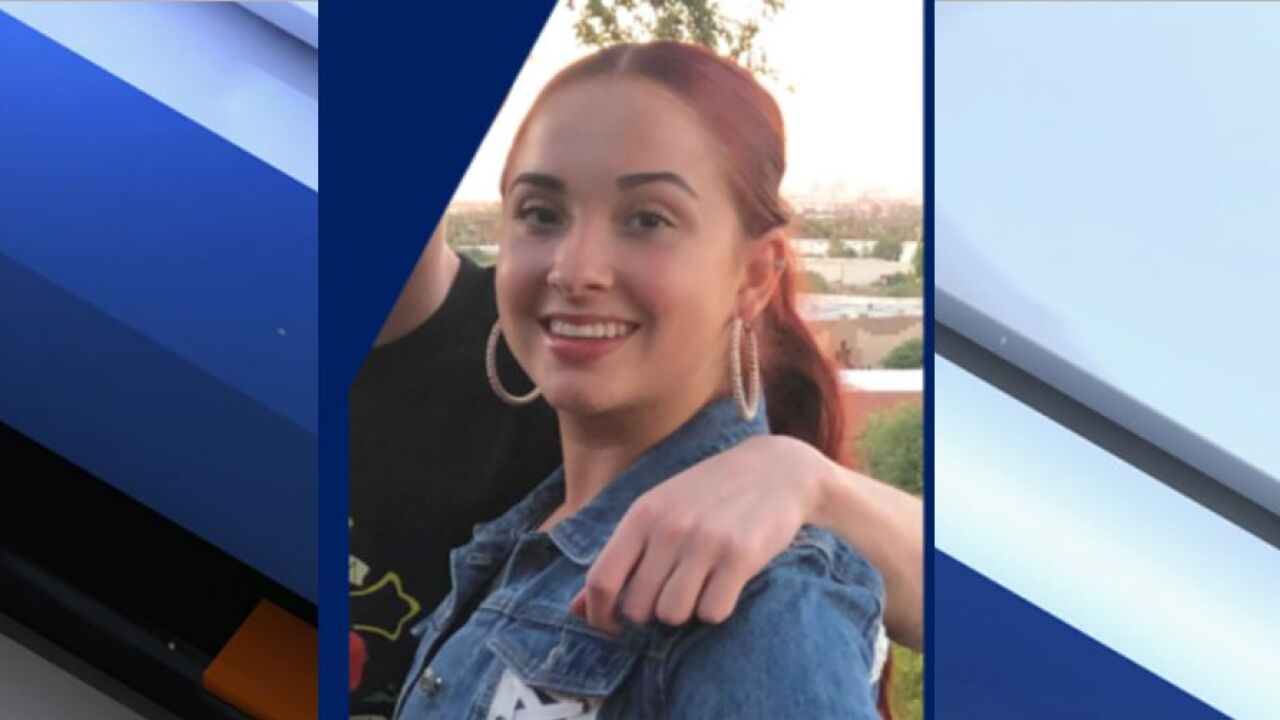 CHANDLER, AZ — UPDATE: Chandler police say 16-year-old Melissa Sajn was found safe in Phoenix tonight. Details on what led to her disappearance have not been released.

Police said there is no indication that she was kidnapped or injured in any way, but police are concerned because her belongings were found in a park.

Sajn is described as five-foot eight-inches tall and has a medium build. She has brown hair and eyes. She has been entered into a national database as missing and endangered.

If anyone sees Melissa, you’re asked to call 911 immediately.