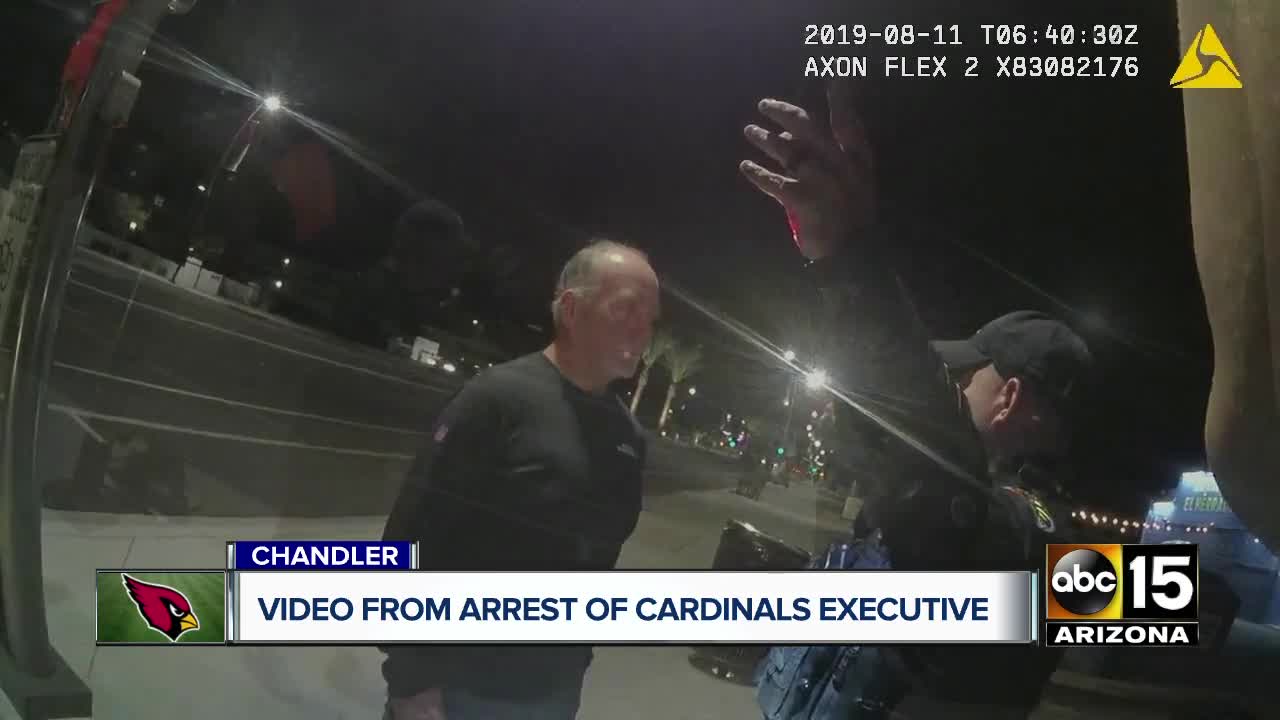 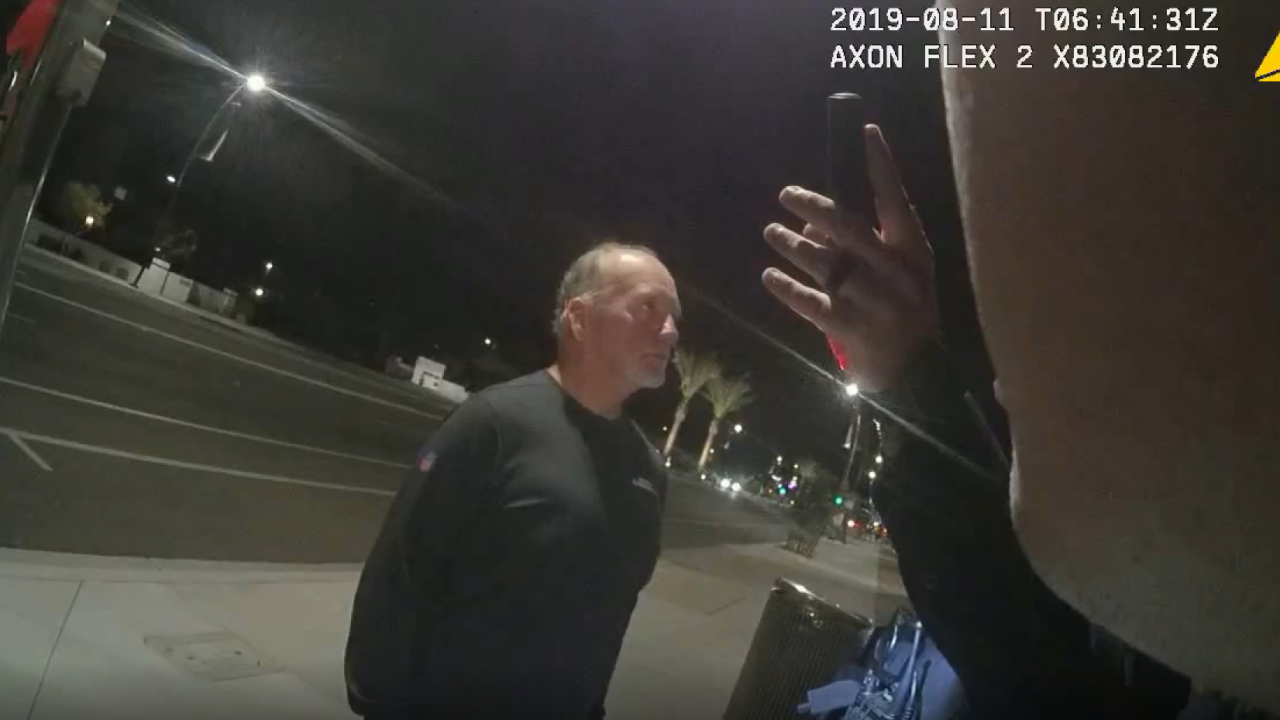 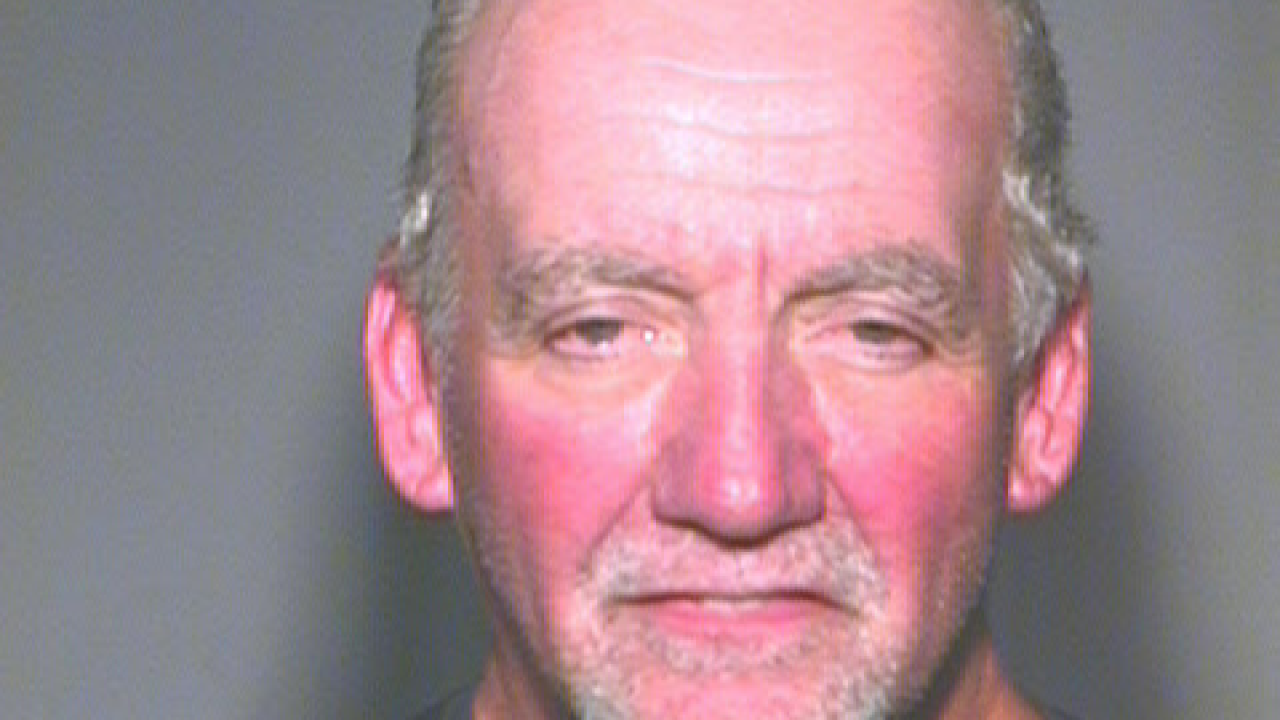 CHANDLER, AZ — Editor's note: This story has been updated to include Ron Minegar's BAC results.

Chandler police say Minegar's Chevrolet Tahoe was stopped near Arizona Avenue and Pecos Road after receiving reports of a vehicle speeding and driving erratically. A witness told officers Minegar swerved into the bike lane, almost hit a motorcyclist and was unable to stay in his lane.

Officers noted in the report Minegar and his SUV smelled like alcohol and say he admitted to having four drinks before getting behind the wheel.

Two of three field sobriety tests were cut short out of concern for Minegar's safety and police say he refused to take a breathalyzer test.

Minegar was arrested on suspicion of DUI and taken to Chandler police headquarters, where an officer drew blood for testing.

On Thursday, Aug. 29, a spokesperson for Chandler police said Minegar's BAC was .199, which is more than twice the legal limit of .08.

In a statement shortly after Minegar's arrest, the Cardinals said the team fully recognized "the seriousness of these actions and they will have serious consequences."

A message seeking comment Wednesday about whether any specific consequences had been determined yet was not immediately returned.