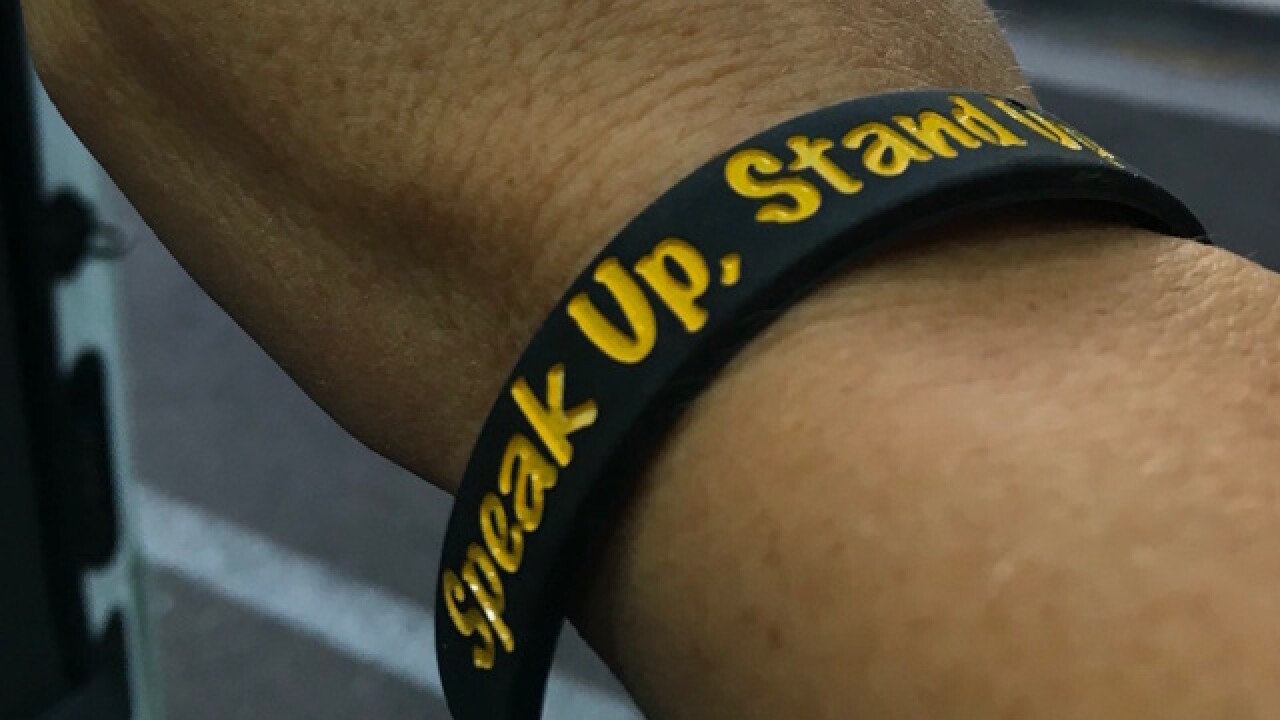 It's not a topic many want to talk about but they Kyrene School District in the East Valley says it's critical to get the conversation going about suicide and school violence.

Students at Aprende Middle School were challenged to come up with a way to address the issue and came up with the idea of bracelets that include a student tip line on the inner lining.

Leadership students wear them all the time and pass them out on campus with a message to report anything that doesn't seem right with fellow students ranging from bullying to depression. They say it's an easy conversation starter for a tough topic.

"Hearing it from older people sounds like a broken record. Hearing from your peers, it just resonates," said eighth-grade leadership student Paige Shurman.

The bracelets are part of a countywide school initiative called 'Speak up, Stand up, Save a life'. Students at Aprende also created videos that air on campus to create a more open culture.

They say, speaking with classmates, the pressure to have perfect test scores and perfect grades is what troubles most.

Principal Renee Kory says they've gotten dozens of tips since the bracelets were first handed out, many generated by social media posts and they have a tiered response system in place depending on what's reported.

"Probably on a weekly basis our counselors are seeing someone who is engaging in self-harm or having thoughts of suicide. So it's a pervasive issue, a pervasive problem that we definitely need to pay attention to," she said.

In the last year, more than a dozen students in the East Valley have committed suicide. Dr. Kory says they've lost a current or former Aprende student every year the last six years.

Other schools in the Kyrene District have reached out to get the same program going, even at the fifth-grade level.

Corona Del Sol High School is also going to team up with Aprende to help with the transition to high school and to help keep the culture of reporting going.