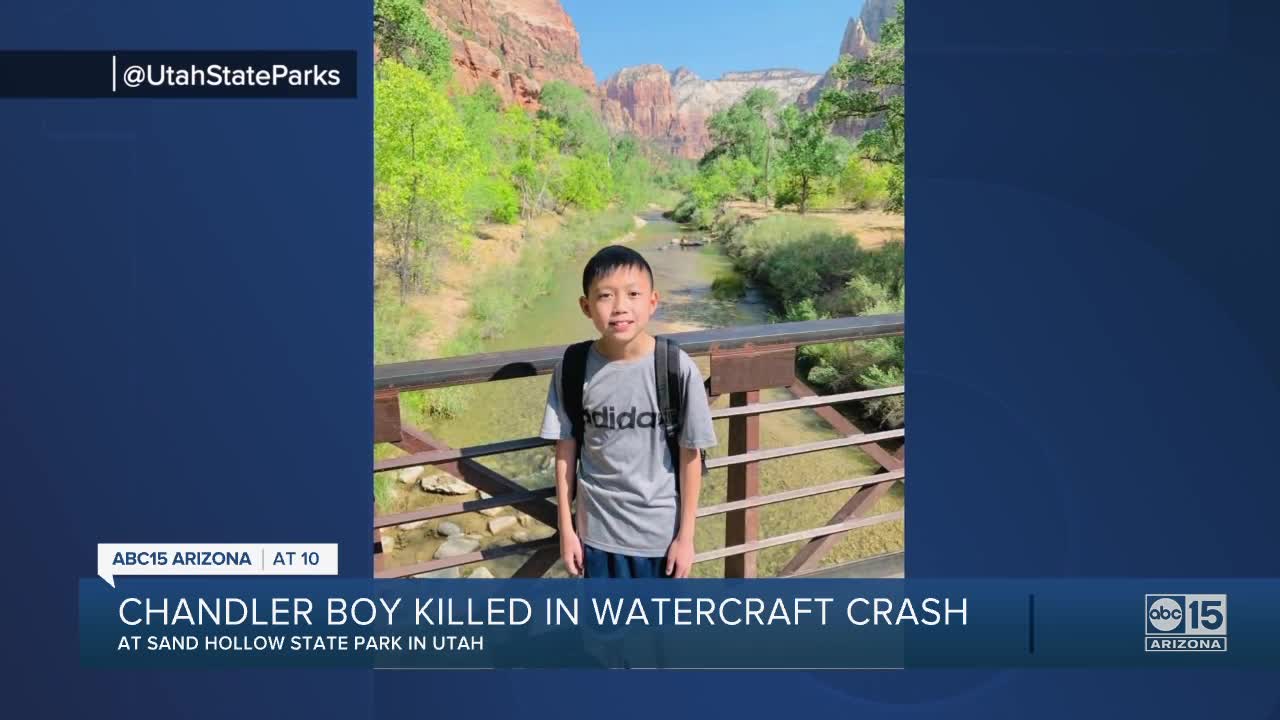 An 11-year-old Chandler boy was killed in a watercraft crash Monday at a Utah state park. 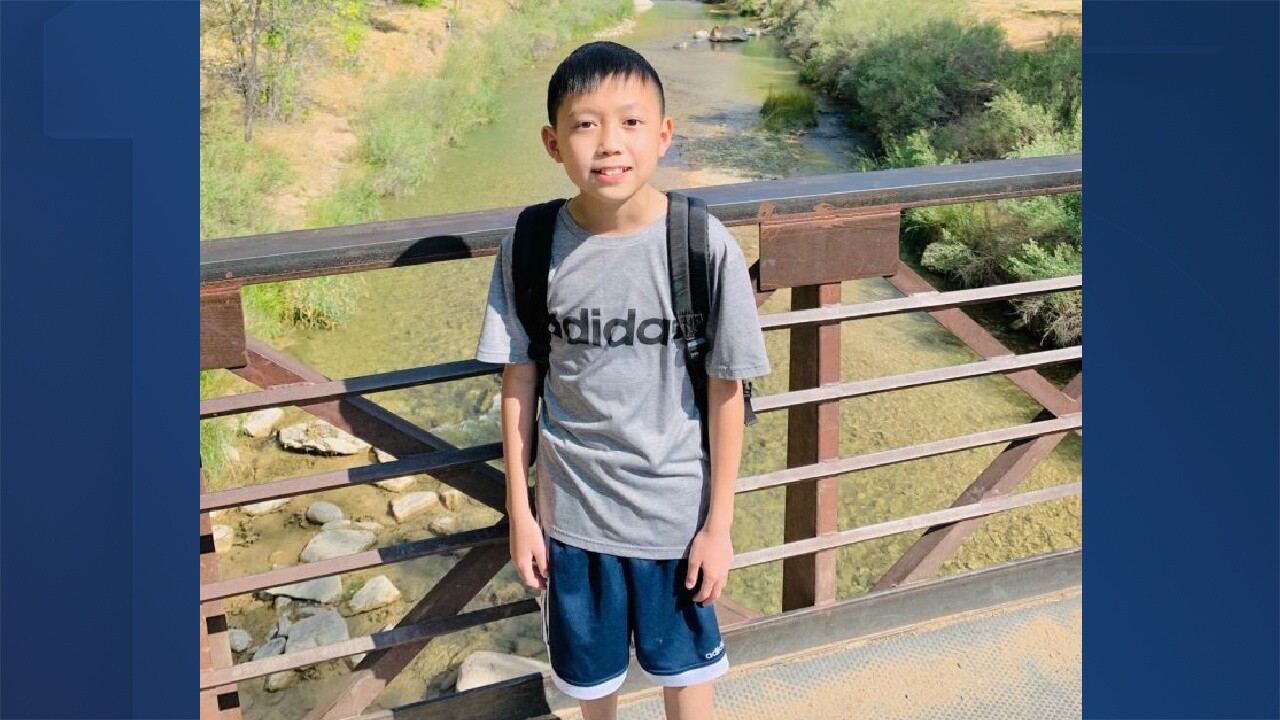 CHANDLER, AZ — An 11-year-old Arizona boy has died after a watercraft incident at Sand Hollow State Park in Utah.

The Utah Division of Parks and Recreation says the incident happened at about 1:15 p.m. on Monday.

According to a release, two personal watercraft collided on the Sand Hollow Reservoir. Both watercraft had one adult and two children on board.

All three occupants of one of the watercraft were thrown into the water when they collided.

Everyone involved was reportedly wearing a life jacket at the time.

A nearby group witnessed the incident and helped bring the three injured people to shore. CPR was performed on the child until an ambulance arrived.

The Utah Division of Parks and Recreation says 11-year-old Ethan Law of Chandler was taken to the hospital but did not survive.

The father and the second child were hospitalized with non-life-threatening injuries.

Additional information on the incident has not been released.