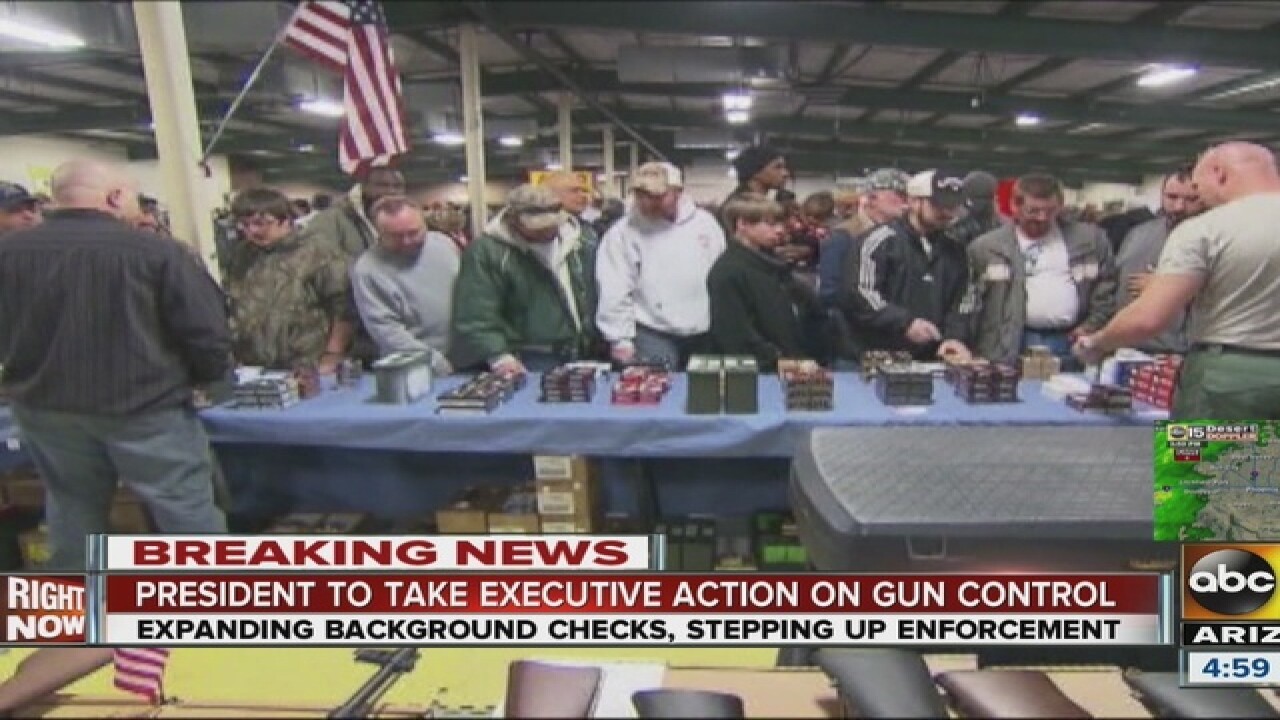 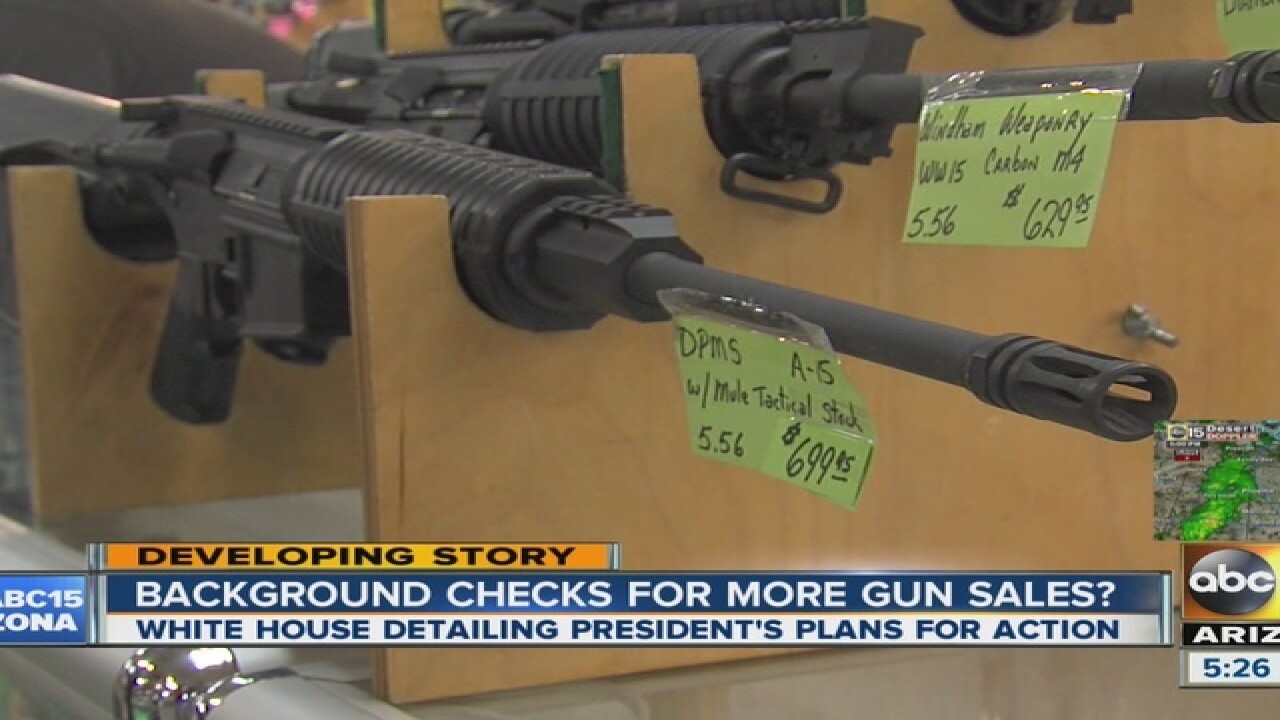 Locally, gun rights supporters are getting ready for what may come.

"It sounds like he's coming after individuals selling guns to each other or inheritances, which is terrible. It's nobody's business if a father gives a gun to his son,” said Jeff Serdy, owner of AJI Sporting Goods in Apache Junction.

"It's not law-abiding dealers. They're coming after individuals that perhaps are acting as dealers without a license. But again, that's already a crime. Enforce the laws that are there. There's really no need for any new laws,” Serdy said.

“Unfortunately, those prohibited purchasers have a very easy road to acquiring a weapon by going to a gun show or buying in online in a state like Arizona,” Kitaeff said.

He supports universal background checks and said dealers should encourage that environment at gun shows even for private transactions.

“We can put them in the bound books. We can do the background checks. You can rest easy at night knowing that you transferred a firearm to a person who's deemed qualified to have a firearm,” Kitaeff said.