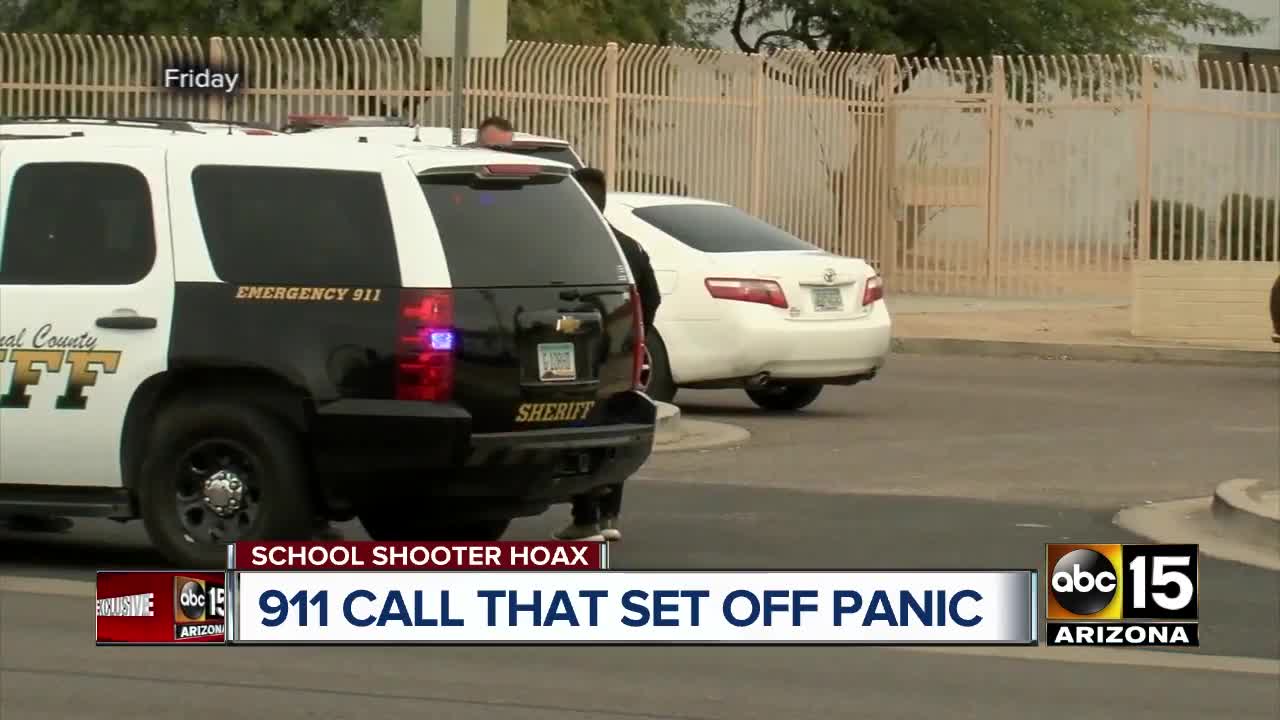 A lockdown was lifted and the all-clear was given at Apache Junction High School Friday afternoon following reports of a threat at the campus. 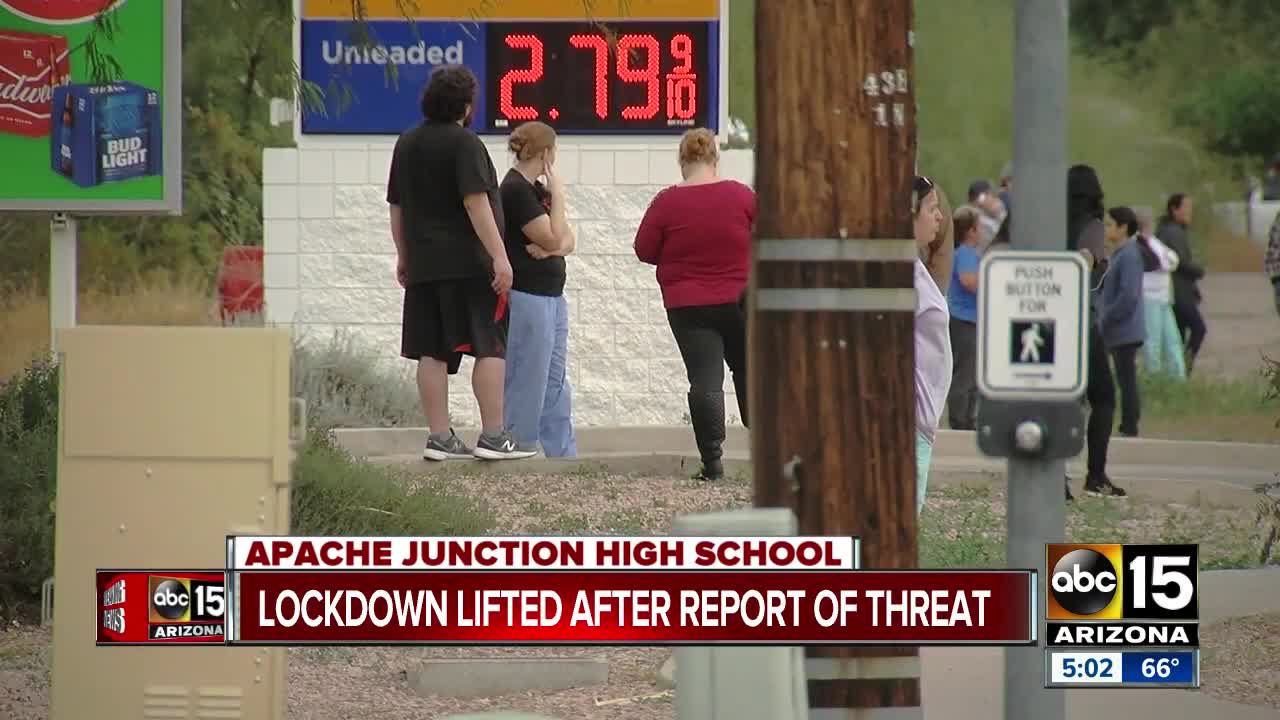 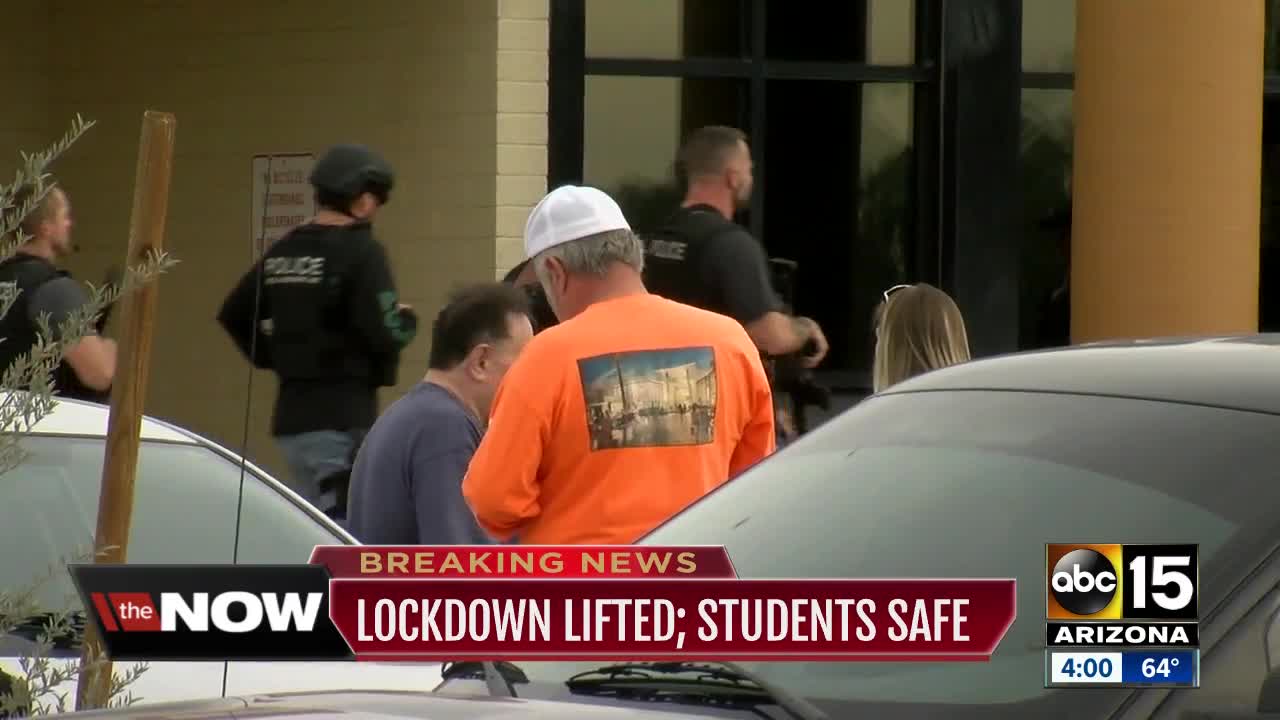 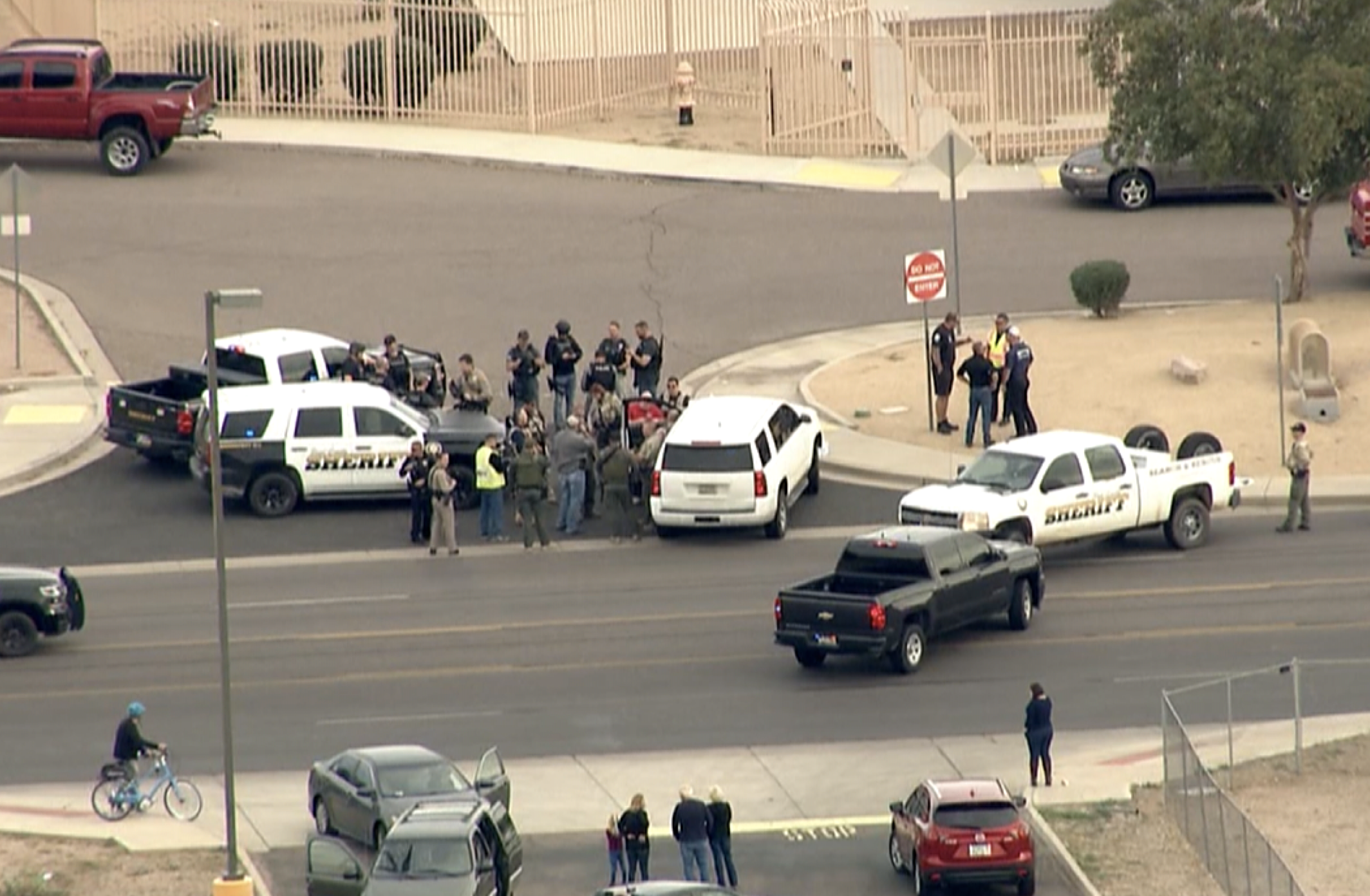 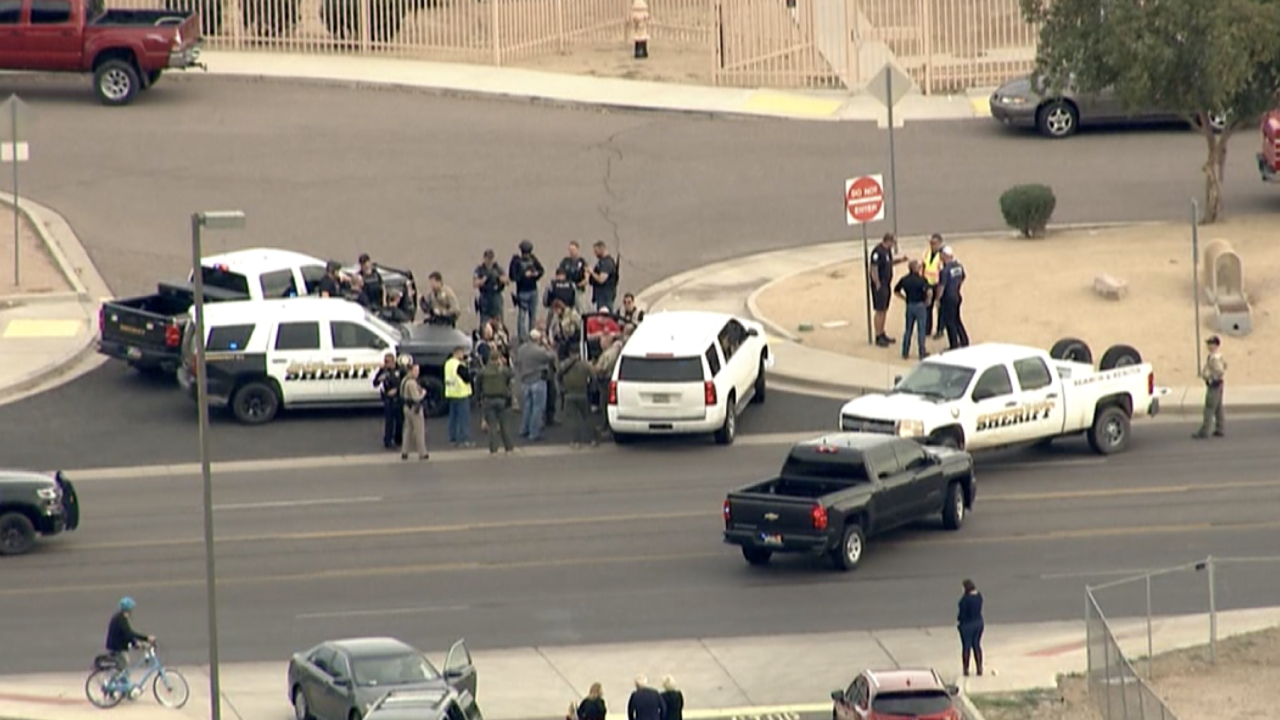 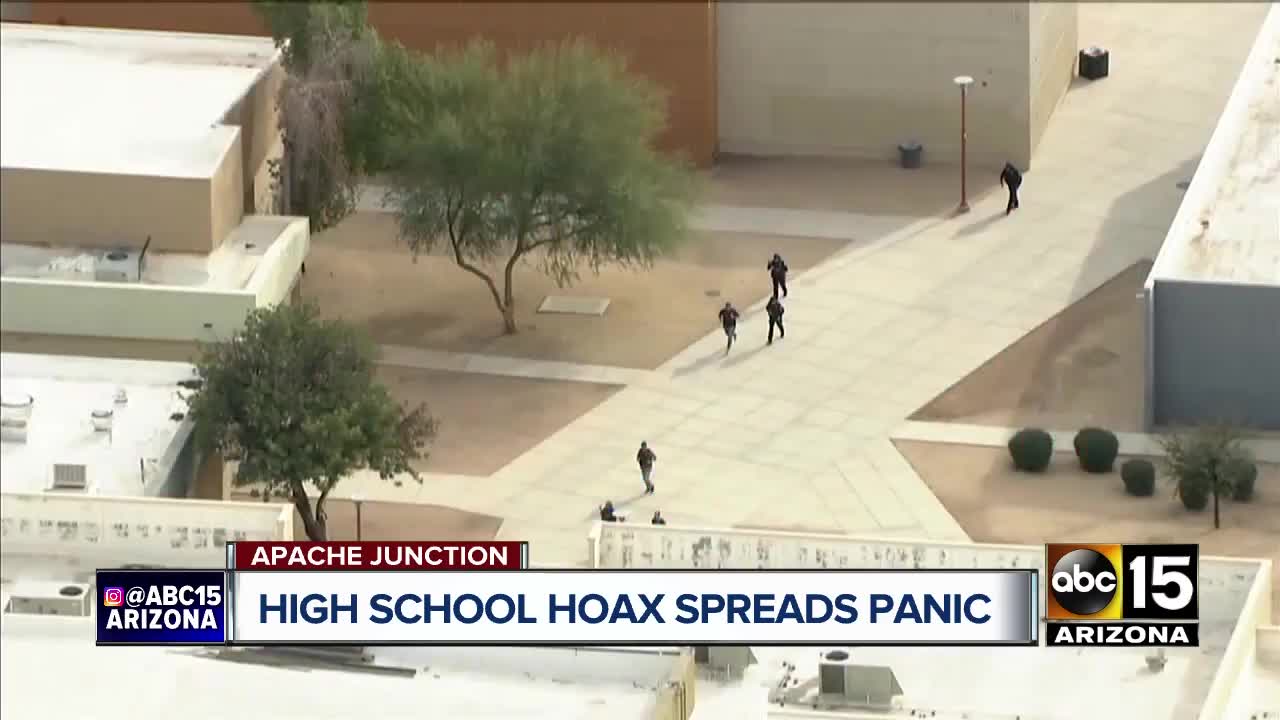 APACHE JUNCTION, AZ — A lockdown was lifted and the all-clear was given at Apache Junction High School Friday afternoon following reports of a threat at the campus.

Apache Junction police say officers responded to the school, located near Southern Avenue and Ironwood Drive, after receiving a 911 call about a possible shooting. According to police, a teenage male reported "shots fired", and dispatchers thought they heard someone yell "help" in the background.

In a 2:40 p.m. news briefing, police said no injuries had been found and crews had not found evidence of a shooting.

Police said during an evening update that a 17-year-old student will be charged. The student reportedly admitted to police they made the prank call and used another student's phone that they picked up. The case is being forwarded to the county attorney for review. The student will face charges of interference with disruption of an educational institution, false reporting that caused action by official to deal with emergency, and false reporting to interrupt a place of assembly.

Police told ABC15 charges could also include restitution for the massive response from the sheriff's department, fire department, Department of Public Safety, and Apache Junction police.

Please avoid the area of Ironwood and southern where roads are closed as police investigate around Apache Junction high school. No injuries, the school remains under lockdown.

Police said officers went room-to-room and building-to-building during their extensive search of the school.

Video from the scene showed students being released around 3 p.m. after the call was determined to be unfounded.

An email from the district said that all buses in the district would be late on Friday afternoon, including Cactus Canyon Junior High School, Desert Vista Elementary, Four Peaks Elementary, Peralta Trail Elementary, and the Learning Center.

On Monday, Apache Junction Police Captain Arnold Freeman spoke with ABC15 about the why these types of incidents are taken so seriously.

“Prior to Sandyhook, these calls were maybe written off as misdemeanors or kids may end up having to do community service, or something like that, and typically there was no real discipline for initiating this type of call,” Cpt. Freeman said. “What used to be a small infraction or a small prank into a criminal offense, and it’s very serious offense now because we answer that call we assume from the very beginning that it’s real, we have to.”

Capt. Freeman said the reimbursement for these incidents could end in the tens of thousands of dollars.