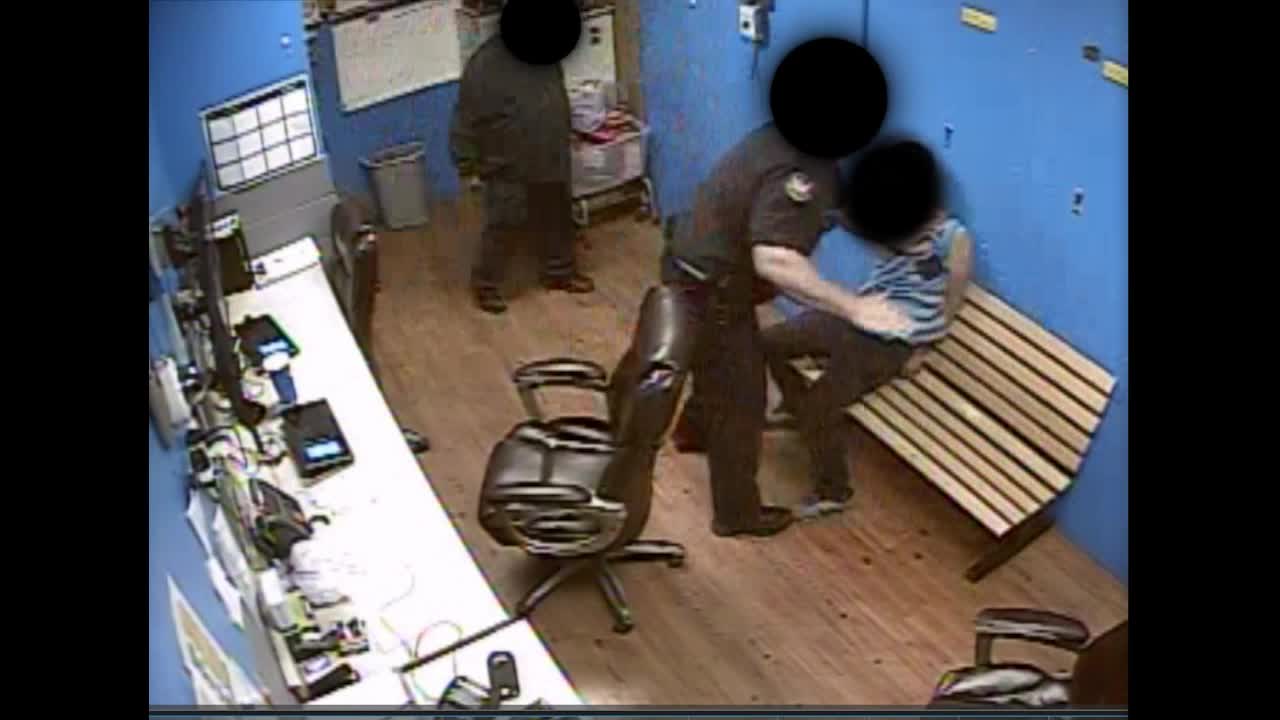 Video from inside a Walmart loss prevention office appears to show a Phoenix officer slap a handcuffed suspect. 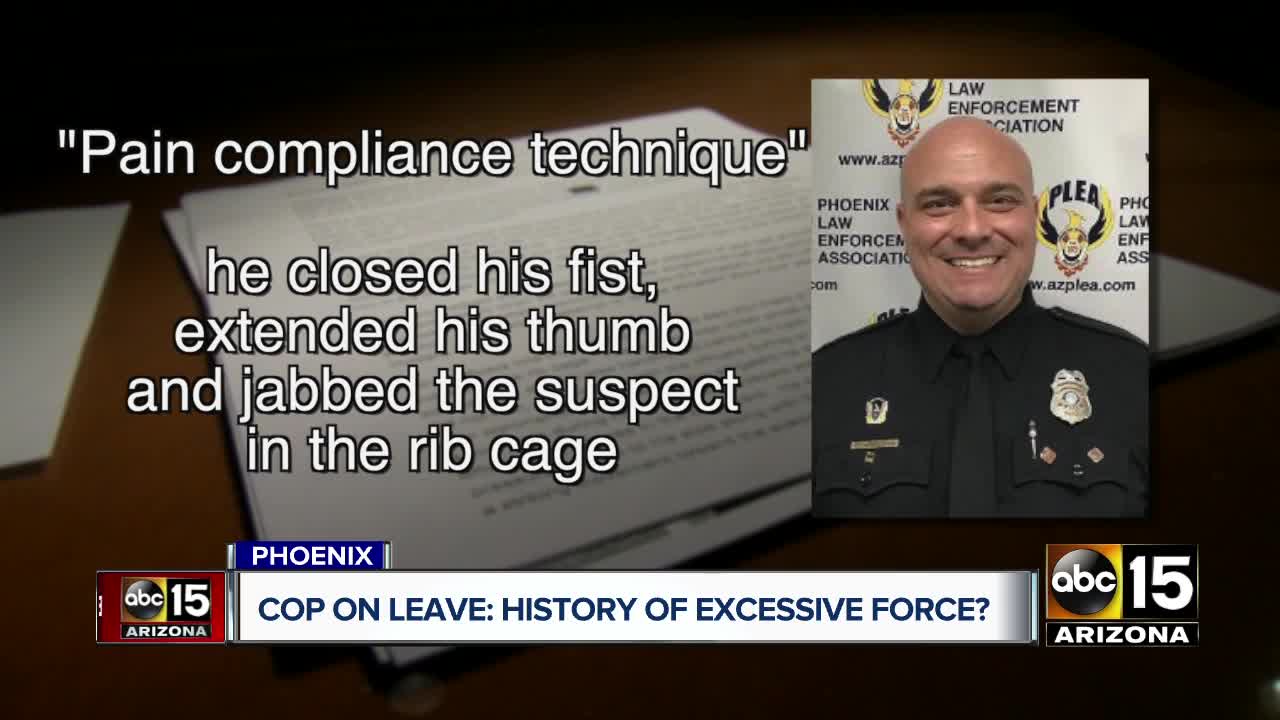 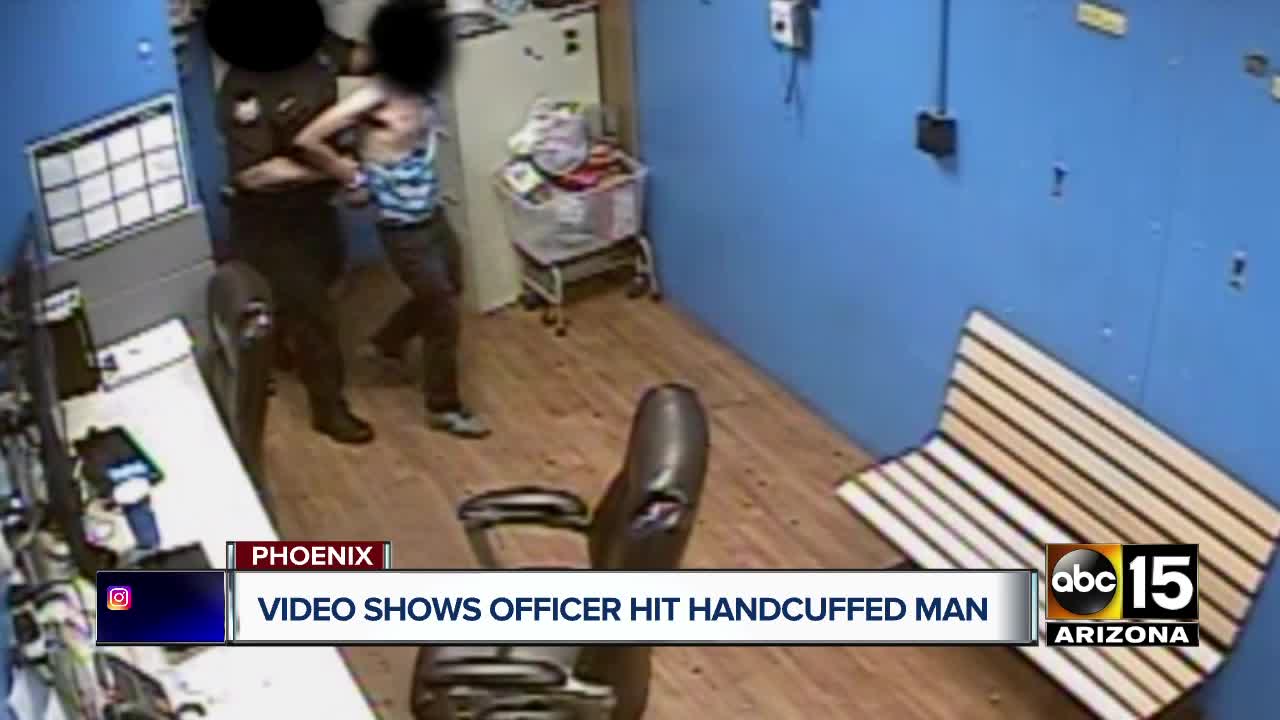 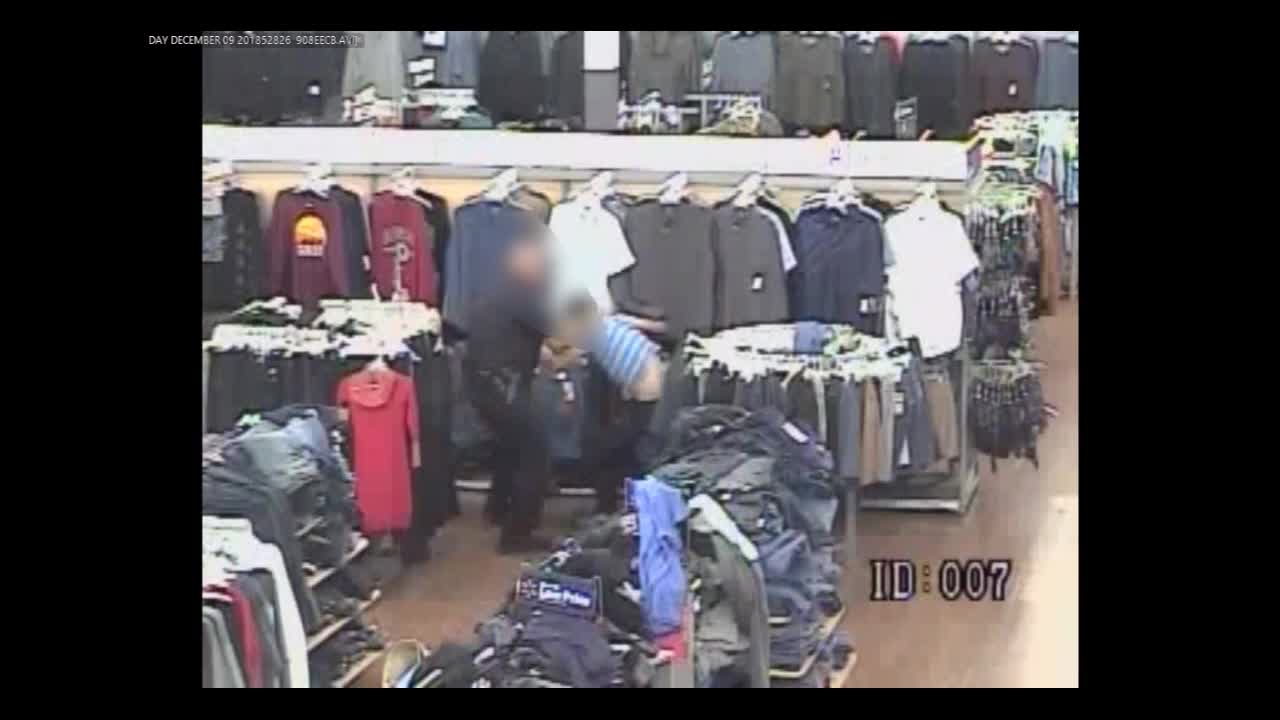 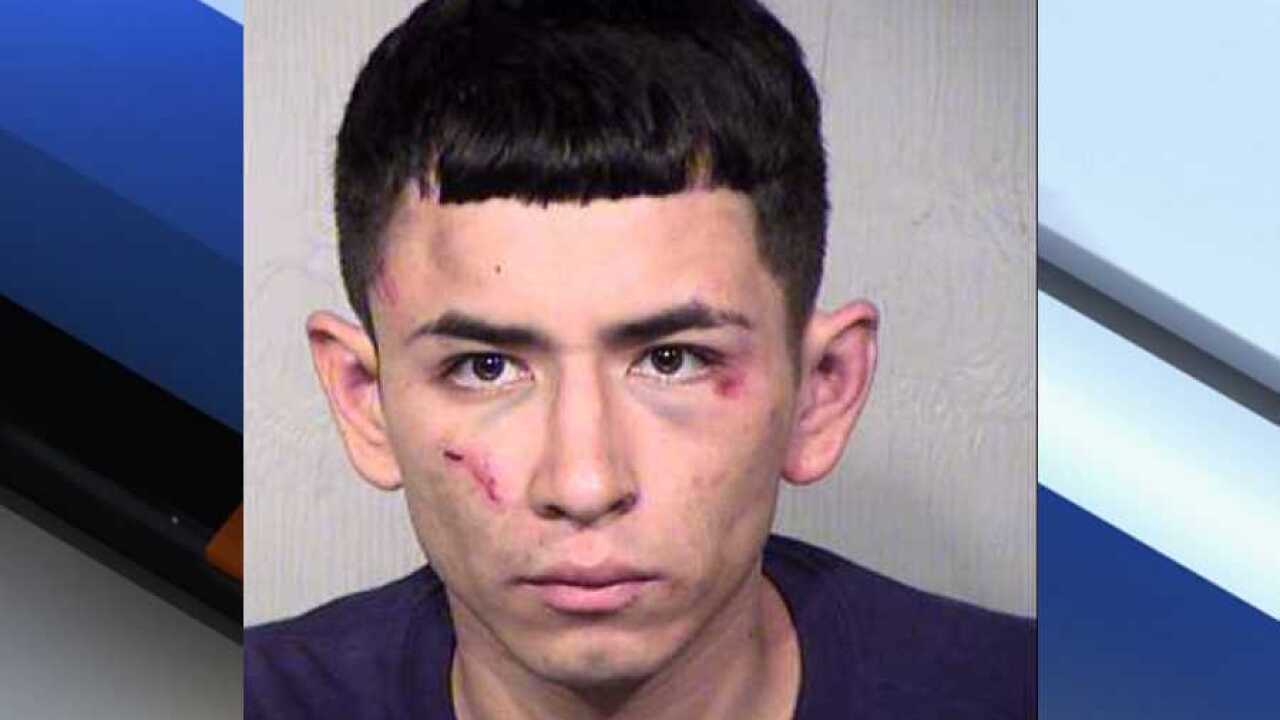 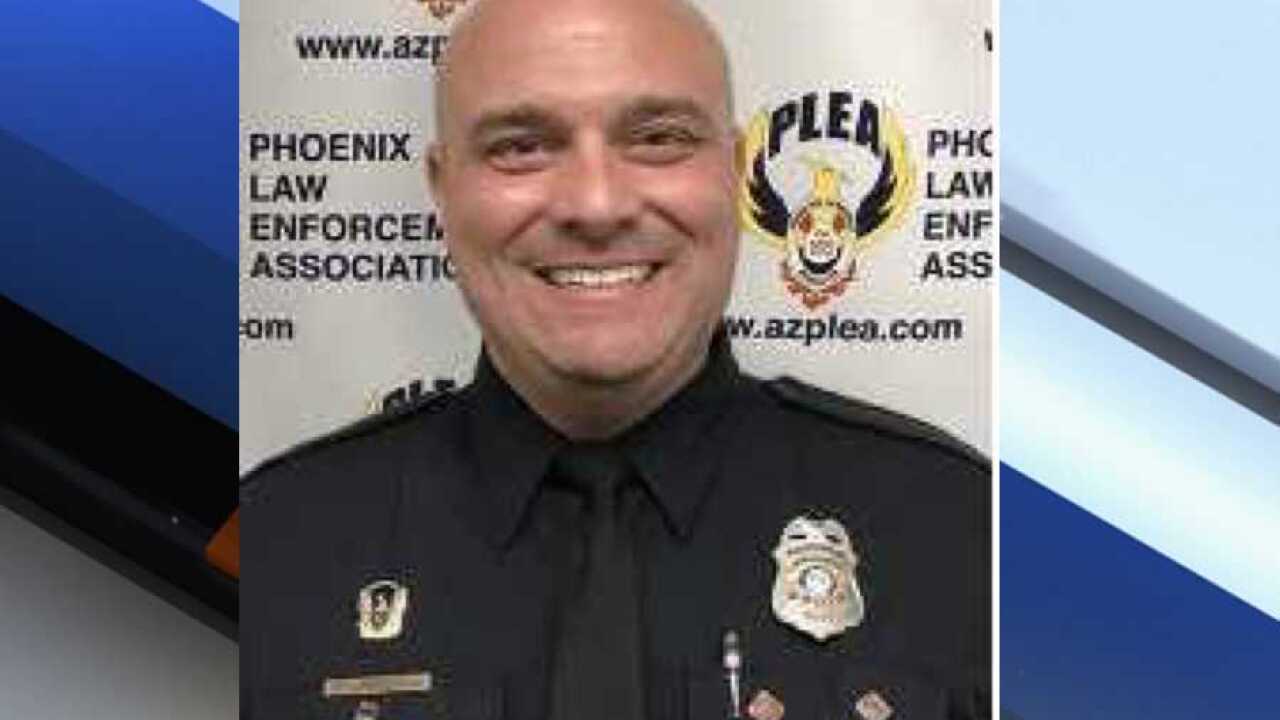 PHOENIX — After an ABC15 exclusive report Wednesday, Phoenix police have now released two videos showing the arrest of a 22-year-old man from December of 2018 that has led to a criminal investigation of the arresting officer.

Phoenix police say Officer Tim Baiardi, a board member for the Phoenix Police Department's union known as PLEA, was working as security for a Walmart store off 52nd Avenue and Indian School Road when he was seen on surveillance video slapping a suspected shoplifter while he was handcuffed. Watch the raw surveillance videos of the incident in the player above.

Video shows the officer and the suspect, Roger Moran, walk into the store's loss prevention room. Baiardi slaps Moran as soon as he sits down.

A second video shows the two struggle shortly after Moran is seen putting on a pair of brand new jeans from the store. Baiardi confronts Moran, moves his hands behind his back, and tries to place the suspect in handcuffs. Video shows Moran turn around and try to move his arms. The two then knock over clothing racks in the struggle, but the fight eventually continues out of frame.

"In reviewing the booking paperwork concerning the arrest of the shoplifting suspect, an error in what was written and what has been reported was found. The paperwork submitted by the Phoenix Police Department refers to the fight between the officer and the shoplifting suspect while he was being taken into custody. The report indicates the officer delivered “2-3 knee strikes” and “4-5 closed fist strikes,” meaning “two to three” and “four to five” strikes respectively. However, during the transfer of electronic information, the dash character was omitted from the court record, and the information appears, and has subsequently been reported as “23 knee strikes” and “45 closed fist strikes.”

Baiardi is still facing at least one aggravated assault charge, recommended to the county attorneys office by Phoenix police. The Maricopa County Attorneys office has not yet made a charging decision.