MCSO: Older brother kills younger sibling 'without any warning or provocation' in Youngtown 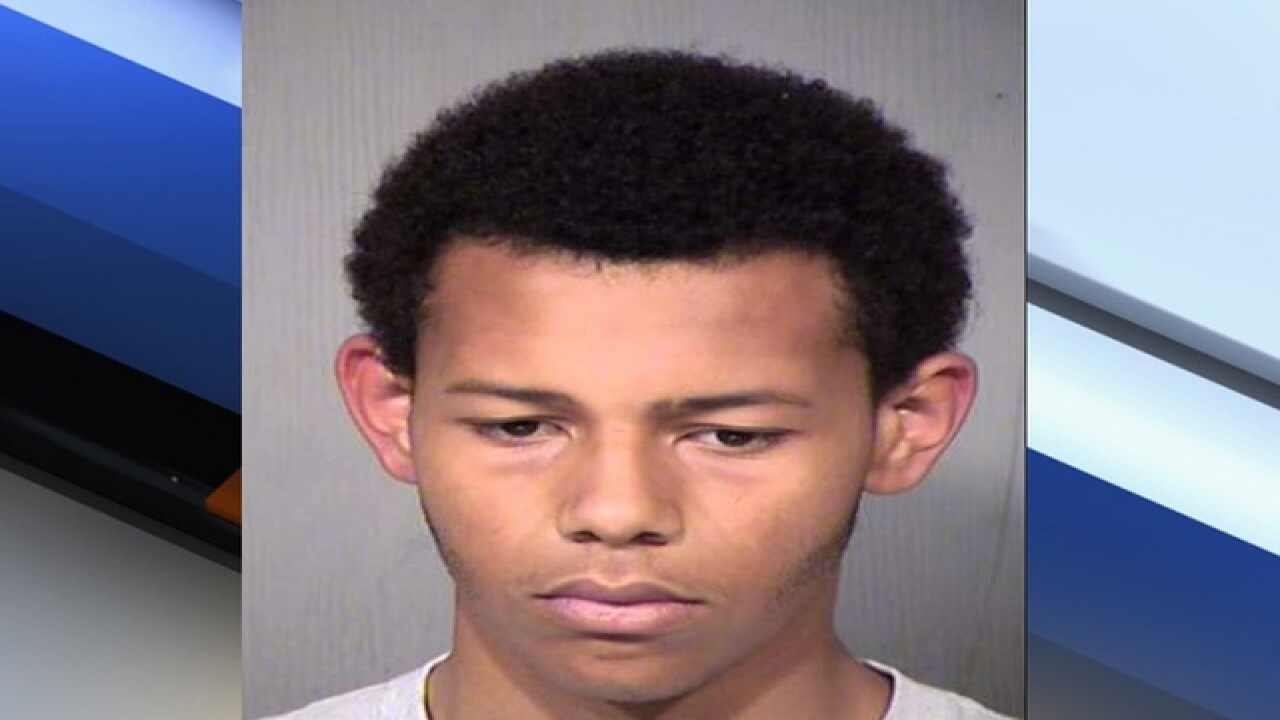 Shae Holloway, 16, is accused of killing his 3-year-old brother "without any warning or provocation" and used a large carving knife to do so.

According to court paperwork, Holloway was apprehended by police on Saturday night near his Youngtown home near 111th and Olive avenues.

Police say Holloway had thrown his 3-year-old brother down the second floor of the home for unknown reasons. The toddler hit the wall railing and dislodged the railing. Holloway then ran down the stairs and grabbed a kitchen knife and began to stab the toddler.

During the stabbing, Holloway's other siblings saw the attack. Holloway's 9-year-old sister tried to stop Holloway from stabbing their brother but she was stabbed several times.

Another sibling then grabbed the 9-year-old girl along with a 4-year-old brother and ran away from the home.

Maricopa County Sheriff Office deputies were called out to the home. Holloway led them on a foot pursuit. He was detained with blood on himself, clothing and also had multiple wounds on his hands.

Holloway chose to talk to officials without a parent or attorney present and admitted to the killing but did not explain why he did so.

Holloway was booked into jail on a $1 million bond. He faces second-degree murder, aggravated assault and endangerment charges. He is being charged as an adult.

Movers taking things from the house where 3 y/o boy was murdered in Youngtown. pic.twitter.com/cyWxzf9Kwf