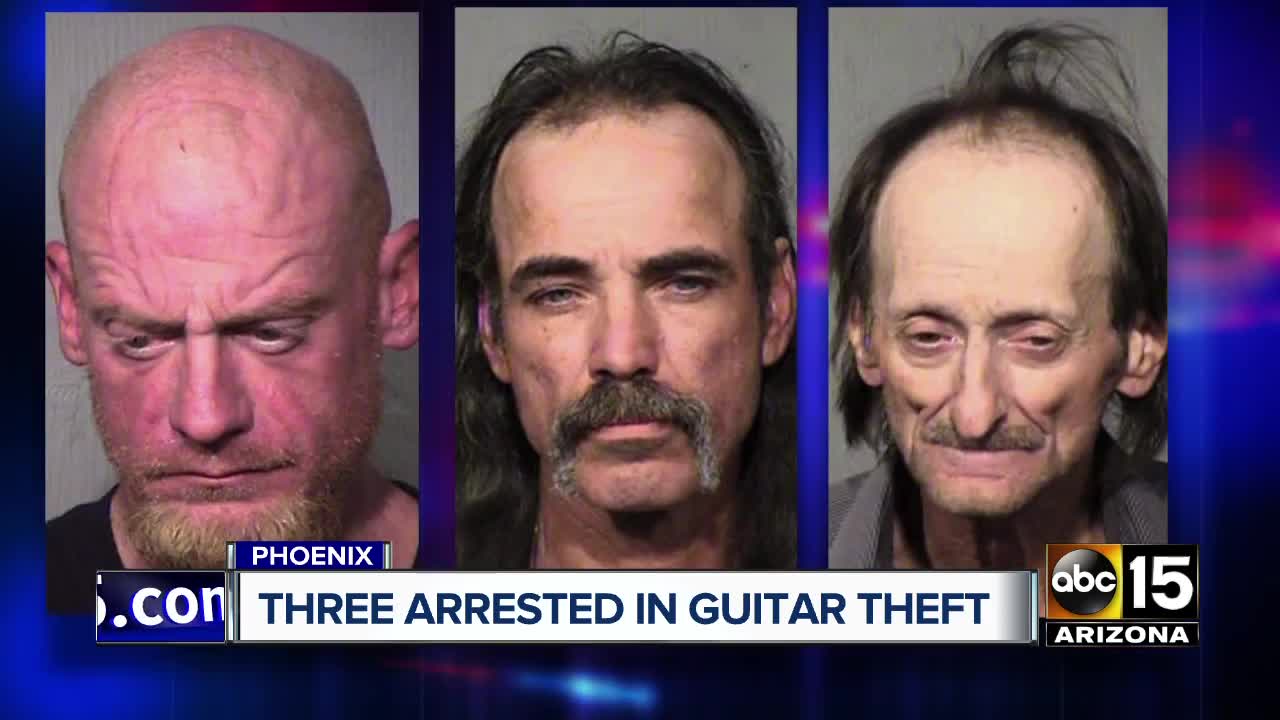 Suspects broke into a trailer at Ak Chin Pavilion and took 3 guitars. 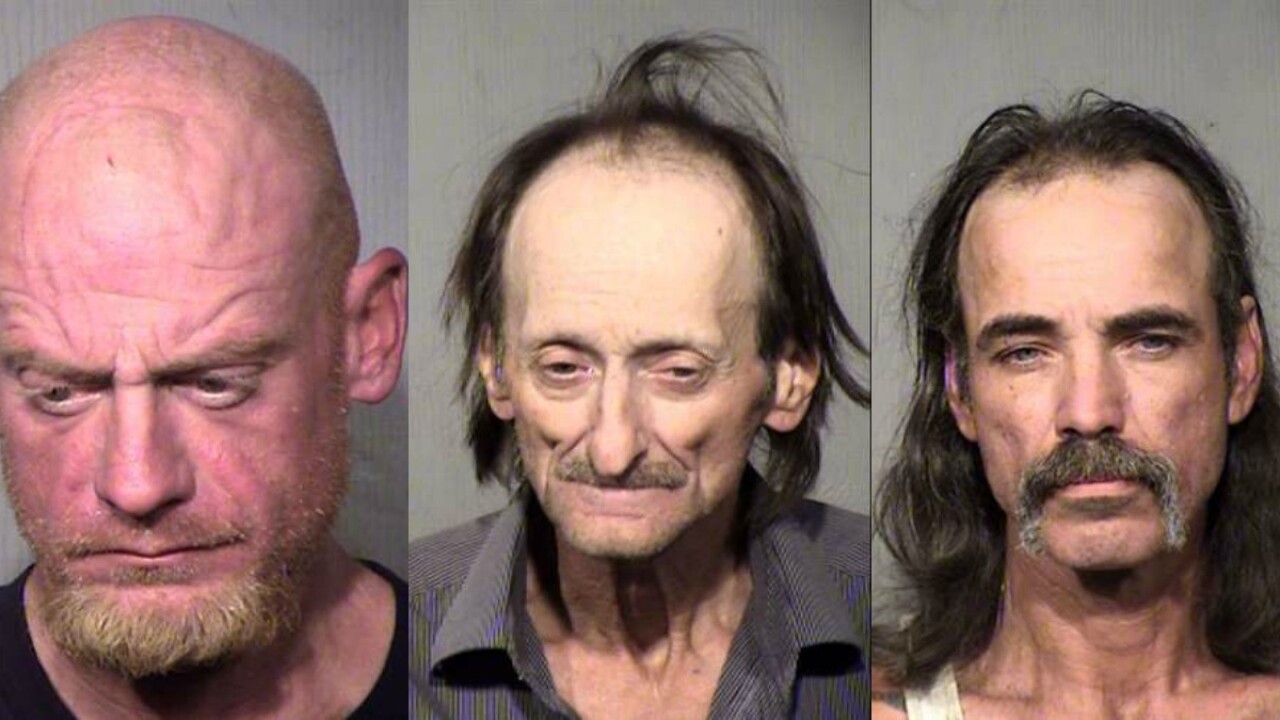 PHOENIX — Authorities say three people have been arrested for stealing three guitars from the band Lamb of God earlier this month.

Sometime between midnight and 4:30 a.m. on May 2, Phoenix police say three of the band's guitars were stolen from their trailer at Ak-Chin Pavillion after kicking off their North American tour in the Valley.

A detective found one of the stolen guitars for sale in an online app, and another was turned away by a pawn shop, police said.

On May 8th, officers arrested 62-year-old William Widener and 51-year-old Michael Blakeslee in Mesa, and 34-year-old Justin Petersen was arrested the following day.

The three have been charged with theft and trafficking in stolen property.

The guitars have not been recovered and police say that part of the investigation is ongoing.