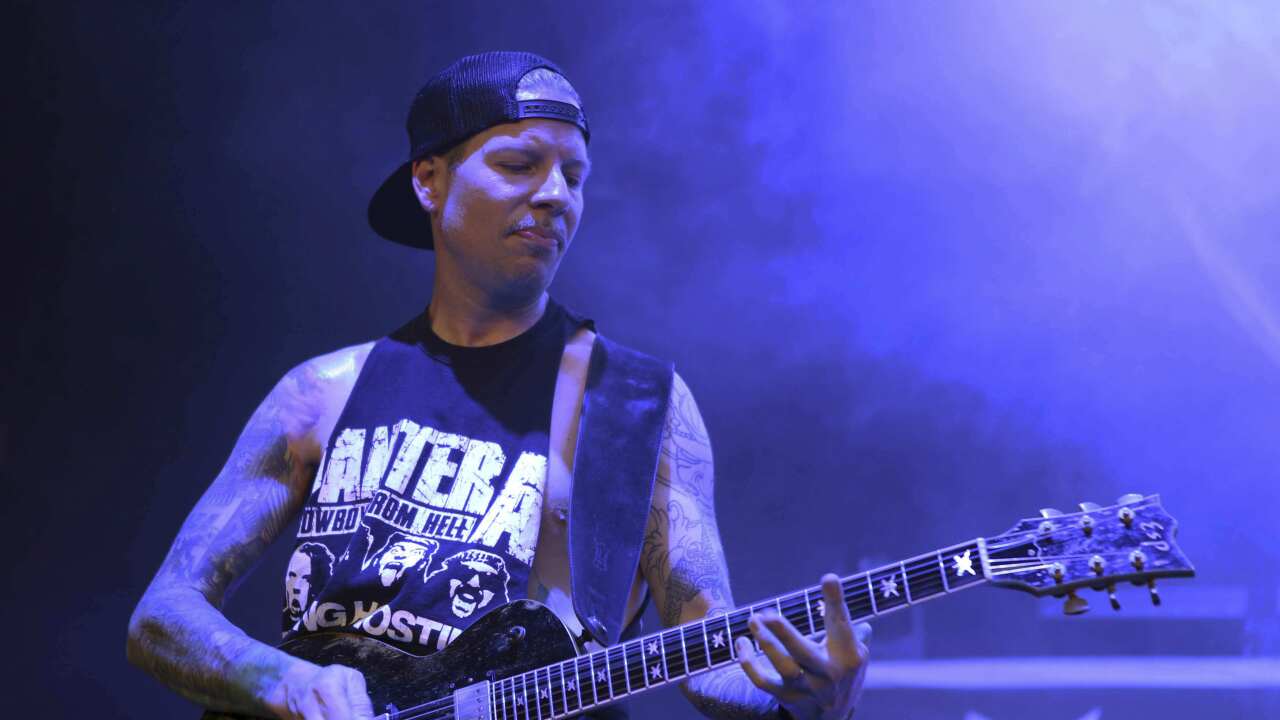 PHOENIX — A guitarist for the heavy metal band Lamb of God says his guitar, along with a "one of a kind hand painted bass" were stolen early Thursday morning from Ak-Chin Pavilion in Phoenix.

According to Willie Adler, a guitarist for Lamb of God, his guitar, Warbird, was allegedly stolen by an employee at Ak-Chin Pavilion.

"ATTENTION ALL...and particularly in the Phoenix area. My main beloved Warbird, along with @jayceerva one of kind hand painted bass; were stolen early Thursday morning from @akchin.pavilion in Phoenix," he wrote.

He then alleges that an employee of the Phoenix music venue "made their way into the back" of the band's semi-truck to steal the instruments.

Lamb of God was in the Valley on May 2 to kick off their North American tour.

In a statement to ABC15, an Ak-Chin Pavilion spokesperson said, "The venue is cooperating fully with local law enforcement. We cannot comment further as this is an ongoing investigation."

Phoenix Police say they have taken a report and the investigation is ongoing.