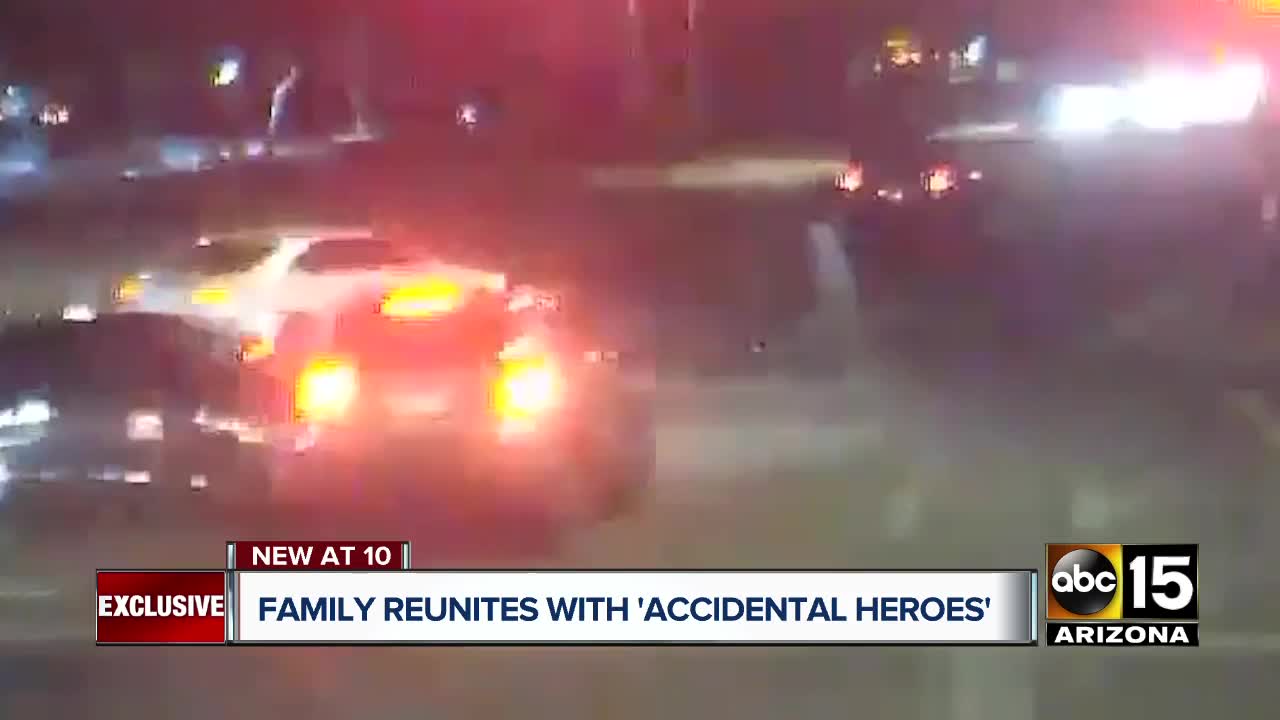 The driver who struck a red-light runner in the middle of an intersection, and prevented a family of three from being hit while walking in the crosswalk, spoke to the media on Thursday. Later that day, ABC15 helped reunite the family and heroes. 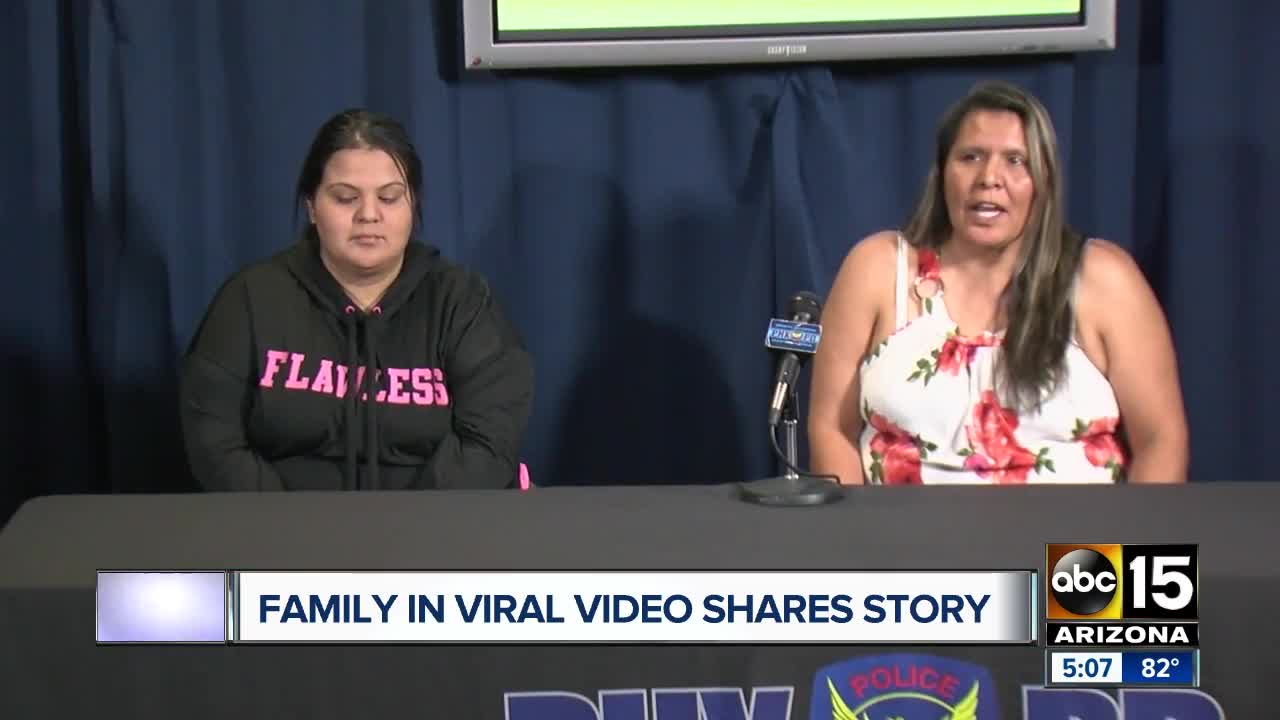 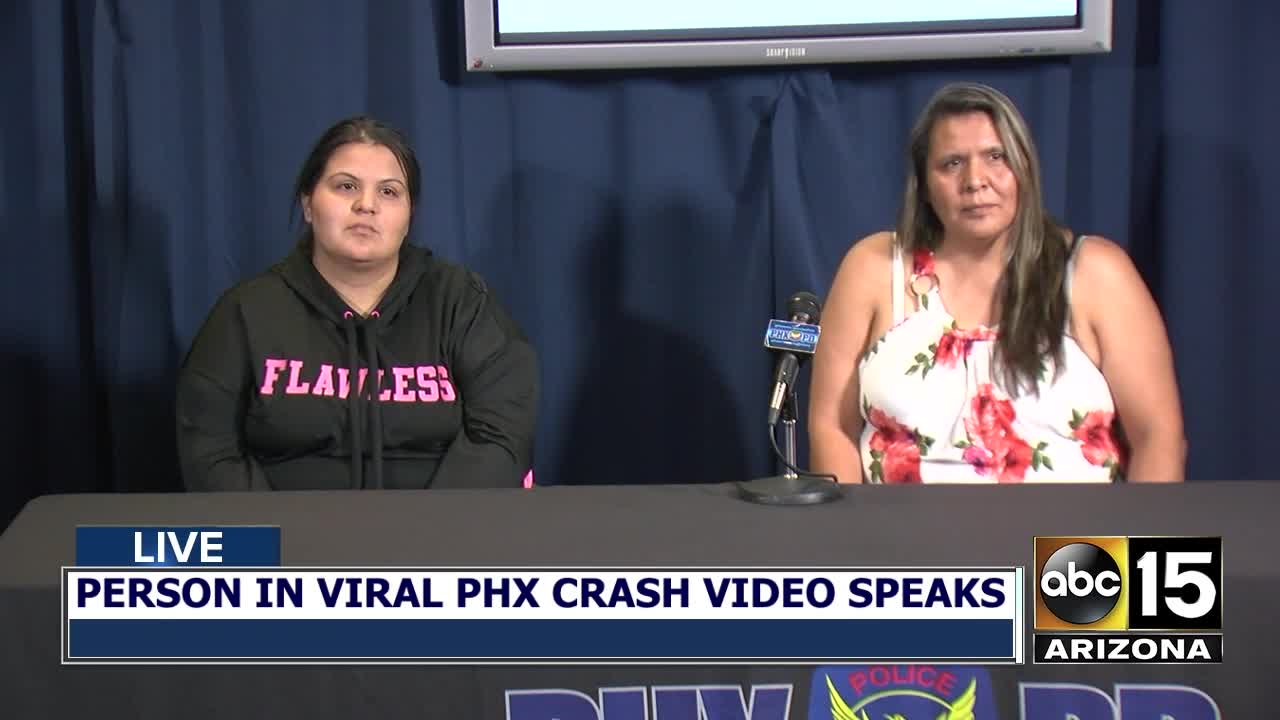 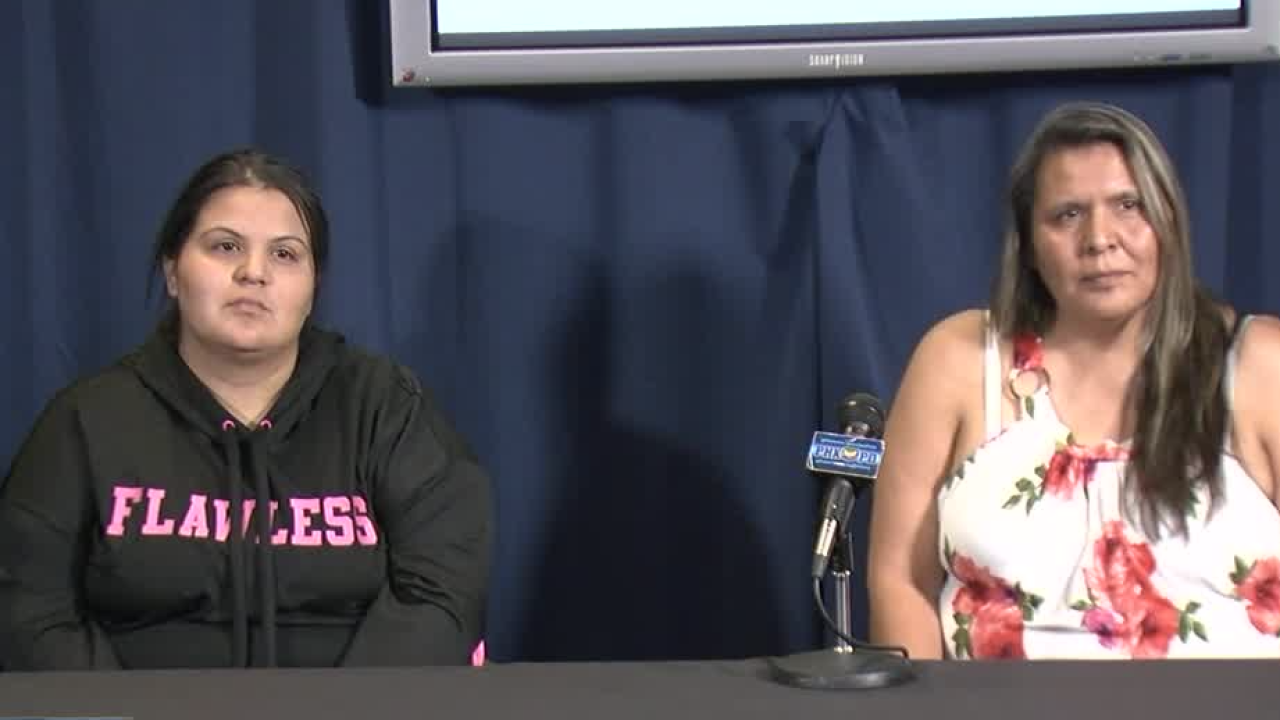 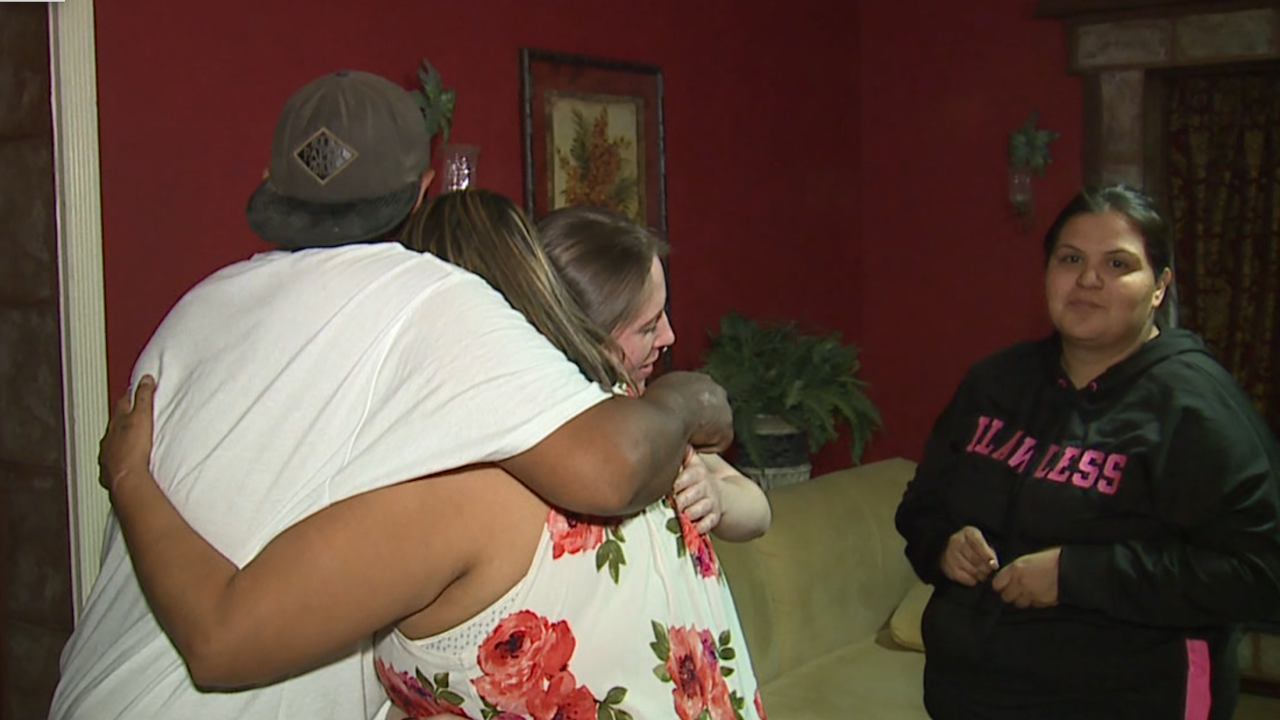 PHOENIX — The two families seen in a chilling video, involved in different aspects of what could have been a tragic event, have been anxious to meet since October 14th.

That's the day Phoenix Police say the now-viral video was taken, showing a red-light runner nearly hitting a family of three while trying to cross the road, just before another car T-bones the Jeep Renegade, sending it away from the terrified family.

"I definitely thought, wow, you know, he's gonna hit us," said Ulysses Betancourt. He, his wife Gabrielle, and their 12-month-old son Damian were heading to Walmart for groceries at the time.

The driver who struck the red-light runner in the middle of an intersection, and prevented a family of three from being hit while walking in the crosswalk, spoke to the media on Thursday.

Shannon Vivar, was going through the intersection of 53rd Avenue and Indian School Road around 10 p.m. when her Chevrolet Cruze collided with a Jeep driven by 28-year-old Ernesto Otanez Oveso.

Police say Oveso was driving under the influence at the time.

Watch video of the incident in the player below.

"I don't really think I'm a hero. I kind of think it was meant to happen," said Vivar. "I'm kind of glad it happened that way though, because DUI drivers take a lot of lives and so for me being there at the right time it makes me feel good even though I'm in the situation I'm in right now, but I wouldn't want it to happen any other way."

Vivar received minor injuries as a result of the crash. Shannon's mother, Shirley, who was also in the car at the time, said during the news conference that the crash ended up being a blessing.

"It was wrong time at the wrong place, but then the right time at the right place," Shirley said. "We're all blessed that we're all alive."

After the crash, police say Oveso fled the scene along with a female passenger. Oveso allegedly told a witness that was following him to get away and stabbed the car door of the witness.

Oveso was found shortly after and was arrested. He faces charges for DUI, aggravated assault, leaving the scene of a collision, and prohibited possession after a gun was found in his Jeep. Oveso also had four warrants out for his arrest.

The female passenger has not been located.

The Vivar's have established a GoFundMe page to help cover the costs of repairing their Chevrolet Cruze, which sustained serious damage in the crash. If you would like to help, click here.