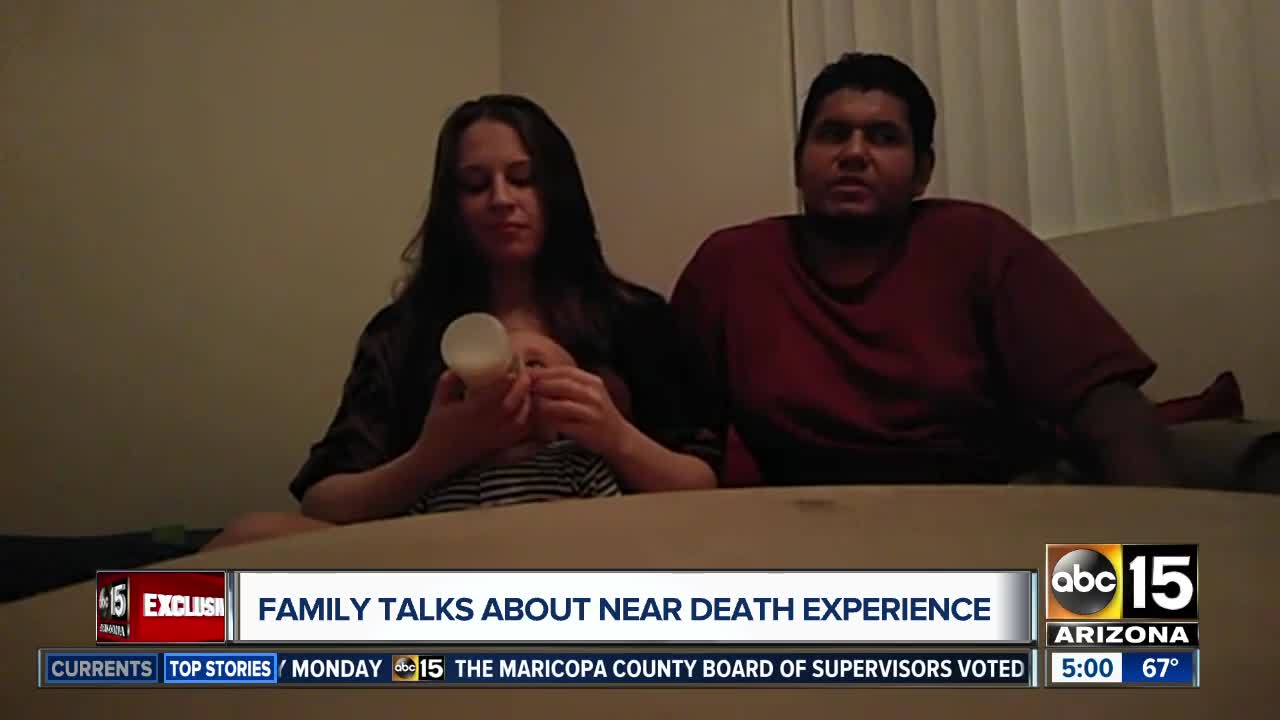 The Phoenix Police Department released video Wednesday of a frightening moment involving a red-light runner and a family crossing the street with a stroller. 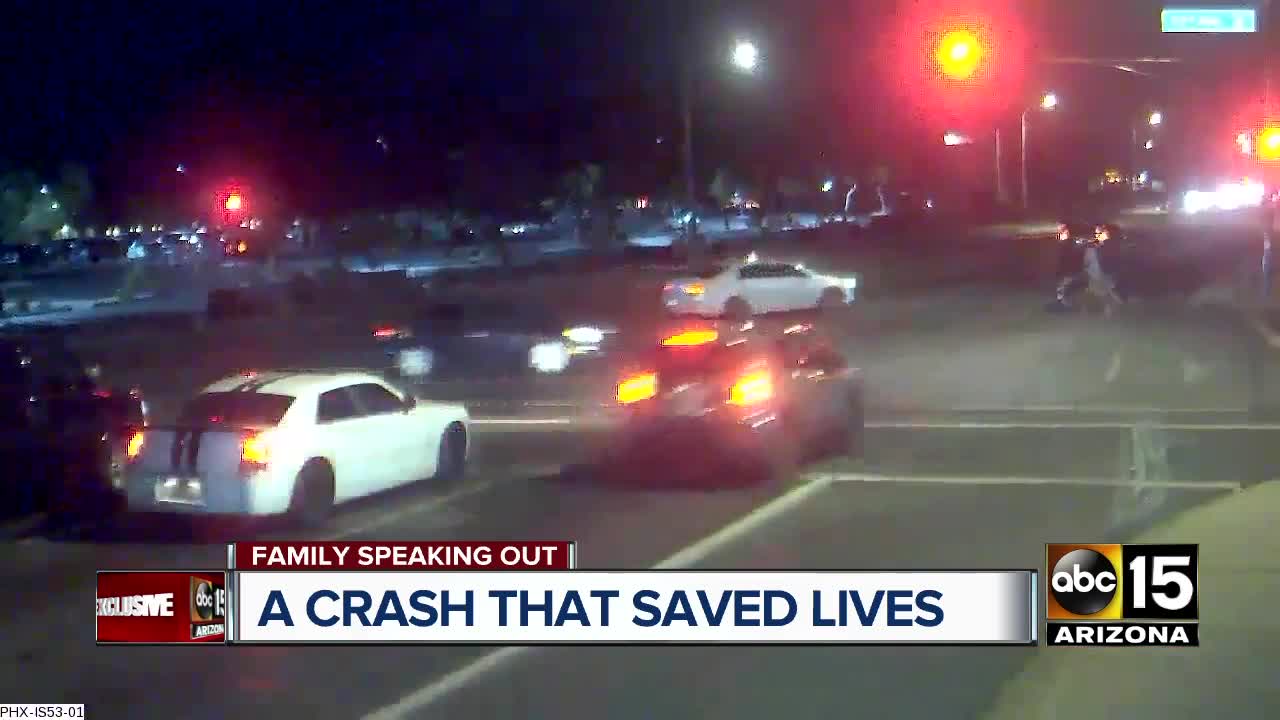 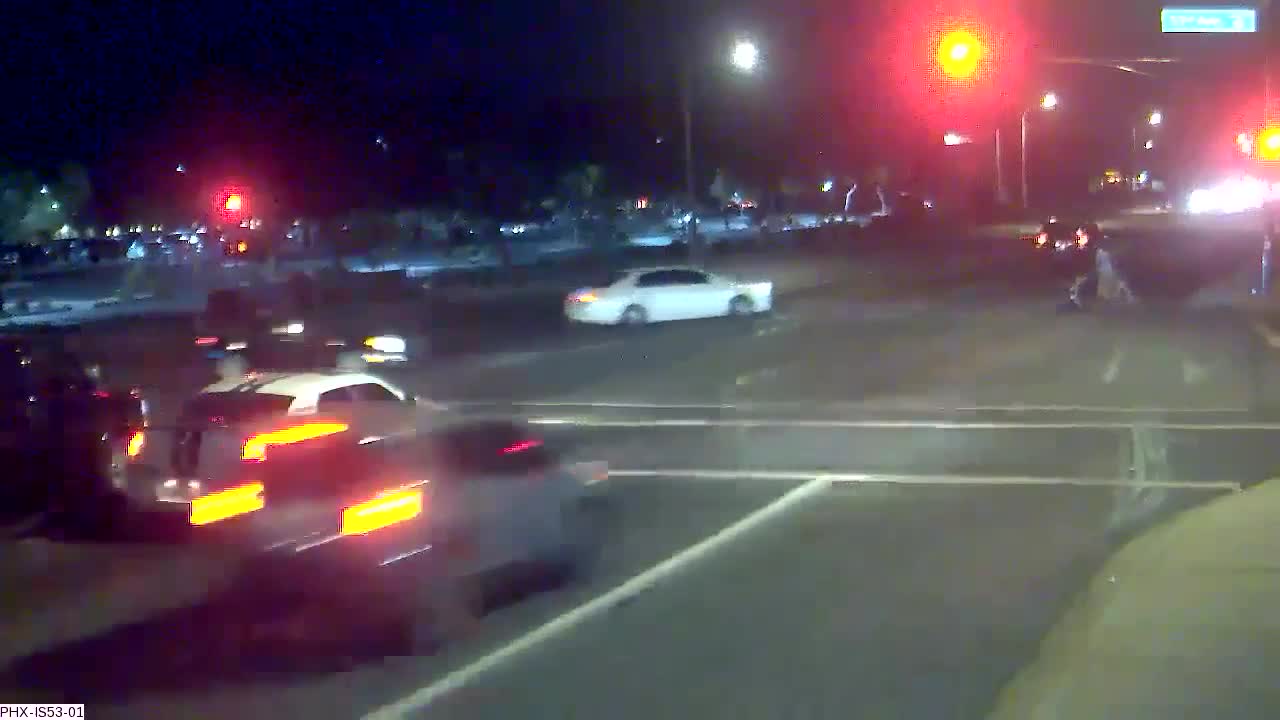 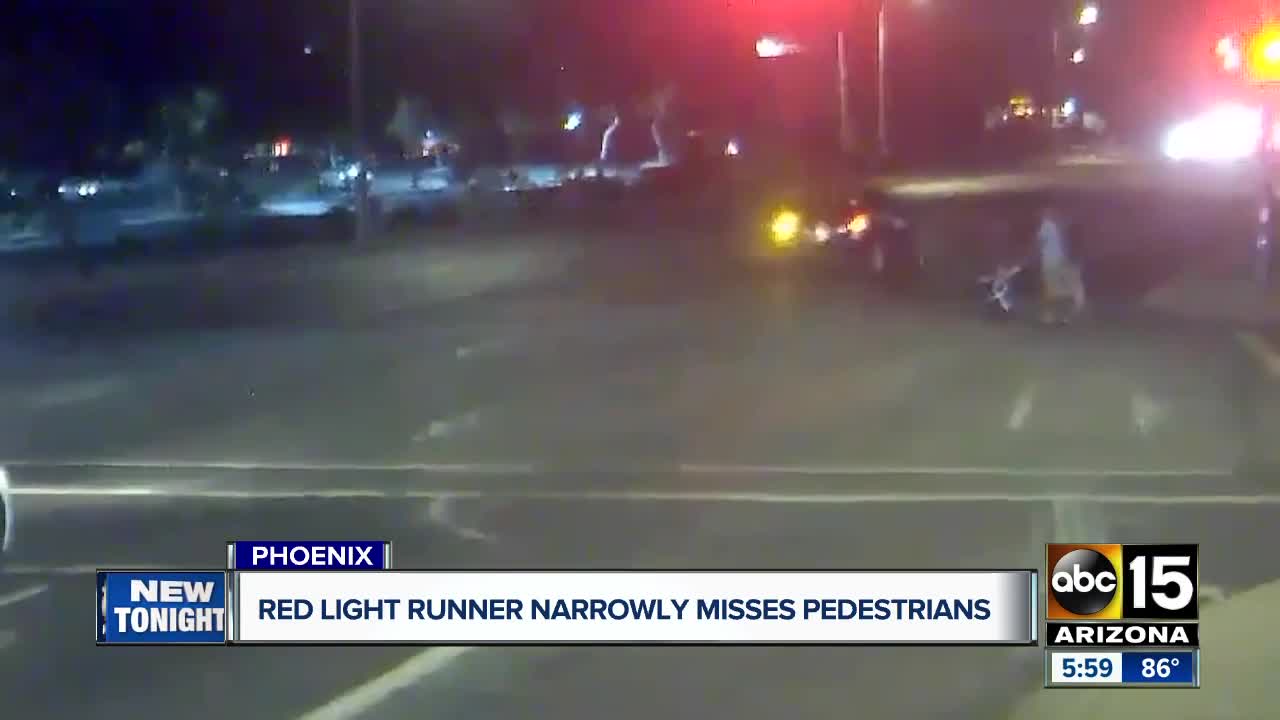 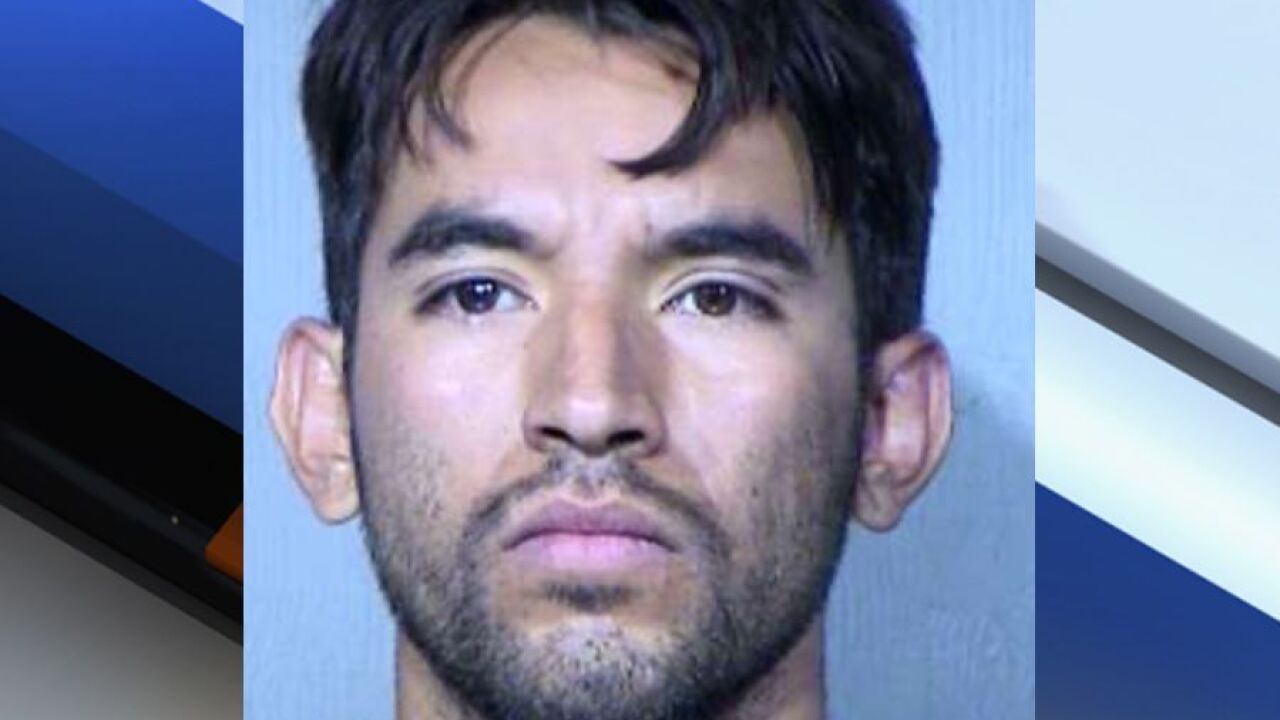 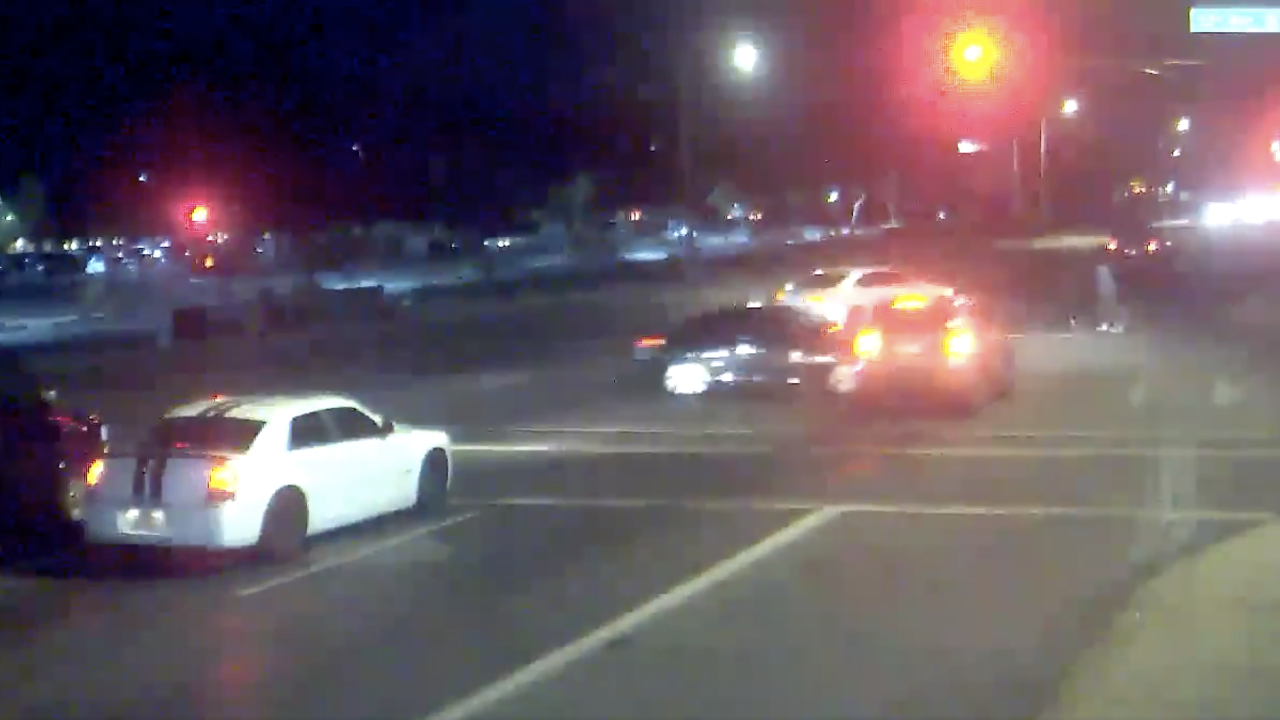 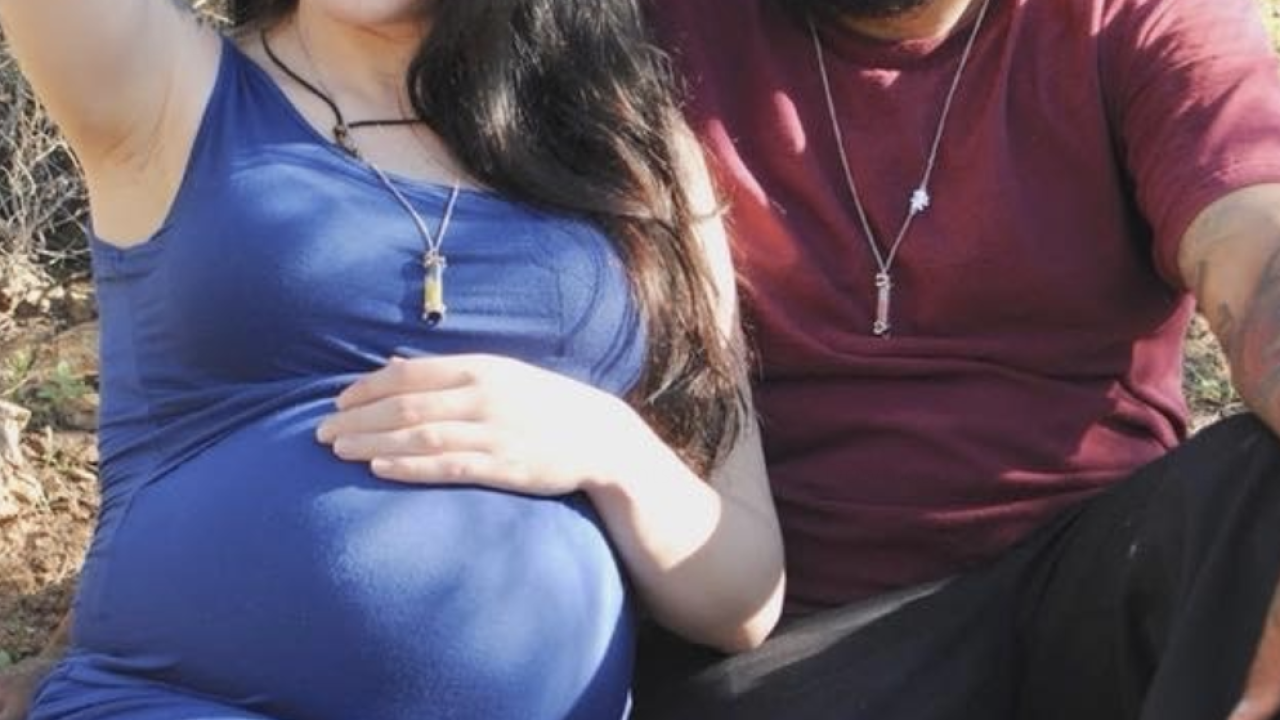 PHOENIX — The Phoenix Police Department released video Wednesday of a frightening moment involving a red-light runner and a family crossing the street with a stroller.

Police say the incident happened near 53rd Avenue and Indian School Road on October 14, around 10 p.m.

Watch video of the incident in the player above.

The family says Ulysses Betancourt, his wife Gabrielle and 1-year-old son Damian were on the way to the grocery store after riding the bus.

Police say the driver who ran the red-light, 28-year-old Ernesto Otanez Oveso, was driving under the influence at the time.

The driver with the right-of-way in the crash was injured, but the injuries were not life-threatening.

After the crash, police say Oveso fled the scene along with a female passenger. Oveso allegedly told a witness that was following him to get away, and stabbed the car door of the witness.

"He could've taken people's family members away, innocent people. Why would you do such a thing?" said Ulysses's sister, Abby Betancourt. "I'm so glad I'm going to see my brother. I love him and my sister-in-law."

Oveso has been arrested and faces charges for DUI, aggravated assault and prohibited possession after a gun was found in his Jeep. The female passenger has not been located.