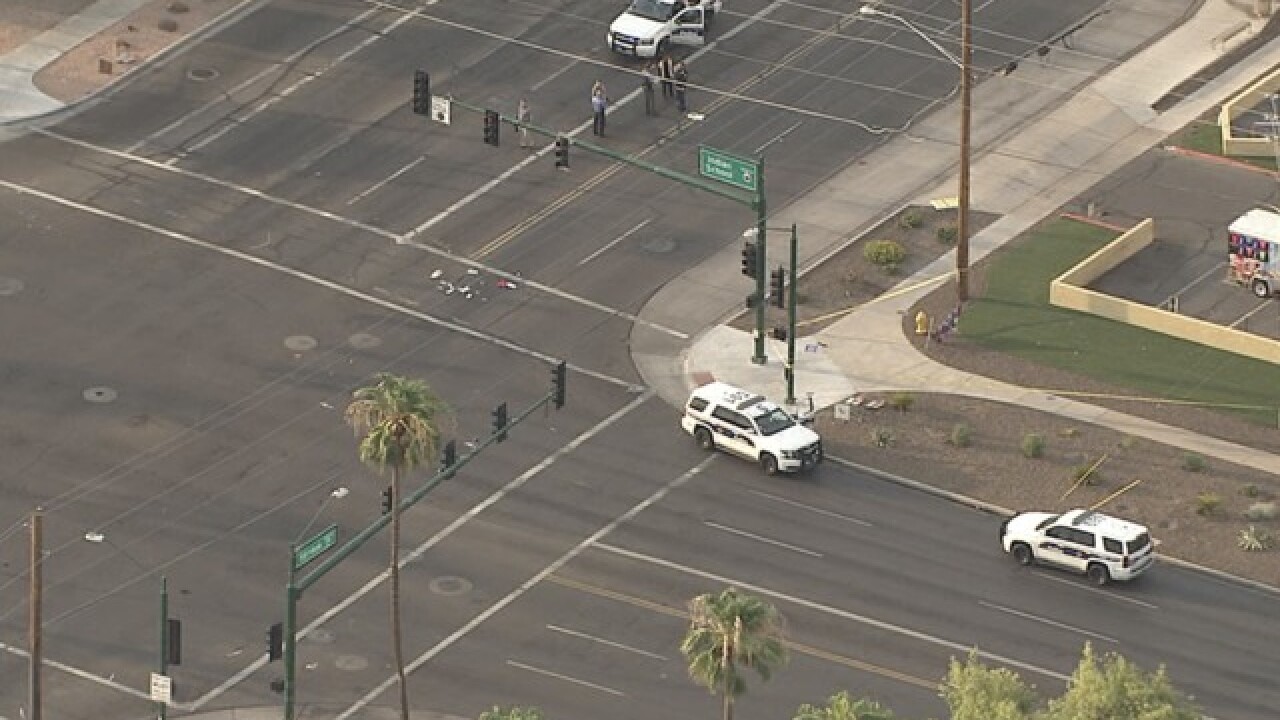 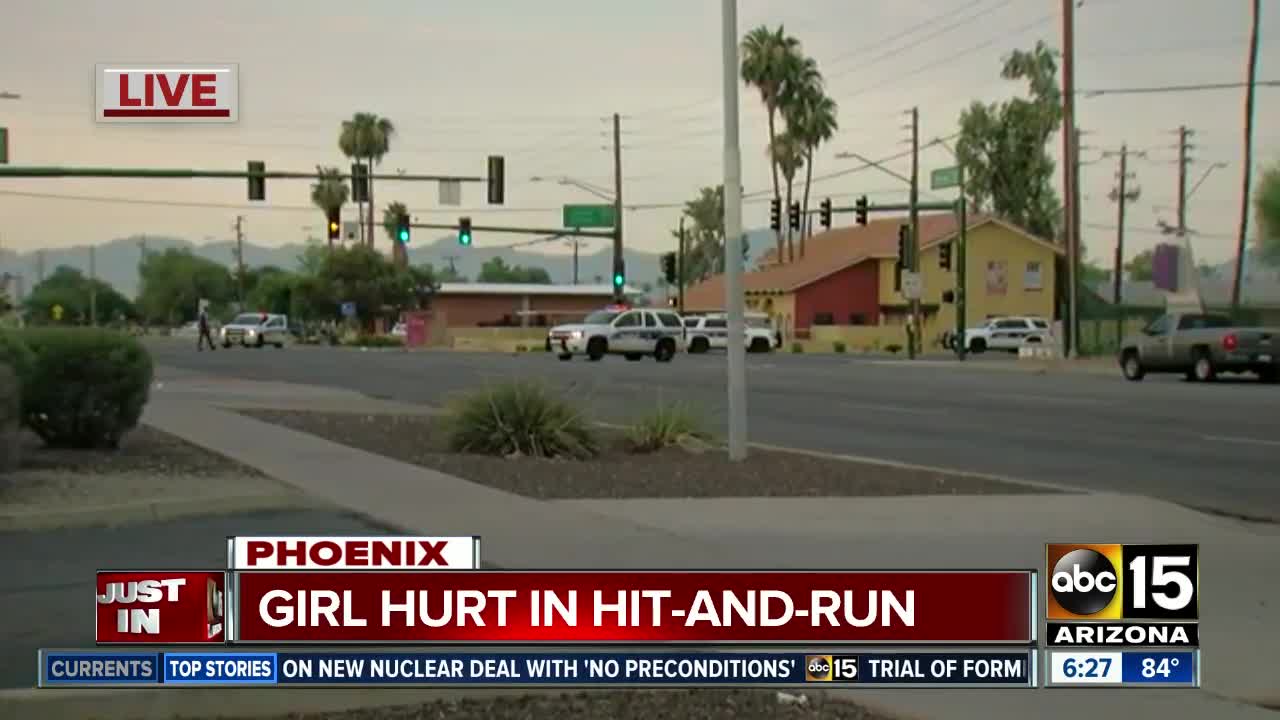 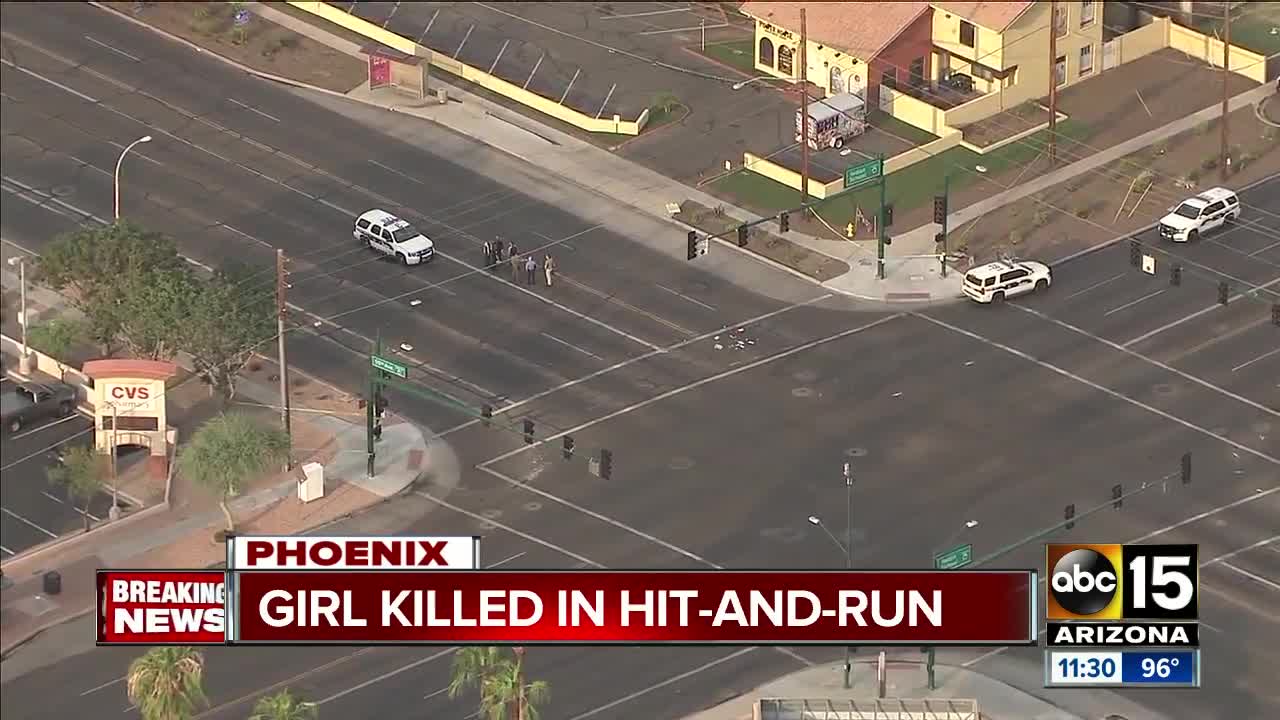 A 12-year-old girl is dead after a hit-and-run crash in Maryvale.

Phoenix police said the girl was hit by a vehicle around 5:00 a.m. on Tuesday, at the intersection of 59th Avenue and Indian School Road.

The victim was crossing 59th Avenue, east to west when she was hit by a vehicle traveling southbound on 59th Avenue.

A witness told police the light was green when the driver entered the intersection.

The driver of the vehicle fled from the scene. A description of the suspect's vehicle has not been released.

At this time, it is unclear if the juvenile was in a crosswalk when she was hit. Police say she was not with an adult. Her family was located and have declined to talk with police.

As of Wednesday, Phoenix police said they do not have any updates regarding the case and will not be releasing the name of the victim due to her age.

If you have any information regarding this incident call Phoenix police at 602-262-6151 or Silent Witness at 480-Witness.

The intersection was closed for several hours.