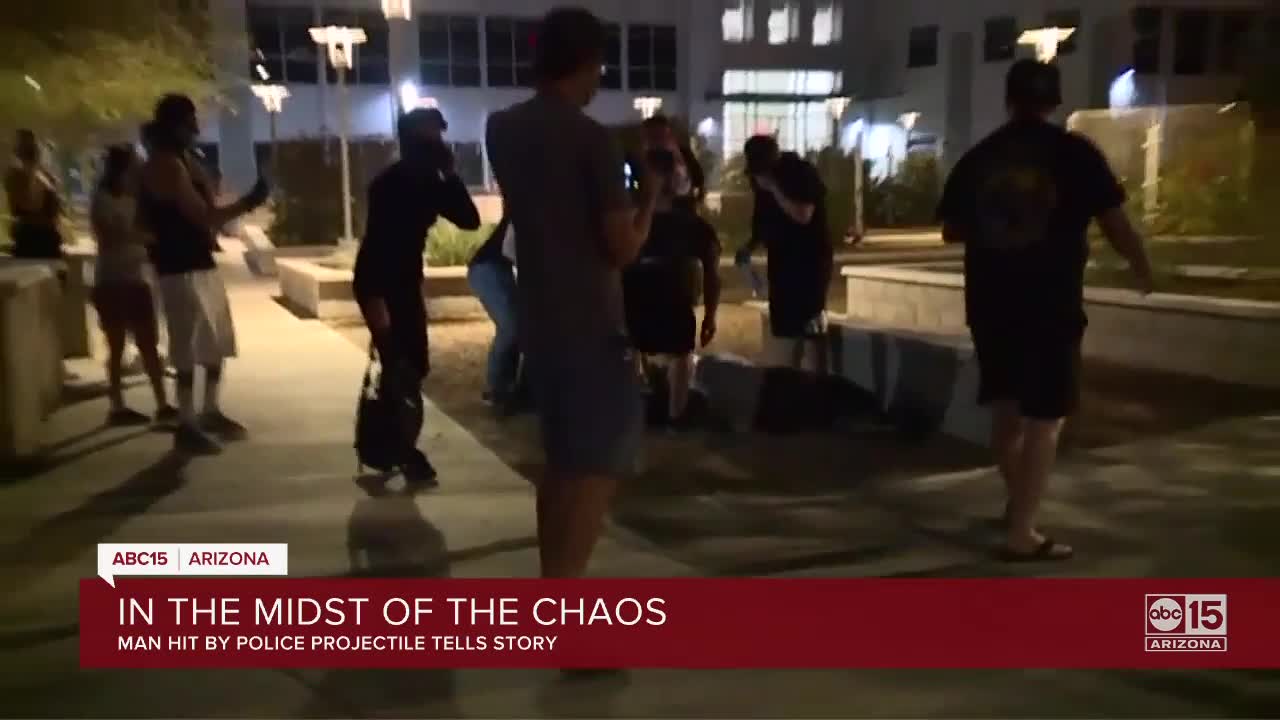 A man now has four staples in his head, a concussion, and a bruised lung after being hit by police projectiles during Saturday night's protest against police brutality in downtown Phoenix. 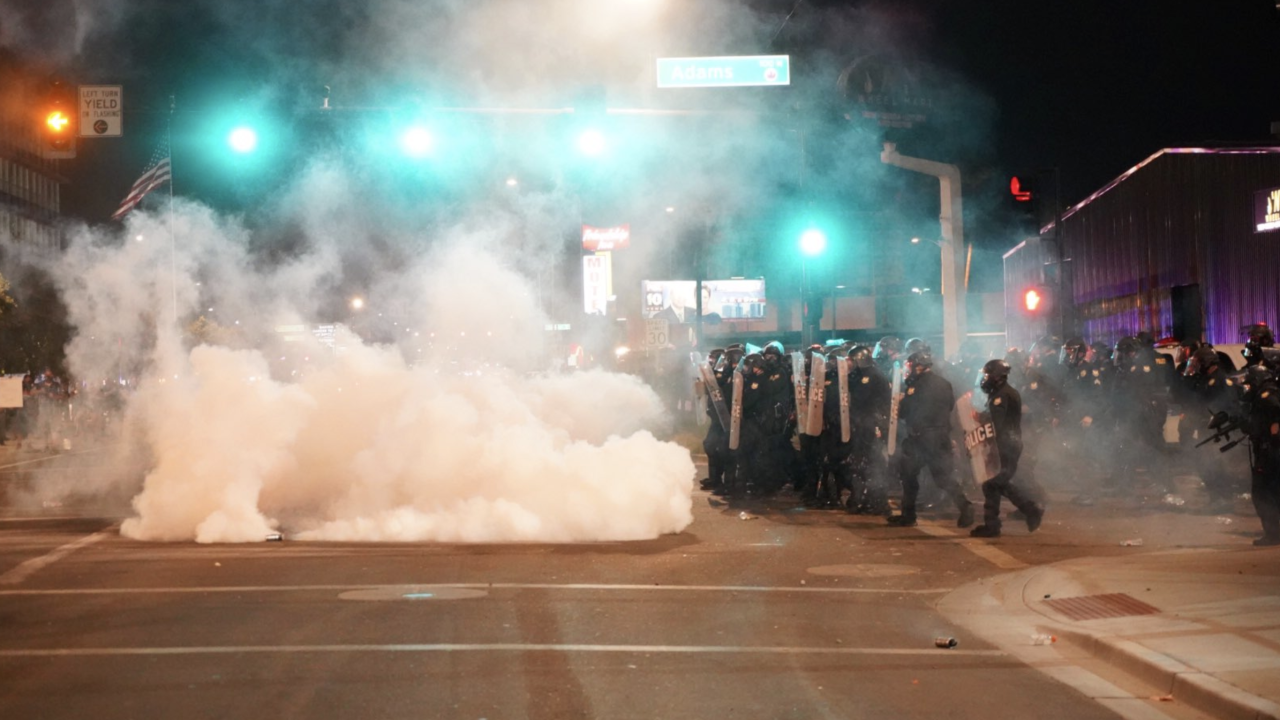 PHOENIX — A man now has four staples in his head, a concussion, and a bruised lung after being hit by police projectiles during Saturday night's protest against police brutality in downtown Phoenix.

Tommy Machowicz, a professional photographer was covering events outside Phoenix Police Headquarters. He said he wanted to document the compelling story unfolding in his city, but "I found myself in a situation that was escalating fast, and I didn't feel comfortable."

That's when an officer took aim, hitting Machowicz with rubber projectiles on his back and head. He was knocked down in the middle of the road and a stranger pulled him to the sidewalk, just feet from ABC15's reporting team.

Others immediately surrounded Machowicz. They tended to the bloody wound on his head and pleaded for medics to come to their aid. After several minutes Dave Fox, with his Go Pro rolling, risked getting hit with projectiles or being pepper-sprayed by crossing the street to the fence line of officers. When he asked directly for help, he quickly realized the quickest solution was to carry Machowicz across the street and into the officer's hands.

Machowicz told ABC15 that officers tried twice to meet an ambulance to take him to the hospital, but they could not connect, "So they finally just took me straight to the fire station, and then they took me to the hospital," he said.

Fox used social media to find Machowicz Sunday. He returned a backpack and cameras, that Machowicz's had left behind while seeking medical care. Fox had taken the equipment for safekeeping, and he was happy to return it.