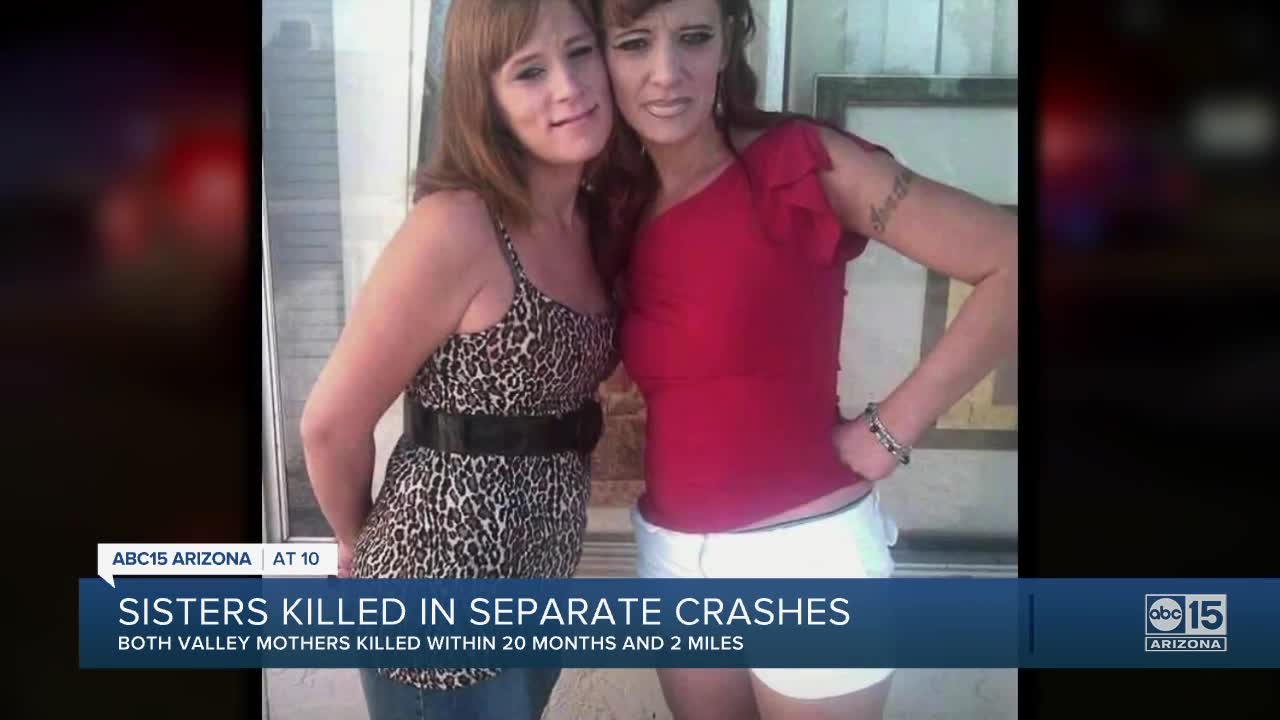 A valley family is experiencing an unimaginable tragedy, yet again. Two sisters were both hit and killed by cars, within 20 months and two and half miles.

PHOENIX — A Valley family is experiencing an unimaginable tragedy, yet again. Two sisters were both hit and killed by cars, within 20 months and 2.5 miles of each other.

Stephanie Jones, 34, was hit and killed when crossing 35th Avenue, near Bethany Home Road on January 21 just before 10 p.m.

Family tells ABC15 that the mother of three was in the middle of the road trying to help save a dog that had been hit and injured.

Jones, born and raised in Phoenix, was spontaneous.

The oldest of five girls, Jones was a mother of three to two teen girls and a 9-year-old boy.

“She loved all three of her babies with all her heart,” said Guerrero.

Jones and her family, though, also knew heartbreak.

“They aren't even done grieving for Lori.”

Lori Gates, the younger sister of Jones, was hit and killed on April 24, 2018, on 55th Avenue near Bethany Home Road.

Lori was four months pregnant at the time and left behind a 3-year-old daughter. The driver that hit her sped off from the scene.

Twenty months later and roughly two miles away, Stephanie was hit by two vehicles. Both drivers stayed on scene and the Phoenix police investigation concluded neither were impaired.

Guerrero, though, wonders if distraction was a factor.

”If maybe they were harsher punishments and people weren't getting off so easy, maybe people would actually put down their phones or turn down the music and pay attention to what they were doing,” she said, referencing Arizona’s previously non-existent statewide texting-and-driving ban.

For mother Vicki Jones, the death of her first daughter, Lori, was debilitating.

Now, with Stephanie's passing, friends say the mother is inconsolable.

“I don't think a day will ever go by where she will find peace in her heart again,” said Guerrero.

Stephanie was supposed to turn 35 on January 24. She was killed just three days before the milestone, and instead of celebrating, friends and family “are going to be trying to figure out ways to put her to rest.”

The family has started a fundraiser to help pay for funeral expenses and support Stephanie’s three children.