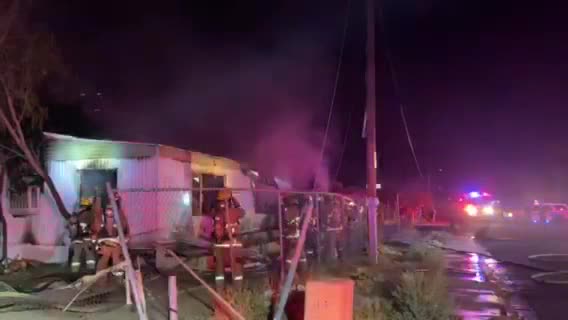 A deadly fire is under investigation near 24th Street and Southern Avenue.

PHOENIX — A deadly fire is under investigation in south Phoenix near 24th Street and Southern Avenue.

Firefighters with the Phoenix Fire Department were called to a mobile home on Alta Vista Road early Saturday for reports of a fire.

When crews arrived they found the mobile home engulfed in flames. Firefighters battled the fire with multiple handlines and deck guns, according to officials.

Once the fire was under control crews searched the structure and found a body.

According to the Phoenix Police Department, the victim is identified as an adult woman and her name hasn't been released.

An exact cause of death will be determined by a medical examiner.

No firefighters were injured during the battle.

The cause remains under investigation.