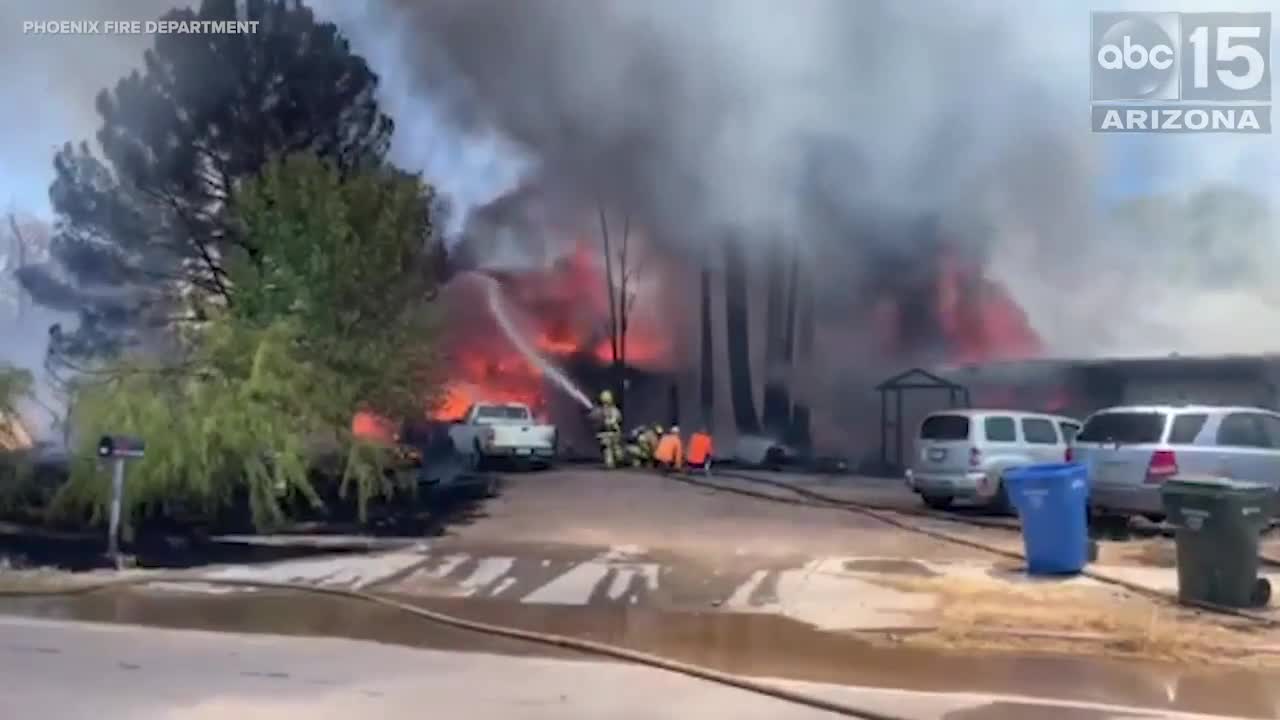 A first-alarm house fire broke out Tuesday afternoon near 51st Ave and Elliot.

PHOENIX — What was originally dispatched as a tree fire quickly escalated into a first-alarm house fire Tuesday afternoon in south Phoenix.

*Watch video of the fire in the player above*

When firefighters first arrived on scene, they say the brush fire had already spread into the home.

The fire went first-alarm as crews realized they now had a brush fire and house fire to deal with at the same time.

Homeowners were able to escape as firefighters arrived on the scene.

Phoenix fire says the cause of the blaze is still under investigation.