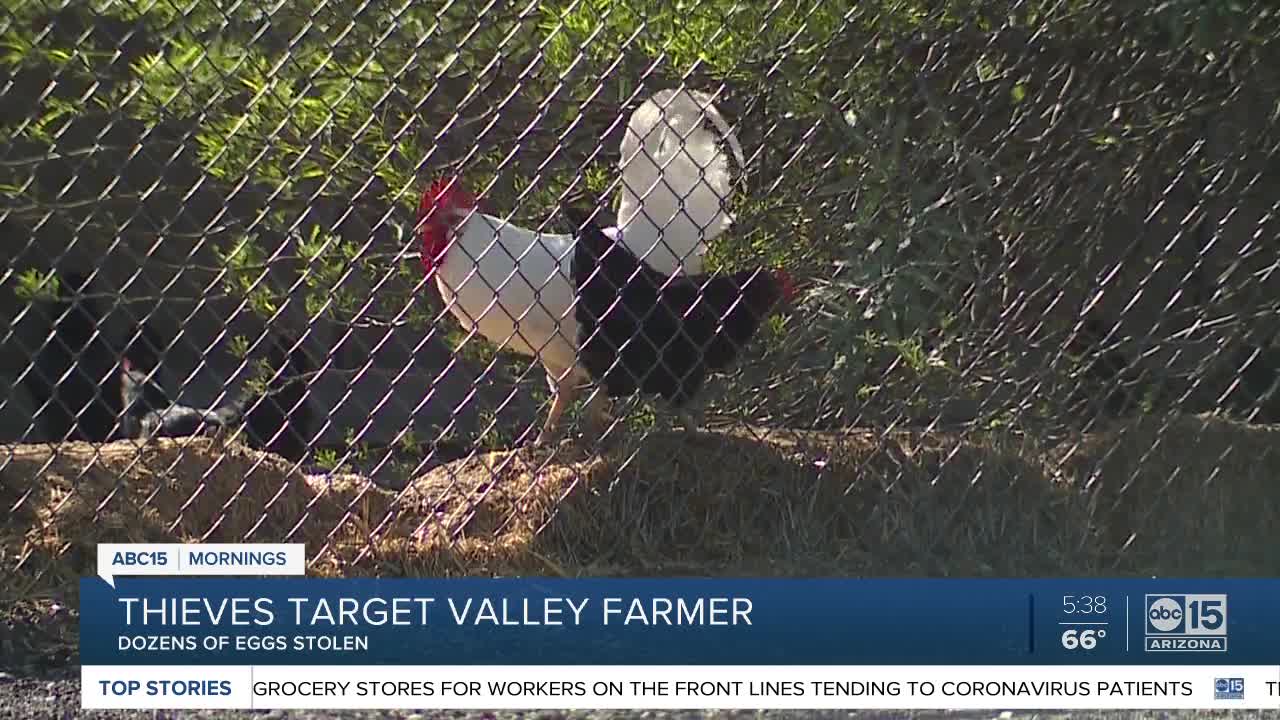 A Valley farmer says eggs were stolen from his farm -- a sign of the tough times.

PHOENIX — It's an odd crime, but also a sign of desperate times. A Valley farmer was hit by thieves -- and they were after eggs.

Farmer Frank Martin says eggs have been in high demand recently. His farm often sells out of 50 dozen eggs at the farmers market within 15 minutes of opening.

For 20 years, Farmer Frank has been running Crooked Sky Farms in south Phoenix and says this crime was a first.

He says someone cut through a nine-foot-tall, barbed-wire-lined fence to steal a generator and a crate carrying 20 dozen eggs.

Whether the motive was to hoard them or resell them, Farmer Frank says it's a telling crime.

"People do get more desperate. I think we had that during the recession back in the mid 2000s," he said.

There's another sign of the times playing out on his farm.

Crooked Sky Farms was one of the first in the Valley to start CSA boxes, Community Supported Agriculture, a weekly farm-to-table subscription.

Since the coronavirus outbreak the farm is selling to up to 100 families a week in the Valley and delivering to 400 families in Tucson.

To maintain social distancing and keep up with increased demand, Crooked Sky Farms does schedule its CSA pickups. The subscription runs about $25 a week.