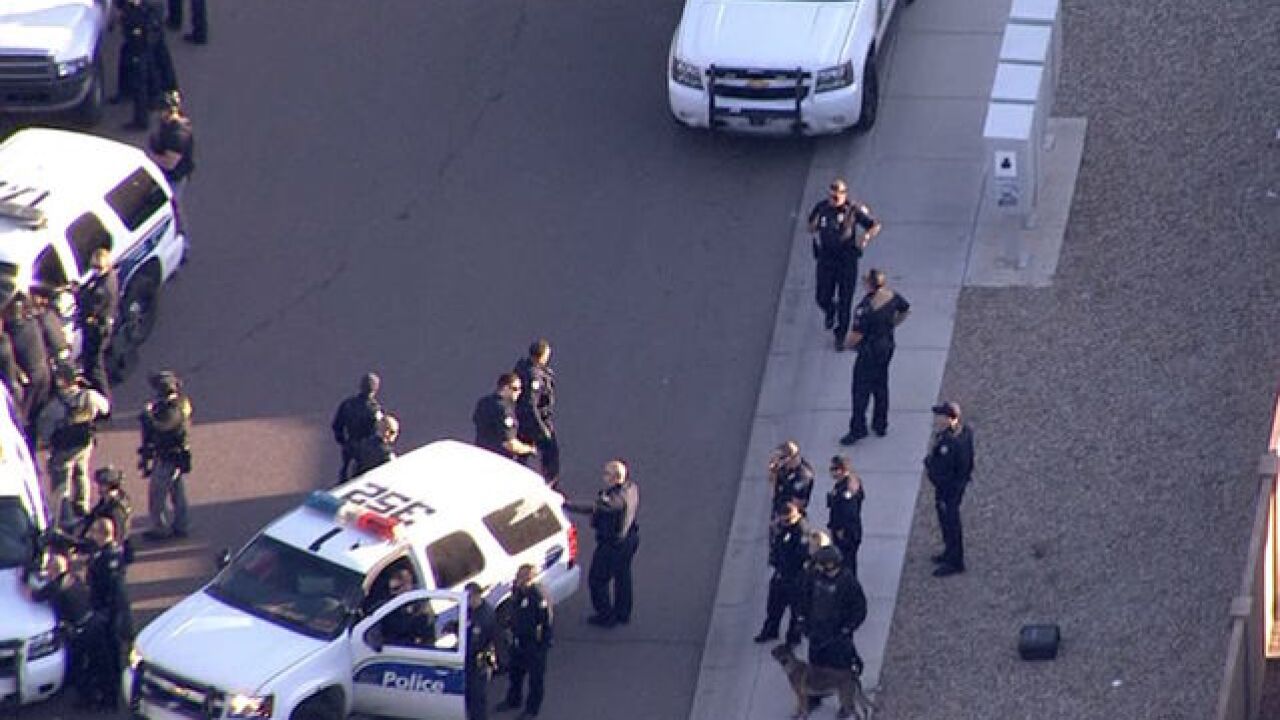 Police have released the name of the suspect who died during a shooting with an officer in south Phoenix Thursday evening.

Around 4:30 p.m. a neighbor in the area of 99th Avenue and Broadway Road called police after seeing 27-year-old Jacob Uptain walking through the neighborhood and approaching several homes before entering the backyard of a vacant home, a police spokesperson said.

According to officials, the neighbor peaked over the backyard wall and saw evidence that Uptain had entered the home. The witness called the home's realtor and confirmed that no one should have been inside.

When officers arrived at the scene, the suspect was in the driveway. Officers attempted to talk to the suspect who had a visible handgun and knife in the waistband of his pants, authorities said.

A police spokesperson says when an officer asked Uptain about the weapons, he lifted his shirt revealing that he had a second handgun.

The officer then returned to his patrol car and ordered the suspect to keep his hands held up, however, the suspect reached for his waist and ran into the street, officials said. As Uptain approached the officer's SUV, the officer fired several shots at the suspect.

Afterwards, more officers arrived at the scene and used a stun bag to hit the suspect to ensure that he was no longer a threat, officers said. The suspect did not respond to the stun bag and officers pronounced him dead at the scene.

Once officers entered the home they discovered several other weapons inside that they determined were not left by the previous owners.

The officer who shot at the suspect is 43 years old and has seven years of experience. His name has not been released.