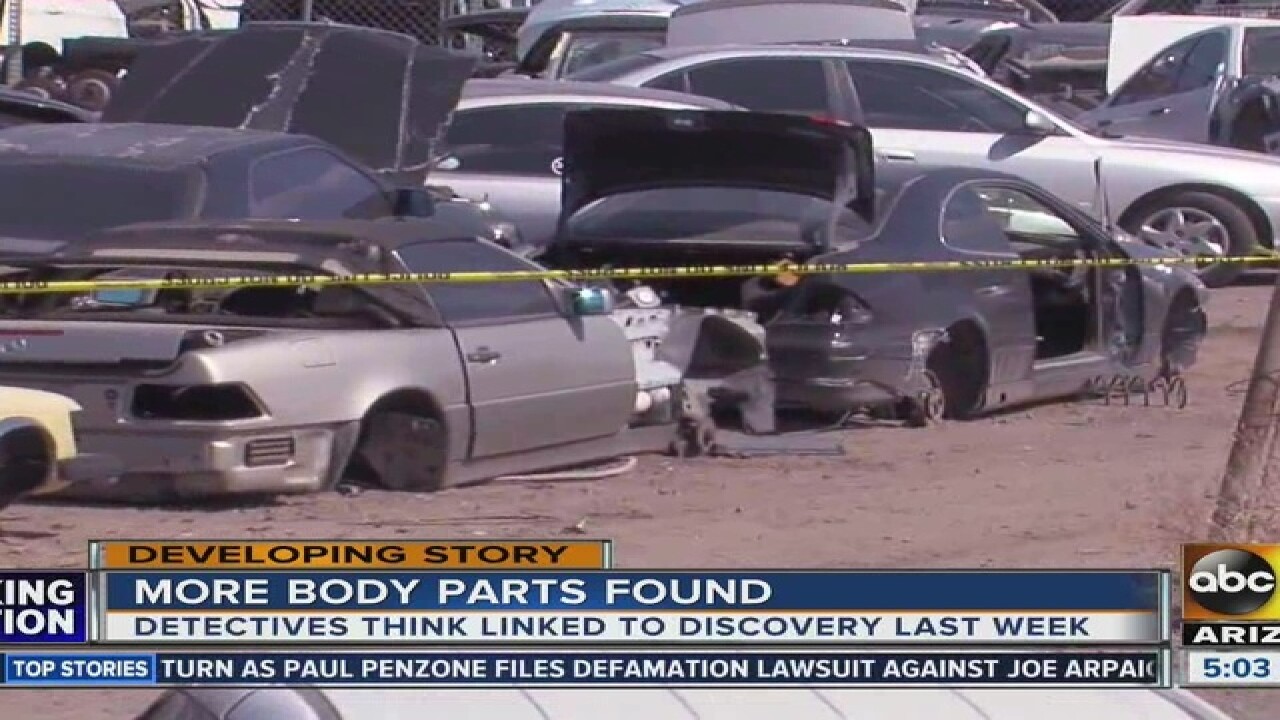 The Phoenix Police Department is investigating yet another discovery of human remains that were found in south Phoenix.

According to police, around 3:30 p.m. Thursday officers were called out to a commercial yard near 24th Avenue and Broadway Road.

People at the commercial yard showed officers where the human remains were. Police say the remains were in a skeletal state.

Officers believe Thursday's discovery of the human remains could be connected to last week's discovery of a hand and femur at a commercial year near 25th Avenue and Broadway Road.

Police are investigating the incident. No other information is currently available.