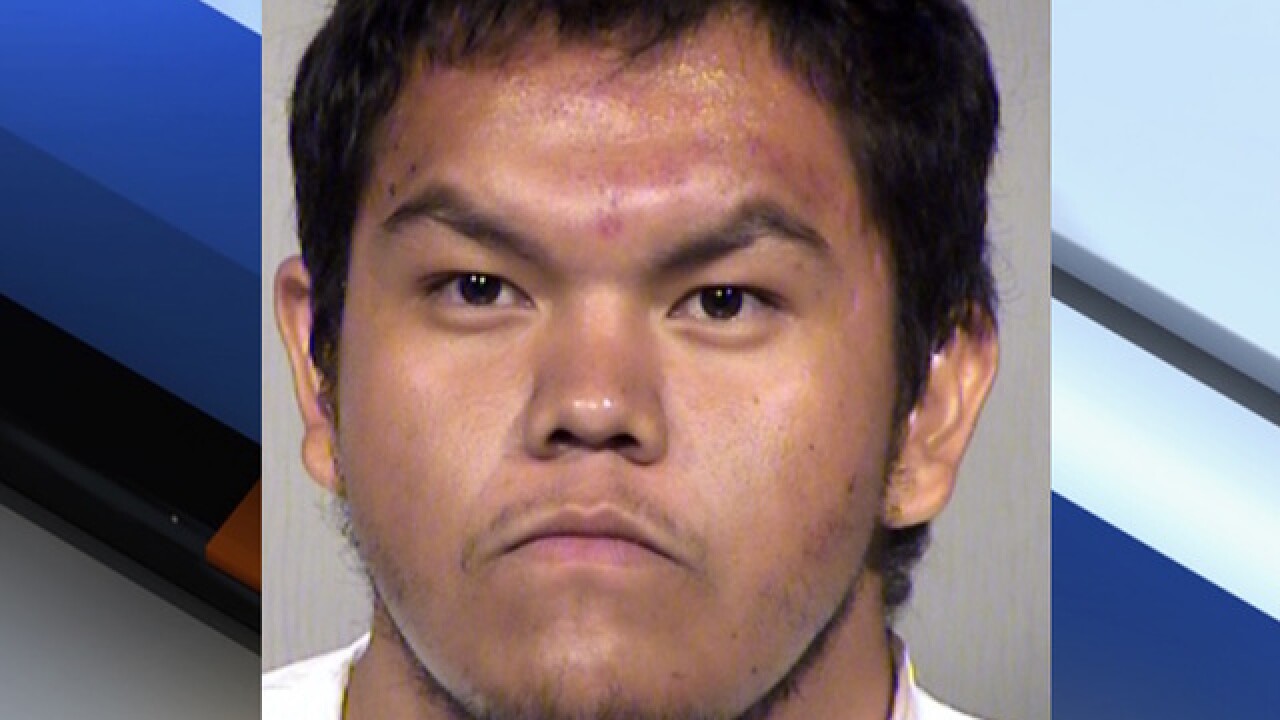 A 21-year-old man is in police custody for allegedly stabbing and killing a man in south Phoenix on Tuesday.

According to Phoenix police, around 12 p.m. officers responded to a report of a stabbing near Interstate 17 and Central Avenue.

Witnesses had reported seeing Christian Hernandez stab the victim and then flee on a bicycle.

As officers arrived, they detained Hernandez nearby. A knife was found on his person, police said.

The victim, 40-year-old Timothy Boehler, was taken to the hospital where he was pronounced dead.

According to police, a motive in the case is not clear at this time.

Hernandez was booked on a count of first-degree murder.